The executive producer discusses the series which focises on a L.A. County deputy sheriff 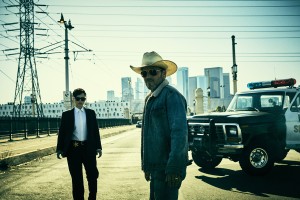 In Fox’s new Thursday-night series DEPUTY, Stephen Dorff stars as Bill Hollister. Bill is a Los Angeles County deputy sheriff who does not get along well with management. Then the current L.A. County sheriff dies and, due to an unusual technicality, Bill is promoting to acting sheriff.

ASSIGNMENT X: What was the impetus to make DEPUTY? Is it just because people don’t normally think “Los Angeles” and “Sheriff’s Department” together and you thought that would be interesting?

CHRIS LONG: No. [Then-real-life L.A. County] Sheriff [Jim] McDonnell approached David and I probably two years ago. He was adamant about saying that he doesn’t feel like the police department was represented in a positive manner, and that all you saw in the news was the horrific things that police were doing, but you didn’t see all the good that they did. And he was having a hard time recruiting deputies. He was having a very difficult time getting people to sign up, and he was trying to figure out what he could do about that, and he was taking a page from the U.S. Army, which basically did a marketing spin on getting people to sign up. And we said, “David’s done END OF WATCH, and it was really successful,” and he felt like we represented the brand well, and that was our first meeting. He was a huge fan of END OF WATCH. Not a huge fan of TRAINING DAY [Ayers’s film depicting a corrupt police department]. Probably a reason for that, but he was really adamant about getting an accurate depiction, and that’s the brand of our company. It’s about authenticity and making sure we represent everything we do in a manner in which the people who do the job are proud of it when they watch. That’s the most important thing to David and I, is making sure the deputies who watch this feel like they’re looking in the mirror.

And then we started writing DEPUTY with Will Beall, and McDonnell got ousted [laughs]. That was really a little disappointing. We just kept down the road of keeping to what he wanted out of respect for him. 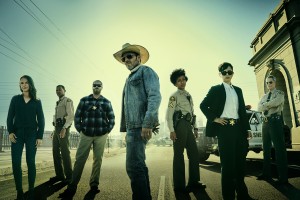 AX: Bill Hollister is actually more what people think of in terms of a “sheriff” – he rides a horse, does things his own way – than Los Angeles County law enforcement. Was that particular sort of main character like, “Well, this would be interesting, or fun”?

LONG: Yeah. Will and David and I sat, and we said, “We all like cowboy movies, and we all like that kind of swagger, and it would be cool to incorporate that in the modern era.” And so having someone like Stephen play somebody who’s a little bit rough around the edges, but is overall not what you think he is – he’s for what’s good and right, and doesn’t really worry about the politics and how it affects other people. 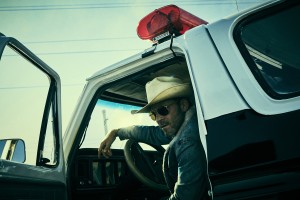 LONG: We haven’t had any conflicts yet, because our Sheriff’s Department storylines are a little different. They seem to go out after big natural disasters and other types of storylines. We’re more about the characters and the people and their storylines. A lot of the stories we get, we pull from our consultant who comes in. I say, “Tell me the ten best cases you have. Tell me the stories. Give me something interesting.”

AX: Right now, Bill Henderson is only the Sheriff until a new one can be elected. Assuming you get a second season, how much of first season is going to be groundwork for how Bill is able to keep his job?

LONG: I don’t want to assume. I want to know we’re going to get a second season.