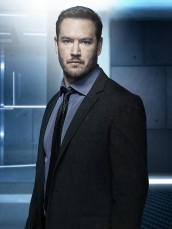 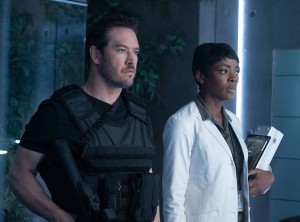 In Fox’s freshman Monday-night drama THE PASSAGE, a scientific project meant to cure a virus has gone very wrong in every possible way. Experiments on death-row inmates have been expanded to include a child, Amy Bellafonte (Saniyya Sidney). Mark-Paul Gosselaar plays Brad Wolgast, a soldier tasked with bringing Amy to the secret scientific base. Wolgast rebels and has become Amy’s protector, trying to get her away from the project and the experimental subjects, who have essentially become telepathic vampires. Wolgast doesn’t let Amy’s new connection to the bloodthirsty “Virals” scare him off.

Gosselaar has been acting for most of his life. A California native, Gosselaar starred in the teen comedy series SAVED BY THE BELL and its spinoffs, GOOD MORNING, MISS BLISS and SAVED BY THE BELL: THE COLLEGE YEARS. He then moved on to playing adult leads in NYPD BLUE (as a police detective), RAISING THE BAR and FRANKLIN & BASH (as lawyers), and Fox’s PITCH (as a baseball coach).

ASSIGNMENT X: Were you looking to do a genre show before THE PASSAGE came along? Because for awhile, you’d been doing very reality-based series …

MARK-PAUL GOSSELAAR: It was a happy coincidence. I had a relationship with 20th [Century Fox], and was waiting for the fate of PITCH, and read a really good script, and put my name in the hat in case PITCH didn’t get picked up, and unfortunately, it didn’t. So I happened to be in the right place at the right time.

AX: So you went from baseball to bats …

AX: Is there any aspect of doing genre that appeals to you? Are you finding fun things about it?

GOSSELAAR: Oh, yeah. I’ve never done something like this before. I’ve always wanted to do conventions, and this is a perfect way to get into them, honestly [laughs].

AX: Have you done any yet?

GOSSELAAR: I did Comic-Con for the show, and I thought, “This is great.” I’ve been in the business for thirty years, never been on anything that would fall into the category, so yeah, I’m looking forward to [doing more conventions].

AX: How was the Comic-Con experience?

GOSSELAAR: Was great. Had fun. I felt Comic-Con was just a great way for people to connect with you other than social media, and you kind of get sense of the passion for the projects that you’re working on, and I thought it was a really neat experience.

GOSSELAAR: It’s a bit of both, now that I think about it. As this season progresses, Brad will evolve. He becomes very clear that his job is to protect Amy. But through that, the character evolves. And we see that in Episode 7, when we get a little bit of his back story and understand why he decided to protect Amy in the first place. We see the back story between him and Lila [Brad’s ex-wife, played by Emmanuelle Chriqui], and what happened with their daughter, the tragic incident that happened.

AX: Do you have a favorite scene or episode from THE PASSAGE this season?

GOSSELAAR: I really like what we’re going to do in [Episodes] 9 and 10. I feel like 10 is a really special episode – that’s our last episode [of the season] – but I feel like 9 is really ambitious for broadcast television. Both 9 and 10 are probably my favorite.

GOSSELAAR: When I read that script, I thought, “Are we shooting a film here?” It was nuts. And to be able to accomplish what I hope they were able to accomplish was on the page, but it’s really a testament to Jason, and I’m so glad that we were given the opportunity on broadcast, because I think, watching the shows – I haven’t seen them all, I’m watching them with the audience – but watching how cinematic they are, there’s nothing really on broadcast that looks like this. It’s unreal. Watching the tone, and the way that everything’s been filmed, it’s nice to see that on broadcast. 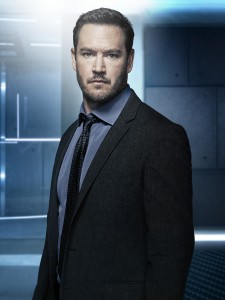 GOSSELAAR: I have a development deal at 20th, so I’ve been developing for them. I’m currently doing a comedy with Elan Gale, who’s the executive producer of THE BACHELOR, and trying to develop his book into a comedy. So I’m having fun on the producing side of things.

GOSSELAAR: Sh**’s about to hit the fan.