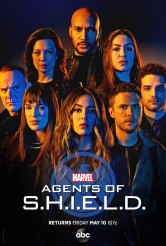 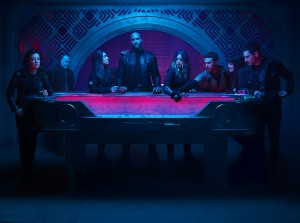 MARVEL’S AGENTS OF S.H.I.E.L.D. seemed to have wrapped up its various storylines at the end of Season 5 in an episode entitled “The End.” SHIELD director Phil Coulson (Clark Gregg) chose to deny himself a life-saving antidote that Daisy/Quake (Chloe Bennet) could instead use it to save the world. Fitz (Iain De Caestecker) also died heroically, but due to a time paradox, another version of Fitz was still in stasis in space, leaving the possibility that his wife Jemma Simmons (Elizabeth Henstridge) might someday find him. We last saw Coulson on a beach in Tahiti, enjoying his last days with agent Melinda May (Ming-Na Wen). That finale seemed pretty final.

And then ABC renewed AGENTS OF SHIELD for two more seasons. Gregg directed the Season 6 premiere, which debuts Friday, May 10. Gregg, Bennet and Henstridge are all together at a party ABC is throwing for the Winter 2019 Television Critics Association (TCA) press tour. Naturally, they can’t reveal any secrets, but here’s what they can say about the new seasons.

ASSIGNMENT X: Congratulations on the two-season pickup. When you got the pickup, did you think, “Great, we have a Season 6,” or did you think, “But we ended it! What are we going to do?” 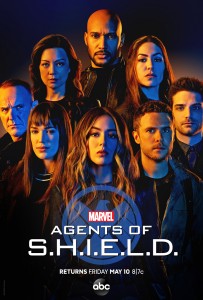 CLARK GREGG: That’s a really good question. It actually felt very much like that to me.

GREGG: I don’t know if I’m even on the show anymore. [Since this interview was conducted, it has been revealed in the press and in AGENTS OF SHIELD ads that Gregg is back as a new character.] 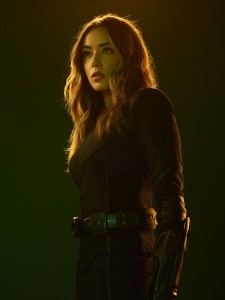 ELIZABETH HENSTRIDGE: It’s always good to have more episodes and more stories to tell. We love each other, so going to work every day is a joy, but there was a sense of, “What are the writers going to do now?” But we feel that every season, so they do their thing.

BENNET: Yeah. I almost forget what that was like, because we’ve shot that whole season, and we’ve done so much since then. We had that feeling in Season 6, and then Season 7 also, so that’s what we’re [shooting] now.

GREGG: Yeah. It was such an emotional goodbye, we thought the show was maybe over, that’s what some of the stories said, so we all said this very sad farewell to each other, and I felt like then we drove to the airport, and then they called us and said, “Actually, your flight’s canceled, let’s go back and spend another bit of time together.” And for a minute, that was weird, but I felt like the writers said, “What the hell? Let’s go for it.” And they’ve really pulled out all the stops. I didn’t know there were any stops left, but they’ve pulled the rest of them out. 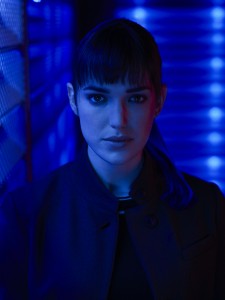 GREGG: I directed one last season, I directed the first one of Season 6, while they were deciding if they wanted me on the show anymore. But Elizabeth is someone who has a real eye, and a gift for that, and she’s been following a lot of the directors around to pick up that stuff, so we’re really hoping that we see an episode directed by Elizabeth Henstridge in the very near future.

AX: And what would you advise the audience to come to AGENTS OF SHIELD Season 6 with, in terms of expectations?

BENNET: An open mind. Because we’ve done so much already, and because there’s kind of a f*** it mentality in the way that every character has been through so many things, that they’ve given us a lot more room to play this season in terms of more one-off episodes, really exploring different dynamics between each of the characters. Me and Elizabeth got to shoot a lot this season together, in pursuit of Fitz, which was really fun, because it was really a girl cop partner dynamic for us, whereas for some other people, it’s a completely different experience. Every character is seen in a new light, which has been fun. 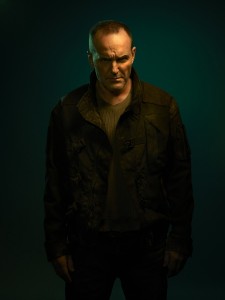 HENSTRIDGE: And we still respect Coulson’s memory. I think that’s such a huge thing for the fans, when Coulson died, and it’s a huge thing for us as well, and this season, just trust us and come back to us, because we’re right there with you, we get it, we get how hard it is to lose him, but we’re not going to let you down. We have some really good stuff.

GREGG: I got nothing. That was perfect.