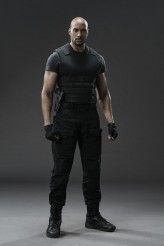 The actor discusses the highlights of playing Mack 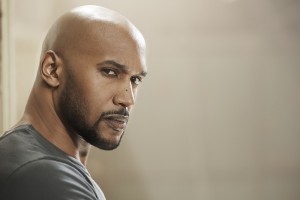 Season 5 of MARVEL’S AGENTS OF SHIELD has been a busy one for Henry Simmons’s character, Alphonso “Mack” Mackenzie. When the team is thrust into a future ruled by hostile Kree aliens, Mack and his significant other Yo-Yo (Natalia Cordova Buckley) inspire the cowed human populace to rise up against their oppressors. Additionally, although Mack (unlike some of his fellow agents) is a regular human with no super abilities, he was the one to personally bring down Kree leader Kasius (Dominic Rains) in the midseason finale. However, we’ll have to stay tuned for when MARVEL’S AGENTS OF SHIELD returns for the second half of Season 5 on Friday, March 2, to find out if Mack and Yo-Yo made it back home to the present with their friends.

Simmons, originally from Connecticut, was a regular on NYPD BLUE, SHARK and RAVENSWOOD. During a visit to the AGENTS OF SHIELD soundstages, he talks about some earlier highlights of playing Mack.

ASSIGNMENT X: Mack got to take on being Ghost Rider for a little while. When you joined the show, did you think you were going to transform into Ghost Rider and get powers at some point, or did you just think you were solidly with the human humans?

HENRY SIMMONS: I was a mechanic – well, I am a mechanic, I should say that. But when I was first brought onto the show, the only thing they told me is, “We want to see the other side of S.H.I.E.L.D., we want to see the mechanisms of S.H.I.E.L.D. Instead of the surface, we want to see the people that actually work, the working people.” That’s all they told me, so that’s what I assumed I’d be doing. Now, after a couple of episodes, I figured I would be out in the field, shooting a gun, but to do everything I’m doing now – no way, no way I would ever have thought that.

AX: When Mack became Ghost Rider, you had to wear a costume with a light at the top. Does wearing a light on your head make you feel silly, or does it make you go, “Hey, I’m in superhero garb …”?

SIMMONS: [laughs] It makes you feel silly. But I will tell you, the thing is, you have to fully commit and truly believe in everything, because if you start doing it and you’re like, “Oh, this is silly, this is silly,” then the audience isn’t going to buy it. So as an actor, I have to really commit and believe in it and trust everything and just go for it. And just forget about all that crazy stuff on my head.

AX: Where is Mack at with that whole experience? The Robbie Reyes character played by Gabriel Luna felt that he had become very dark for doing that, and Phil Coulson, played by Clark Gregg also had some concerns when he took on the Ghost Rider mantle. Then again, Mack did it relatively briefly …

SIMMONS: I would say that being the Ghost Rider, it leaves a mark I think on anyone, that spirit of the Rider possesses. And Mack is no different. It left its mark on Mack, but in terms of opening doors that Mack has tried to keep closed for a good while, and been successful, to some extent.

AX: For awhile last season, Simmons was paired in the field with Coulson as a fellow field agent. How did you enjoy those sequences? 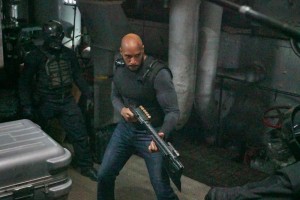 SIMMONS: I love working with Clark. The thing I like the most – he’s a great guy, his personality – we jell together very well. But also, from an actor’s perspective, I learn from him because he is also a director. So he doesn’t just approach things from an actor’s [viewpoint], he has a director’s eye. So when I sit there and I see how he looks at a script, or questions certain things in a script or what kind of shots they’re using, then I’m learning, I’m learning in the process, so I watch. He asks good questions as well.

AX: Can you give a specific example?

SIMMONS: He’ll ask, “This shot here, if we’re doing this shot, are you tying it – how are you tying it in with this?” And then the director will explain. He goes, “Oh, okay. Great.” But there have been other things where he’ll switch the structure of a sentence, because he feels like he’ll be able to be stronger in certain ways. Things like that.

AX: What would you most like people to know about MARVEL’S AGENTS OF SHIELD going forward?

SIMMONS: Going forward, that there is a lot to be unraveled, that it all ties together, and you don’t know who to trust. Anyone, and maybe everyone, is in jeopardy.

This interview was conducted during a Marvel/ABC-sponsored set visit for the Television Critics Association (TCA) press tour.