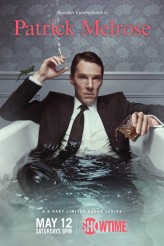 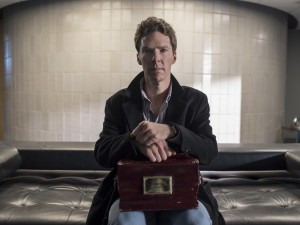 Showtime’s miniseries PATRICK MELROSE, airing over five Saturdays, is a dark comedy/drama adapted from the series of novels by Edward St. Aubyn. Benedict Cumberbatch, also an executive producer on the project, stars as Patrick Melrose, a man trying to recover from the damage inflicted by a wealthy, abusive father (Hugo Weaving) and a mother (Jennifer Jason Leigh) in resolute denial.

Michael Jackson (not to be confused with either the late performer or the radio host) is another executive producer on PATRICK MELROSE. Jackson has produced many documentary series, including CIVILISATIONS, THE GENIUS OF PHOTOGRAPHY, and AMERICA: THE STORY OF US.

Jackson explains during a press Q&A that he and his producing partner Rachael Horovitz had already acquired the rights to the PATRICK MELROSE novels, when someone forwarded them a Tweet where Cumberbatch stated that Patrick Melrose was one of his dream roles.

In a one-on-one discussion after the panel, Jackson goes into further detail.

ASSIGNMENT X: You really found out about Benedict Cumberbatch’s interest in PATRICK MELROSE via Twitter?

MICHAEL JACKSON: Right. We saw a Tweet, and we responded – we thought, “He’s the perfect man for this role,” and so we contacted his representatives, and Benedict said, “Yeah, let’s have a coffee and talk about that.”

AX: Had you worked with Benedict Cumberbatch before?

AX: Had you worked with any of the other cast members before?

JACKSON: No. They’re all new to me.

AX: How was it working with them? 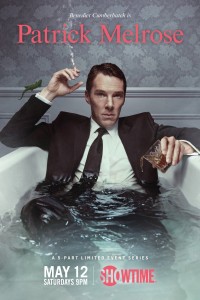 AX: Were any of them particularly collaborative? Obviously, Benedict Cumberbatch had some strong ideas …

JACKSON: He is a producer, and was very collaborative and very involved. But everyone was engaged in their parts and made suggestions about changes and really fought for their characters. It was interesting that Jennifer thinks the character that she plays, Patrick Melrose’s mother, isn’t complicit with his father, with the husband’s child abuse. I don’t agree with her, actually. But she’s protecting her character, she believes in her character.

AX: Was PATRICK MELROSE always set up to be a British/American co-production?

JACKSON: Yes. We started developing it in the U.K. and when we had scripts, we pitched it over here, and Showtime bought it.

AX: Is the story set in England, is it set in America, is it set somewhere else?

AX: Is Benedict Cumberbatch is playing an American or an Englishman?

JACKSON: Benedict Cumberbatch is [playing] sort of a wastrel British aristocrat. Jennifer Jason Leigh is his American mother, Hugo Weaving is his British father, and Allison Williams is a girl that he tries to seduce in New York.

AX: And Anna Maidley, the actress who plays Patrick’s wife, is British. So nobody’s trying to do an accent that isn’t theirs, some of them are just contending with age makeup on camera as their characters grow older …?

AX: You have the same screenwriter all the way through?

AX: And the same director all the way through?

AX: Was there any consideration of maybe having different directors do different episodes?

JACKSON: Yeah, that was a way to go, to have five very different directors for each different period. That was certainly something we talked about. But I think we benefitted in the end from the cohesion of having one director.

JACKSON: I think these days, television and movies have crossed over. So I think it has the feel of a movie, and the look of a movie, but it has the time that television gives you to tell a story at its proper length.

AX: And there’s BIG LITTLE LIES, where it was a miniseries while it was airing, and has subsequently been announced as a series. Does PATRICK MELROSE have the possibility of doing that?

JACKSON: Not really. But who knows, maybe we’ll do a Christmas special [laughs].

AX: Did you learn anything over the course of making PATRICK MELROSE?

JACKSON: I learned that you could shoot in New York very effectively in Glasgow [Scotland]. They shot WORLD WAR Z there on a much bigger budget, on the same street. Glasgow has a grid system, so it stands in pretty well.

AX: What would you most like people to know about PATRICK MELROSE?