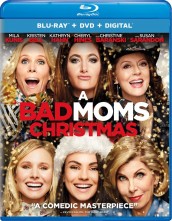 Reviewed: A BAD MOMS CHRISTMAS, DAY OF THE DEAD: BLOODLINE and more 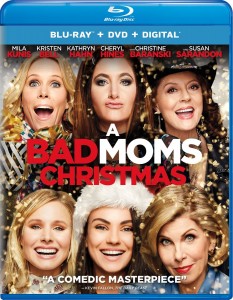 Sequels either go a few ways, either it’s a sh**show, something that is decent but doesn’t measure up to the original, in rare cases, tops the original. A BAD MOMS CHRISTMAS falls in the middle here as there are indeed some funny moments but begins to take itself surprisingly way too serious toward the end. As with the original, the content is for adults only and there are plenty of moments that question the boundaries of good taste but that’s what we expect going into a film such as this. One of the problems is that they bring too many new characters which clouds the original cast although Christine Baranski steals the show here. Bonus features include additional scenes, gag reel and trailers.

DAY OF THE DEAD: BLOODLINE 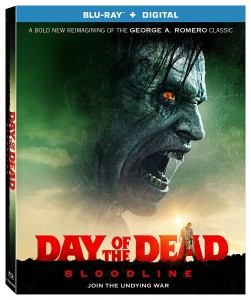 Remaking or even re-imagining one of the classic zombie horror flicks from George A. Romero seems to be never a good idea. The films are never met with very much approval, mostly because they are never any good. They have shoestring budgets and as much as they try to capture the same magic as Romero could, they fall flat. The remake of the NIGHT OF THE LIVING DEAD and DAWN OF THE DEAD leave a lot to be desired and those are considered to be Romero’s best flick. The original DAY OF THE DEAD while it has its moments, isn’t regarded as highly as those two, so an homage to that film already has its work cut out for it. What’s here is pretty regrettable, as the plot involves a weird romance of sorts between a zombie that is a stalker for a human female that is in a bunker trying to hold off the hordes. While it carries the title, it is nowhere even close to an homage or even a re-imagining, it is just another in a series of bad films capitalizing on the glory of the horror icon.

THE GUARDIAN: THE COMPLETE SERIES 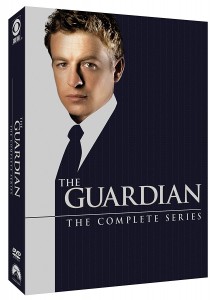 THE GUARDIAN was a CBS series that lasted for three seasons that focused on an attorney that is ordered to perform 1,500 hours of community service. At first it is a burden and something he has no real interest in doing but soon he begins to learn this is his true calling by making a difference in the people that need help the most. A total of 67 episodes are included in this new re-release of the original set and unfortunately again they decided not to include really any extras in here. It would be nice for fans to get a retrospective or new interviews with the cast on the show. If you were waiting for a new digital cut of the series, it is finally here.

WAR OF THE WORLDS: THE COMPLETE SERIES 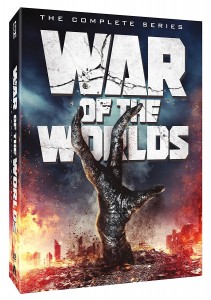 WAR OF THE WORLDS: THE COMPLETE SERIES | © 2018 Paramount Home Entertainment

Before cable television hit its stride with creating amazing content and series, it was a wasteland of shows that were distributed through syndication among various outlets. The series was based on the novel of the same name by H. G. Wells that documents an alien invasion on Earth. It actually picks up after the first movie of the same ends where the aliens were not actually killed by germs of Earth but went into suspended animation and a cover-up by the government made it seem like the invasion never happened. However, much like many zombie movies someone comes across the aliens and sets them free unleashing the aliens once again on humanity. The show was one of the early attempts by cable networks and small stations to capture viewership away from the major networks. Funny how now the majority of good programming resides outside the networks and some could say this was one of the original franchises to bring about this change. The collection includes all 42 episodes that aired in syndication on 11 discs. 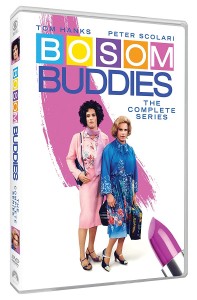 Funny that this was how Tom Hanks got his start cross dressing on a network sitcom where he and his friend Peter Scolari had to pose as women to rent a female-only apartment. Of course, hilarity ensued. It didn’t last long, the complete run is just 37 episodes, but it is famous for pushing the boundaries of what could be presented as funny in the comedic network landscape. It also is famous as the launching pad for an actor that would become one of the greatest in a generation.