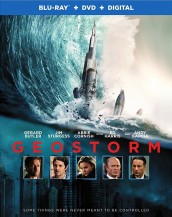 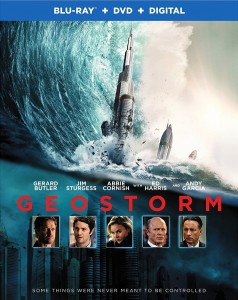 GEOSTORM is universally panned as being down-right awful because of its nonsensical plot and CGI extravaganza that rivals JUPITER ASCENDING. More than that, it is downright preachy in its calls that pretty darn soon the Earth is gonna start hating humans and wiping them off the planet with a series of catastrophic disasters that can’t be stopped. Now, don’t get me wrong when I say this that yes it is nonsensical, yes it is preachy and yes it is a CGI fest, however, maybe because my expectations were so damn low going in that I didn’t mind the movie at all. In fact, if you leave your brain at the door and realize this is just entertainment and nothing is at all close to real here, it is a Michael Bay level explosion/disaster flick and the CGI while goofy at times isn’t bad when the actual disasters are going on. Now, like I said the plotline is bunk but if you are looking for an action flick without any substance, this has it in spades. 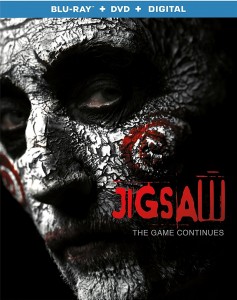 I have always been a fan of the SAW franchise because nothing is ever at all as it seems. Yes, people are dying left and right in horrible, terrible ways but who is being killed and why as well as who is setting up these dastardly traps is always up in the air. Obviously, with the Jigsaw killer dead and gone when the police are notified that someone is playing another game with lives at stake, everyone is curious as to what is actually happening. Once again, there are elaborate traps that are set up that unfortunate individuals must pass or die immediately. Again, not all is what it seems because if they were just to follow the rules, it would be fine and they might just loose a limb or get cut. However, as with other SAW flicks they never do that and they end up a bloody torn up corpse of some kind. It isn’t the greatest of these movies but it isn’t the worst either. You know what you are getting going in but this is still a fun ride and hopefully won’t be the last of the franchise.

THE KILLING OF A SACRED DEER 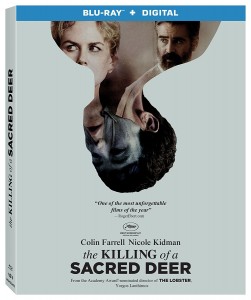 THE KILLING OF A SACRED DEER | © 2018 Lionsgate Home Entertainment

An arthouse flick starring Colin Farrell and Nicole Kidman about a surgeon who befriends at teen after his dad dies on the operating table. At first it begins as expensive gifts and dinner but soon the teen becomes a bigger part of the family. The teen is strange because he begins acting strangely and his motives seem unclear as continues the doctor’s family begins to fall sick. Who is this boy and why is he so angry with this man and his family? It is a psychological thriller but one that seems to fall flat because the performances are not that great and the plot drones along to the big reveal which you can see coming about a third of the way through the flick.