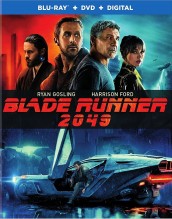 Reviewed: BLADE RUNNER 2049, IT, GIRLFRIENDS: THE COMPLETE SERIES and more 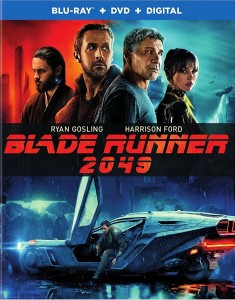 So, I really liked this. I know that it was very mixed between people who thought it was too long or too convoluted or too preachy. But I thought I was as best of a follow up to a movie that is 35 years old as it is highly entertaining and expands upon the whole BLADE RUNNER universe. It also has concrete ties to the original film beyond just bringing back Harrison Ford as Dekker. While he plays a role that is extremely important to main plotline, he doesn’t overshadow the new characters that are introduced including police replicant K played by Ryan Gosling. Above all else, the movie is just filled with eye candy and a realistic view of how the future may actually be in just a few decades, just as the first movie did. So while some may not like it because of its length or because it isn’t what they hoped, what here is great and needs to be appreciated for what it is. Extras include the three prologues that tell a bit of the backstory to the main one and are excellently done. There are also six featurettes that show the behind-the-scenes making of the movie. Highly recommended. 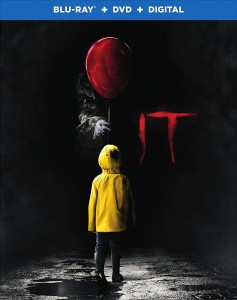 The original IT that debuted on television was decent but it was limited in terms of what could actually be done because of standards and practices. Tim Curry as Pennywise earned a lot of praise for his performance as the menacing clown and many people believe him to be the end all be all of horror clowns. But the clown in this modern version of IT, is probably the scariest character that has been on screen in a very long time. I mean no one likes clowns, right? Killer clowns that eat children and can change shape? That’s the worst and it is played to the extreme here with Pennywise a terrible demon clown that feeds on souls of the young. The movie does an interesting job of taking what works from the novel and what didn’t and only giving us the good stuff. While the kids are the main focus here, instead of the original the focused on the adults that had lived through the terror of Pennywise, it works. While the ending is a bit too focused on the action aspect of horror, the overall film is enjoyable as well as scary, which is hard to find in an age of horror flicks being churned out by the dozen. The extras include three featurettes on the making of the movie as well as deleted scenes. 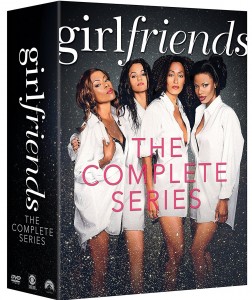 This series was a sitcom that ran from 2000 through 2008, which is impressive for any sitcom to run for eight seasons. Originally it was on The WB but when UPN merged with it, it was one of the major attractions on the new The CW which is still going today. It featured the lives of four different black women through their loves and loss. Unlike the previous DVD set that was released, this set is much more compact so it takes up less space but contains all the legacy special features from the previous releases and includes all eight seasons from the show for a lower price than the original set. If you were waiting for the price to come down and take up less space, here it is. Probably won’t get much better than this until it becomes available digitally. 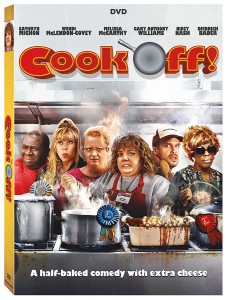 This is a mockumentary that deals with a number of crazy contestants that are competing for a one million dollar prize in a cooking contest that takes place on a farm. Through different perspectives of the contestants as well as the foodies, judges and media it is revealed that not all the chefs are exactly what they claim to be. There are a number of funny moments here as is true in many mockumentaries but if you are looking for the next BEST IN SHOW or WAITING FOR GUFFMAN this isn’t it, unfortunately. It just isn’t funny or entertaining enough although Melissa McCarthy does a good job with the materials she is given. If you need a good laugh this will provide some but not a hilarious journey like some of the other movies in this genre.

THE HOUSES THAT OCTOBER BUILT 2 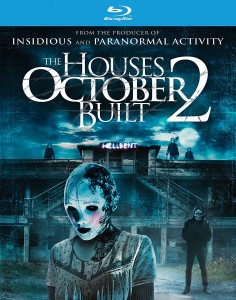 The first horror flick THE HOUSES THAT OCTOBER BUILT was a look at how horror houses use fake blood and props but beyond the scenes some nefarious stuff is happening that is actually real. Five unfortunate people find themselves hunted from the freaks at a haunted house to be put into the next exhibit. The sequel picks up where the last one left off with the friends suffering from PTSD must face their fears and attended attractions again in order to get over it. But once again, they find that extreme hunt haunted houses are once again showing signs of being around and they must once fight for their lives. It is a good sequel with some decent scares but is slightly predictable.