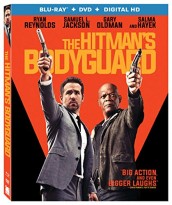 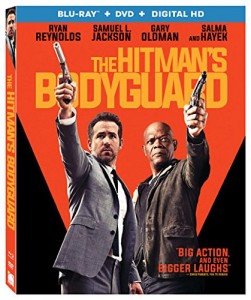 When I first saw the trailer to THE HITMAN’S BODYGUARD I thought it was another big miss for Ryan Reynolds in a continuing up and down career. However, my low expectations may be one of the reasons that I liked the film. It doesn’t really pretend to be anything more than it is which is a totally impossible, corny flick that is incredibly chalk full of foul language, which doesn’t bother me at all. Reynolds plays a body guard that is tasked with protecting a witness that is going to testify against a killer. However, the two have history and it isn’t pretty leading to many confrontations between the two over their crazy relationship. The action is pretty good and the comedy is stupid but it is supposed to be. Overall, while not really ground breaking on any levels, it is enjoyable if you don’t expect it to be anything but brain dead entertainment. A good amount of stuff in the extras including outtakes, deleted, extended and alternate scenes, a couple of featurettes and more. 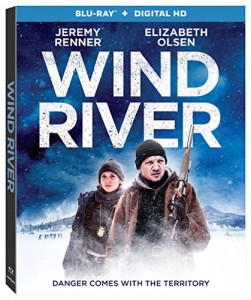 It is interesting to see two actors that have been involved in the Marvel Cinematic Universe do something together that doesn’t involve them having super powers. I guess that will continue to be an issue moving forward as there are so many well-known actors involved that it is bound to happen at some point. In WIND RIVER, we have Jeremy Renner and Elizabeth Olsen as investigators that team up to find a dangerous killer in a remote location on Native American territory. It is an interesting tale that involves many Native Americans in roles where they don’t trust outside law enforcement and over time details emerge as to what is going on and who is the killer. Both Olsen and Renner do a good job as they are capable actors that show they move beyond superhero roles and continue to have a flourishing career. Not much in terms of extras here beyond deleted scenes but the movie is enough that it is worth checking out. 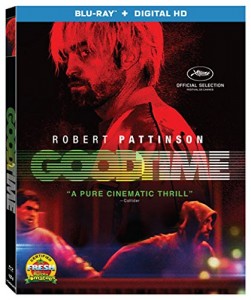 Robert Pattinson is best known for his turn as Edward as in the TWILIGHT movies, which really didn’t allow him to stretch his acting chops. But in GOOD TIME he shows that he actually is a good actor that can handle a lead role that doesn’t involve sucking blood. GOOD TIME is a crime thriller where Pattinson plays a robber who is unable to escape those that are searching for him. He does this because he is trying to help his trouble brother but everything backfires and most of the movie Pattinson is frantically trying to decide to either fight or flight from his situation. The movie is at times claustrophobic but at all times tense in that you end up rooting for the main character to actually succeed but things just never go the way you want. An audio commentary, deleted scenes, featurettes and interviews are on the extras. If you like crime dramas, this will definitely fit the bill.