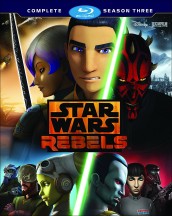 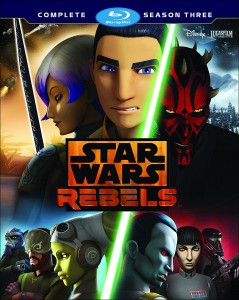 I’ve said this many times on both the POP SHOW podcast and the Dorking Out Show podcast that STAR WARS: REBELS is the best STAR WARS show that not enough people are actually watching. For starters, it is not a George Lucas type of adding kids’ stuff into a science fiction movie but instead it is geared toward children but with enough cool STAR WARS elements that any fan can enjoy. Season 3 really cranks up the action and lore with a renewed fight between Obi Wan and Darth Maul (yes, he survived), call outs to characters and plots of STAR WARS: ROGUE ONE and the official introduction of one of the greatest expanded universe villains of all time (now in the “real” universe) Grand Admiral Thrawn. Thrawn was the main antagonist in the expanded universe books from Timothy Zahn and has long been a fan favorite in the franchise. All this combined is a much watch for any fan with so many ties to so many different properties and movies in the STAR WARS compendium, 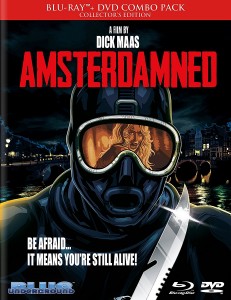 In addition to having one of the best movie titles maybe ever, AMSTERDAMNED is a serial killer flick where the murderer in question kills random people but then disappears leaving police baffled. As the body count grows, a detective gets way too close, endangering his own girlfriend in the process. The film is a good horror film with a good amount of gore and keeps your guessing as to if the killer will be caught before some terrible happens to the main characters. This is a Blue Underground title that has been restored in 2K resolution from the original Dutch negatives. There are a host of special features including new featurettes with the cast, a new audio commentary and a bonus collectible booklet. 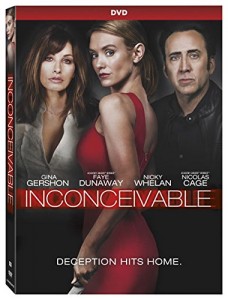 I know what you’re thinking … after all these years how could Hollywood make a prequel to THE PRINCESS BRIDE focusing on the early years of the Sicilian criminal mastermind, Vizzini? Actually, that doesn’t sound half bad and considering the idea well in Hollywood has been bone dry for years, I’m surprised it hasn’t happened already. This INCONCEIVABLE has nothing to do with going against a Sicilian when death is on the line but instead is a thriller involving egg donors and the obsession of those that donate eggs once they become actual children. Surprisingly, this could be a Lifetime movie has a big cast including Nicky Whelan, Gina Gershon, Faye Dunaway and Nicolas Cage. They don’t make a lot of these types of movies anymore and this one isn’t great but passable and worthy of a watch if you like thrillers. 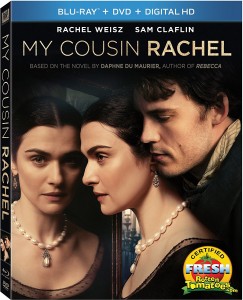 Romance movies are one thing but a romance that is a mystery? Those are general fun. That’s what MY COUSIN RACHEL tries to accomplish about a man that falls for a mysterious woman that may be a cold blooded killer. This is a remake of a movie of the same name from Daphne du Maurier’s novel. This is an interesting film because it takes a great deal of time developing the characters in the movie, maybe too much, as there are definitely parts that drag and you want to move quickly to determining the source of the conflict and figuring out the mystery. This does take place but again it takes an awful long time to get there.  So if you have patience and like a good romantic mystery this might suit you well as Rachel Weisz does a typical very good job. 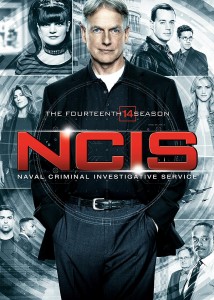 It is that time of year again, the time when new seasons of shows start to debut on network and cable television and the previous season gets released onto DVD or Blu-ray. Here we have the latest season of NCIS, the CBS heavyweight show that continues the multiple crimes that involve the U.S. Navy. Who would have thought so many crimes take place that require a group of highly trained military personnel to solve. Of course these include terrorists, assassins, cyber criminals and everything in-between. This collects all 24 episodes from the fourteenth season so if you missed out, now is your chance to catch up. 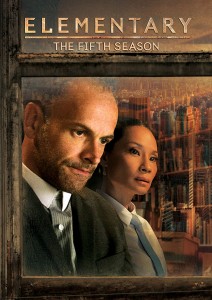 In case you haven’t seen any of the first five seasons of ELEMENTARY, the premise is a modern retelling of the classic Sherlock Holmes and Dr. Watson trope with Jonny Lee Miller playing Holmes and Lucy Liu playing Watson. While clever in some respects, the show is more of a procedural drama than anything else with the duo working with the NYPD to solve crime. Of course, these are not just run-of-the-mill cases but those that are hard to figure out so it takes brilliant masterminds to figure it out, naturally. All 24 episodes are included in the DVD set as well as special features such as flashbacks and featurettes on different episodes. 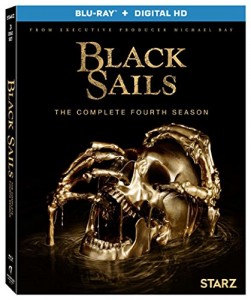 While Disney is happy to create a fantasy world where pirates run about facing crazy beasts and ghost of the past, Starz has been showing off its own pirates in a more real-world way. BLACK SAILS follows Captain Flint and a crew of pirates as the battle for booty in the West Indies. This is the final season of the series and builds toward a final confrontation between the pirates and the authorities looking to crack down on what they have been doing. The cool thing about BLACK SAILS is that what they lack in strong acting or name brand actors, they make up for in action sequences and pretty awesome set pieces that really make the show impressive. If you missed out on the final season, here is your chance to see how it all ends. 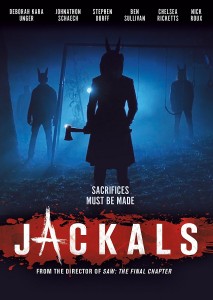 An interesting home invasion type of flick from Scream Factory that deals with a family trying to get their son back from the brink of being involved in Satanic cultists that have brainwashed him. Unfortunately for the family, the cultists show up and camp outside their house, wanting the guy back in their group. Of course, they have no intensions of actually letting the family go and a sadistic game of cat and mouse takes place leading to a bloody conclusion. It isn’t bad in terms of the suspense but there is nothing new here nor is it the best home invasion storyline as you can see what’s going to happen pretty easily. Also as is the case with many horror flicks, the decisions made by the people involved is pretty ridiculous. JACKALS is available now on video-on-demand and has a limited theater run. 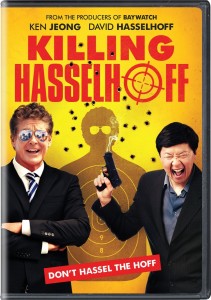 So apparently this is a thing and involves the dude from all those HANGOVER movies (Ken Jeong) finding himself in dire straits owning a nightclub. Needing money so badly, the guy decides the only way to make the money he needs is to win the celebrity death pool that a bunch of people have. Because apparently taking a loan out or getting another job is just too much trouble. As you can tell from the title, the person Jeong has in the death pool is David Hasselhoff, so he sets out to kill him and claim the prize money. Naturally there are a slew of Asian jokes, call outs to classic Hasselhoff career roles (BAYWATCH and KNIGHT RIDER) and just really terrible acting and plotlines. Avoid unless you are in need of self-punishment.