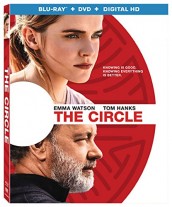 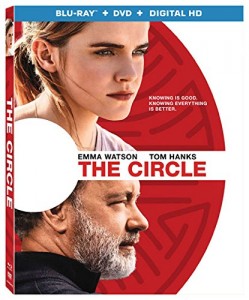 If Facebook and Apple came together and had a baby it would be THE CIRCLE. A company of immense wealth and influence that its devices and social media platform are in the hands of about two-thirds of all Americans. Emma Watson plays a new employee that gets hired in the customer service department but soon finds herself the attention of the CEO played by Tom Hanks as she takes a leap with the new technology the company is pushing to broadcast her life in real time all day. Pretty soon she is involved in decisions impacting not just the company but how politics and privacy are affected by technology and how social media is engrained in our pop culture. While there are some interesting ideas here, specifically about privacy issues, they are never fully developed and it’s left more like vaporware rather than anything meaningful. 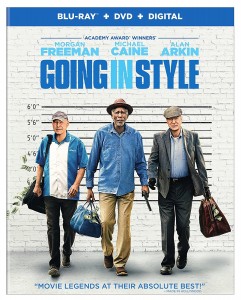 A surprisingly decent heist flick wrapped in a comedy, GOING IN STYLE, stars Michael Caine, Morgan Freeman and Alan Arkin as senior citizens that get their pensions cut off in a shady deal after working for the same company for more than 40 years. So what do they do when the bills are due and they are facing their final years with nothing at all to show for it? Rob a bank of course. So they get with a good natured criminal who teaches them the ropes and they concoct a plan that only senior citizens could pull off. While billed as a comedy, and it certainly is one, it actually turns out to be a pretty good heist flick as it pulls off a bit of the OCEAN’S ELEVEN trickery toward the end. While not a perfect movie by any means, still very enjoyable. 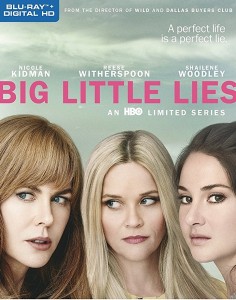 HBO’s mini-series based on the best-selling book of the same name is a full ride in that it shows that even in the highest echelons of society bad stuff happens and bad people can still do bad things. With an all-star cast including Nicole Kidman, Reese Witherspoon and Shailene Woodley it tells the story of a handful of wealthy families in Monterey California where a murder has been committed. Throughout the episodes, we learn more about the families and their internal issues as the mystery of who was killed and who did is slowly revealed. It is a great mini-series and extremely well-acted and produced. Not a lot on the extras but the main event is worth the price of admission. 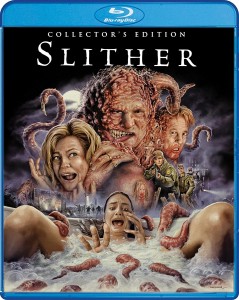 SLITHER is one of those fun movies where you can leave your brain at the door and just enjoy the carnage. The film doesn’t have a complicated plot but delivers on the gnarly aspects of horror where a parasite comes to Earth and infects a small town turning them into zombies with the only intent on infecting more humans. Before he did GUARDIANS OF THE GALAXY, James Gunn did SLITHER and earned a reputation for bringing crazy films filled with gooey goodness to the masses and the re-issue of this film with a new digital transfer it looks maybe the best it has ever looked. Because this is a Shout! Factory release it is loaded with features including a new commentary from Gunn and legacy features from the previous release. 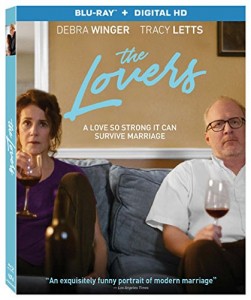 An interesting tale of love and romance for perhaps today’s age, a husband and wife (Tracy Letts and Debra Winger) are both having secret, extramarital affairs. THE LOVERS shows a look at a dysfunctional marriage with a realistic look at breakup and the pain it brings. Billed as a comedy, the film does have comedic elements but unlike traditional comedy there is no whimsical humor but more just what takes place that is humorous and without a happy ending. Along the way, both of them begin to realize what they have been missing in life is what they already have but can the mistakes of their past be forgiven? Not a lot on the special features beyond deleted scenes and a featurette and it isn’t a perfect movie but maybe a decent rental.