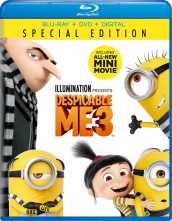 Reviewed: DESPICABLE ME 3, FARGO: SEASON 3 and BETTER WATCH OUT 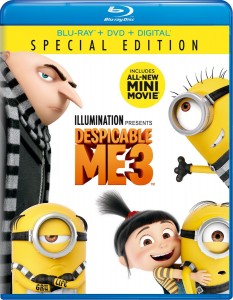 The difference between franchises that are able to continue being good and delivering at the box office is the ability to keep things fresh when at the same time being somewhat familiar. The DESPICABLE ME franchise does that with the third installment mixing in enough new characters and a brand new storyline that also happens to include all the favorite characters from the first two movies. In part three, Gru meets his long-lost twin brother that seems to be everything he has been missing in his life – someone that wants to be everything he is or was. However, it turns out that the twin brother doesn’t exactly want to turn away from a life of crime leaving Gru to make some hard decisions about whether he wants to go back to his old way of life or if what he has is enough. Some cool things on the special features including a new mini movie, sing-a-along songs, a whole host of featurettes, deleted scenes, new Minion moments and more 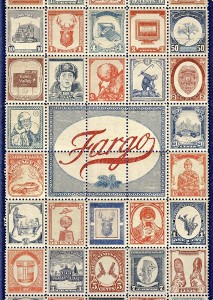 It is pretty amazing that they have taken what was a superb movie and transformed it into one hell of a great TV show. It is not often that something is taken from already established material, in this case the now classic film from the Coen brothers, and make it equally as good as or even better than the original. The cool thing here is that it takes some of the characters from the movies and gives them new storylines that we haven’t seen before while keeping with the usual gory and shocking feeling of the movie. Ewan McGregor stars in a double role in this Season 3 and it is again quality work that is quirky and fun as well as worthy of the accolades it continues to receive 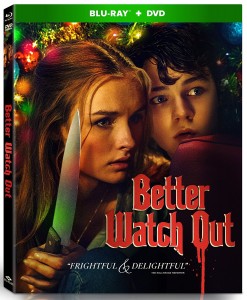 There are some good Christmas horror flicks already out there such as BLACK CHRISTMAS, GREMLINS, KRAMPUS and more so it isn’t a genre that is shocking to find a good horror movie during the holidays. BETTER WATCH OUT is a twisted version of the home invasion trope as it is a black comedy about a babysitter that finds out her job is anything but normal when intruders break into the suburban home she is watching a 12-year-old boy. She tries her best to defend the boy but she quickly learns that the job and the invaders are anything but ordinary. It is an interesting film as a black comedy and a Christmas theme and there are some good horror elements but it won’t be for everyone that consider this to be a sacred tradition.