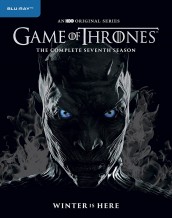 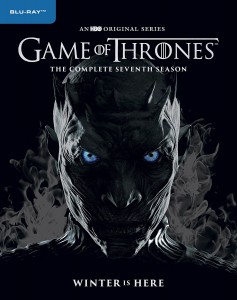 We only got seven episodes of the seventh season of one of the best shows going (ever?) but oh what a seven episodes it was. Much of the payoff from the six other seasons were delivered in this season with John Snow (Kit Harington) and the Northerners meeting up with Daenerys Targaryen (Emilia Clarke) and forming an uneasy alliance to combat against not just the Lannisters but also the horde of undead beyond the wall. Along the way we get some character deaths that are unexpected, some more reunions between the Starks, a good turn from Jaime Lannister (Nikolaj Coster-Waldau) and the continued vileness of Cersei Lannister (Lena Headey). The bad news is that this great series will come to an end in the next season with only six episodes. Given what happened toward the end of the seventh season, it is bound to be a barn burner as things get wrapped up. 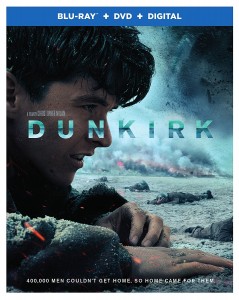 Christopher Nolan has made a name for himself as a director that brings it every time he rolls out a new video. His BATMAN trilogy remains some of the best DC Cinematic Universe films ever made and need we say anything about INCEPTION. Now INTERSTELLAR may be so-so (even though I liked it) in the eyes of his fans, Nolan has once again shown why he is one of the top directors of in Hollywood with DUNKIRK. This is the epic story of how British and French troops were rescued on the coast of a small French town during World War II after the Germans surrounded them and all hope was lost. Cut off from their supply routes and unable to make it to the battleships in the coast, England calls on all the private boats and fishing vessels to travel to France and rescue the troops. It is a harrowing journey because the skies are filled with German planes and the water has U-boats. Told through the eyes of a small boat, two soldiers trying desperately to leave, a brave Allied pilot and the commanders helpless to do anything it is a beautiful film and suspenseful while at the same time told through different points in time. If you are fan of well-made WWII flicks, this is a must watch. 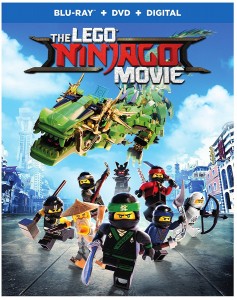 Even if you don’t have any idea what the heck LEGO’s Ninjago franchise is it really doesn’t matter when it comes to this film because it is wildly enjoyable regardless of age or knowledge of source matter. The plot revolves around a group of city protectors that are in a constant battle against an evil bad guy named Garmadon. One in particular is named Lloyd who happens to be the son of Garmadon, which everyone knows about, but is secretly one of the fighters and has a ginormous amount of daddy issues. Naturally because it is a LEGO movie there are plenty of moments where things are falling apart and being rebuilt and there is always a good moral story. Here that moral is coming to grips with who you are regardless of who people think you may be or who those around you are. It is fun for everyone even adults who will get a kick out of the adult humor that is included. There is a ton of stuff on the extras including three featurettes, three mini movies, music videos, deleted scenes and outtakes. 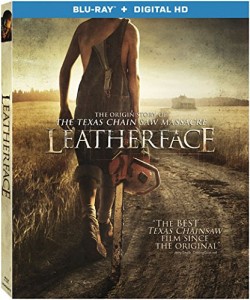 There has been a lot of lore surrounding the evil character of Leatherface since the original appearance of the character in the classic 1974 horror flick THE TEXAS CHAINSAW MASSACRE. There have been sequels and prequels, there have been remakes and spinoffs. LEATHERFACE attempts to place his origin as to why he became the horrendously violent character he is, well sort of. The story is that Leatherface happens to be in a mental hospital. Along with three others, he kidnaps a nurse and goes on a murderous rampage throughout Texas with a vengeful sheriff in pursuit. Sounds familiar to something we’ve seen from Rob Zombie but unfortunately there is not the same flair or disturbing atmosphere to his films. However, it does have a sufficient amount of gore and violence similar to Zombie’s films. However, TEXAS CHAINSAW MASSACRE this is not and it is (very) loosely tied the source material. It is entertaining if you need a good horror flick to latch onto but don’t expect too much originality here. All that’s on the extras are deleted scenes and one featurette.