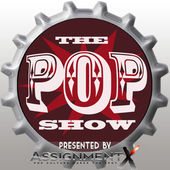 POP SHOW – Episode 44: Interview with the cast of FORGOTTEN EVIL

Director Anthony C. Ferrante talks with the cast about the upcoming LMN movie

Another episode of the POP SHOW here for you. This time it is a special interview with the cast of the upcoming LMN Channel movie FORGOTTEN EVIL.

Anthony C. Ferrante (@acferrante) directed the film that will also be shown on the Lifetime network and he talks about his experiences along with actors Masiela Lusha (@Masiela), Kyle McKeever (@kyle_mckeever) and Angie Teodora Dick (@MissLilDick). Also Christopher Allen Smith (@JettJergens) and myself (@PeterbrownAX) are on board to ask questions about the thriller.

FORGOTEN EVIL is the story of a woman that loses her memory after an accident and must deal with the person that tried to killer even though she does not know who that is… the movie debuts this Sunday, March 12, on LMN network. Check your local listings for times.

In the interview, Anthony discusses why he made a thriller, filming in his hometown of Antioch, Calif. and making a movie that will appeal to a broader audience than maybe just the core Lifetime audience. We also get some behind-the-scenes talk about making the movie with Anthony and how the cast interacted.

Sit back and have a listen. And please Make sure to subscribe to us on iTunes as well.