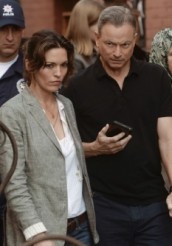 The actor talks going all over the world while still in L.A. 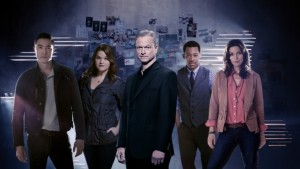 Sinise is originally from Illinois, where he co-founded the famed Steppenwolf Theatre. The actor has some experience headlining CBS procedurals, having spent nine seasons starring as Mac Taylor in the network’s CSI: NY. Sinise also starred in the miniseries THE STAND, won an Emmy for playing the segregationist politician of the title in the telefilm GEORGE WALLACE and was nominated for an Oscar for playing Lieutenant Dan in FORREST GUMP. Sinise formed the Gary Sinise Foundation and still tours with the Lieutenant Dan Band, both of which raise money for veterans’ causes.

ASSIGNMENT X: Were you a fan of CRIMINAL MINDS before you got involved in the franchise?

GARY SINISE: Well, [CRIMINAL MINDS star] Joe Mantegna’s a very good friend of mine, so of course I’m a fan of Joe’s, and watched the show a lot. Never really thought I’d be doing CRIMINAL MINDS, though, but after CSI: NEW YORK, a couple years later, they called me up and asked me to do it. I’m glad they did.

AX: CRIMINAL MINDS: BEYOND BORDERS is set all over the world, but it actually shoots here in Los Angeles, right?

AX: Is part of the fun of the show seeing how they keep dressing up L.A. as everywhere else?

SINISE: They do an incredible job. Our designers are fantastic. We have some great special effects folks. You’d never know that we aren’t where we say we are [laughs]. They do a great job of finding everything we need right here in Los Angeles.

AX: Did you do any research to play Garrett? At this point in your career, you may have played every form of law enforcement that exists …

SINISE: I went to the F.B.I. in D.C. and spent some time with them. We have some great technical advisors on our show who are former F.B.I. So we’ve got access to everything we need. And like you say, I’ve played some other law enforcement guys in the past.

AX: What’s the difference between playing a police detective, as you did in CSI: NY, and an F.B.I. investigator? Is there a difference?

SINISE: Well, yeah. Detectives are a little bit different, in that they’re on the job in a particular city. We’re part of the International Response Team. So when Americans are in jeopardy, the F.B.I. has an international response to that, I think, and we send people all over the world. We have seventy-some offices all over the world. So these people are dealing with very specific challenges, very specific cases.

AX: So you just have a natural authority that you’re able to project, or do you have to kind of call it up?

SINISE: Well, no. I mean, acting is acting. I’m not a law enforcement guy, so I have to figure out how to project that sort of character and all of that, but I enjoy doing it. I enjoy playing these law enforcement figures. They do a lot of dangerous work, and it’s an honor to be able to play them.

AX: THE STAND has held up as a classic miniseries. Do you have fond memories of that?

SINISE: Oh, yeah. That was a lot of fun.

AX: And can you tease anything for Season 2 of CRIMINAL MINDS: BEYOND BORDERS?

SINISE: We’re going to get to know my family, Jack Garrett’s family a little bit more. And that’ll be interesting to see, because these people do a lot of dark and dangerous work, and yet a lot of them are able to raise kids and keep the family together, and we’re going to explore that a little bit.