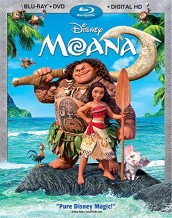 Review of the latest titles on video

Catching up on many of the titles that I missed while being sick … plus new stuff that arrived. 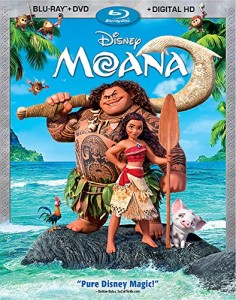 MOANA – Hard to go wrong with any Disney film these days. It seems they always knock it out of the park and that’s the case with MOANA, a wonderful and beautiful film about coming of age, magic and wonder. While most Disney animated titles are usually beautiful, MOANA is that much more because of the great variety of colors from the clear blue ocean to the vivid green lush islands to the high details of boats, fruit and more. Of course, it also has plenty of good songs which is a trademark of any Disney flick and it does not fail to deliver with catchy tunes and those that keep the narrative going. Combined with a family-focused plotline, it is a perfect movie for all ages. Lots of good stuff on the Blu-ray extras as well including a bunch of mini movies, featurettes, Easter eggs and more. 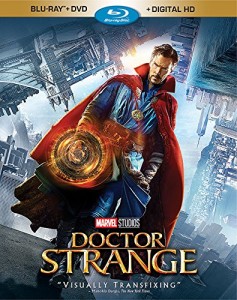 DOCTOR STRANGE – There are some Marvel Cinematic Universe franchises that you just don’t think will work because they are too farfetched or too crazy to be made into a full length film. GUARDIANS OF THE GALAXY is so crazy who would think it would be as good as it is and it is considered one of the best of the bunch. DOCTOR STRANGE falls into this category by introducing both magic and the idea of multiple universes to the MCU. The plot centers on Stephen Strange, a world class arrogant surgeon who after a nasty accident loses the one thing that made him great – his hands. He goes on a soul searching quest to find a way to mystically heal himself and gets more than he bargained for as he enters into a battle between the light and dark forces of magic. While it isn’t your typical MCU flick, it still is unique and is quite different from the superhero battles of other films. 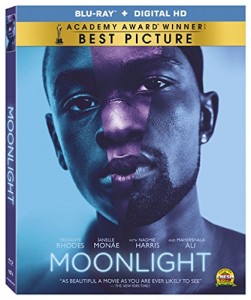 MOONLIGHT – Despite all crazy Academy Award proceedings aside, MOONLIGHT is a fine film that deserves the recognition as being the best movie of the year. The stories chronicles the plight of a young black gay man growing up in a rough neighborhood in Miami over the course three time periods as a kid, teenager and young adult. His life is not easy as he is neglected by his mother and crime is all around him including a drug-dealer that serves as sort of a mentor/father figure, which is extremely ironic given the circumstances. The film shows how young black men are growing up facing incredible opposition to break the cycle of violence and life that permeates everyday life. Not a cheerful movie at all but damn good entertainment. 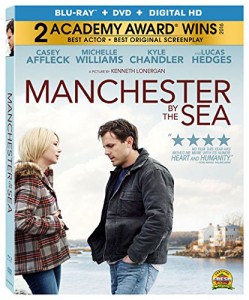 MANCHESTER BY THE SEA – Whew, well if you weren’t depressed by some of the events happening in the world today, MANCHESTER BY THE SEA will definitely push you to the edge. Casey Affleck stars as a common man that becomes the guardian of his teenage nephew. Affleck’s character is devoid of emotion so embracing his newly gained family member isn’t something that comes easy. Well it turns out he has previously had family of his owned and they were met with tragedy forcing him to become an emotionless human. It is a tale that requires bonding, forgiveness, hope and love and it is a very powerful, yet depressing, flick. Naturally, it is up for a number of Oscars this year because of the content with nominations for Best Picture, Best Actor, Best Supporting Actor, Best Supporting Actress, Best Director and Best Original Screenplay. Not a lot on the extras besides one featurette, an interview and deleted scenes so mostly go for the movie itself.