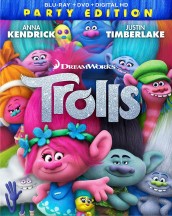 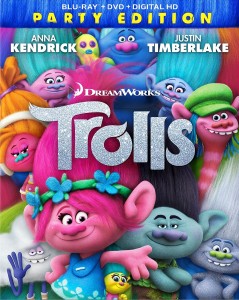 TROLLS – Why adults may not be excited about TROLLS, kids will love it. There’s a lot to like if you are kid. Lots of singing and dancing. Lots of catchy songs. A crazy simplistic plot involving an invading bad guys and a number of trolls having to save their friends is enough to drive you crazy but kids will be easy to follow along making it fun for them. Justin Timberlake and Anna Kendrick star so at least the singing is actually done by people who have the pipes to carry the songs. Lots of cool stuff in the extras such as a sing- and dance-a-long game, featurettes on the Troll Village, animated interviews, animation featurette, deleted scenes and more. 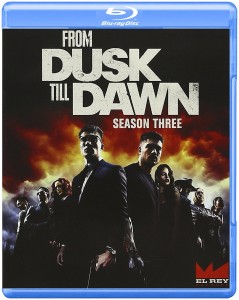 FROM DUSK TILL DAWN: SEASON THREE – I like where they have taken this series based on the movie of the same name from Robert Rodriguez. The first season was basically a carbon copy of the movie but with some interesting twists. Instead of traditional vampires, here the bad guys are snake-like creatures addicted to human blood. The show follows the Gecko brothers, like the films, but instead expands on the universe with interesting characters that are all tied to each other. In Season 3, the snake-vampire hybrids are on the verge of launching an all-out war on humanity in order to take their rightful place in the food chain (think STAKELAND), so the Gecko’s must form a crew of badass warriors to stop them before it begins. Season 3 returns to the first season roots in this respect as it is the humans versus vamps, which was a bit lost in the second season. Recommended if you need an action TV fix. 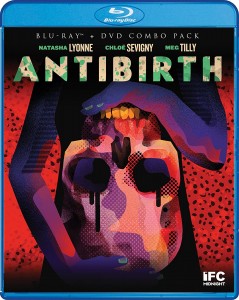 ANTIBIRTH – Pregnancy and horror has seen a revival over the last few years. It may have all started with ROSEMARY’S BABY but pregnancy has recently become a hot topic for the horror genre from people trying to steal babies, to abortions gone wrong, to supernatural pregnancy. Actually the last sub-genre is by far the largest and it makes another appearance in ANTIBIRTH. So everyone is this movie is a mess in one way or another. Drug takers, drug dealers, pimps, prostitutes, homeless and more. And everyone, EVERYONE, takes drugs. When Lou (Natasha Lyonne) becomes pregnant without having sex it begins one bad trip after another in a just every weird, nonsensical way possible. ANTIBIRTH is a head trip and not a good one. It is as if they just threw everything against the wall and instead of just seeing what stuck, just said “f**k it” and put everything in. Maybe check it out on Netflix but that’s about it.

VICE PRINCIPALS: THE COMPLETE FIRST SEASON – It’s hard to argue against anything with Danny McBride in it. Just the guy’s natural appearance is amusing to look at. Add to this a wacky series about the education system where two rival vice principals compete for the vacant principal slot and it is comedy gold. When a new person for the spot comes into play, the two rivals form an uneasy alliance in order to bring her down. The extras include a blooper reel, deleted scenes and audio commentaries for each of the nine episodes in the first season from HBO. If you need a comedic fix, this will do the trick. 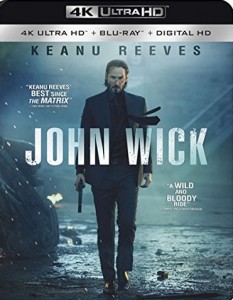 JOHN WICK in 4K – So I’m a huge fan of JOHN WICK, it was one of my favorite movies from 2014 and I wasn’t alone with many people loving Keanu Reeves just going ham on what seems is endless amounts of red shirts on his path to revenge for Russian mafia members stealing his car and killing his dog. It was a simple theme but what made it fun was that it was unapologetically gratuitous in the action (and head shots) in showing how brutal John Wick actually is and why everyone fears him. Now it is out in 4K and this is one of those titles that looks brilliant in the ultra HD format because of the action and the car chases. It makes it that much better of a viewing experience.