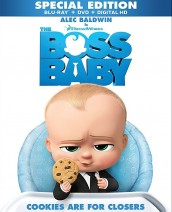 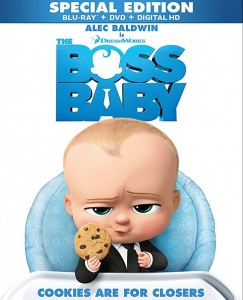 While Disney keeps chugging out the animated hits time after time again, the other studios are working to catch up in any possible way with any possible animated feature. Fox has done a pretty good job with its ICE AGE franchise, RIO, EPIC, HOW TO TRAIN YOUR DRAGON, THE CROODS and more. BOSS BABY may not be as influential as these other films or long lasting but kids will still find enjoyment in the story of a place where babies come from and there are secret agent babies that are trying to keep happiness at the baby level, especially from the evil puppies that seem to threaten them. Alec Baldwin stars as the main character along with voices from Steve Buscemi, Jimmy Kimmel, Lisa Kudrow and more. Special features include a new mini adventure, six featurettes on the making of the movie and more. 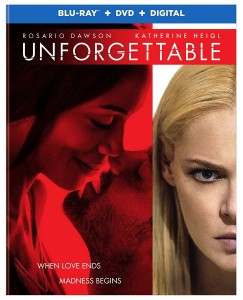 When I first saw the trailer for UNFORGETTABLE, I believe I said on the DORKING OUT ABOUT TRAILERS podcast that it looked really like a throwback to the thrillers of the 90s and not the good ones like FATAL ATTRACTION or THE HAND THE ROCKS THE CRADLE, but the bad ones that were made after these blockbusters came out. The film stars Rosario Dawson as the new partner of a man whose first wife, played by Katherine Heigl, is coming to terms with the end of the marriage. However, she isn’t taking it well. And when she finds out he is dating someone else, it takes a pathological turn until she is stalking her. While it isn’t a bad movie at all and better than I originally saw in the trailer, it lacks the meat of the ones that paved the way in this thriller genre. 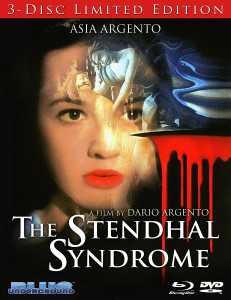 This isn’t the best Dario Argento film. Not by a longshot. Of course, nothing is going to stop SUSPERIA in my books ever. And DEEP RED, TENEBRE, PHENOMENA and INFERNO are all great in their own regards. THE STENDHAL SYNDROME is more of a mix between Argento at his heights and the guy that later would come along and make the awful DRACULA 3D. The good news is that it is still a very enjoyable movie with the classic style you expect from Argento and the new cut from Blue Underground is pretty damn amazing because it includes a brand new transfer to HD but also is the full uncut, uncensored version that you expect from the Blue Underground brand. As usual, they included a new bunch of extras including an audio commentary, new featurettes with star Asia Argento and other legacy special features. 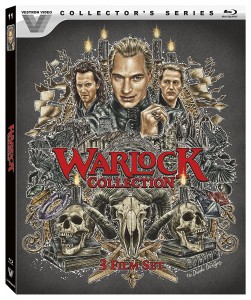 The WARLOCK franchise is a beloved franchise in horror and it is finally getting its due with this three-disc release of the films in HD. All of the films have been remastered using the latest technology transfers and look maybe the best they ever have on any media. They have also included new special features including new interview with Julian Sands who played the main character in the original film as well as several featurettes. The second and third films include new audio commentaries as well as legacy extras from the older DVD versions. If you have been waiting for the HD release of these classics, your time has come my friend. 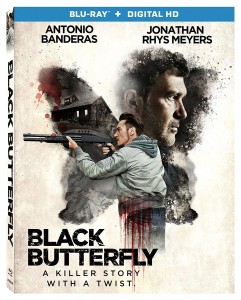 There are some interesting ideas going for BLACK BUTTERFLY, an alcoholic, lonely screenwriter with writer’s block (played by Antonio Banderas) mistakenly invites a drifter into his home (played by Jonathan Rhys Meyers) where he begins to suspect him as the serial killer that is terrorizing the town. Is this person just crazy? Or are they playing a game of cat and mouse as part of some grander scheme as a multiple killer? While it takes a bit of time to get to the end, it still is enjoyable and a tight thriller with some decent performances from the actors. 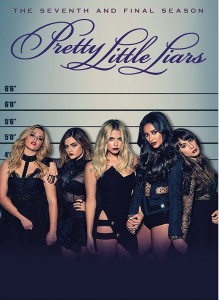 Finally, we have a pair of final seasons of shows coming to DVD including the PRETTY LITTLE LIARS much anticipate reveal of who has been causing so much chaos for the past five seasons either pretending to be their dead friend or their dead friend’s ghost or she’s actually alive. Of course there are plenty of more lies and secrets left to be told, I won’t ruin the ending but you do have to wait 20 episodes before finding out, which seems to be a lot to drag a final season along. There are a whopping nine featurettes on the release which is a lot of a television show’s season and includes some wraps of the show and thanks to the fans, which is pretty little cool. 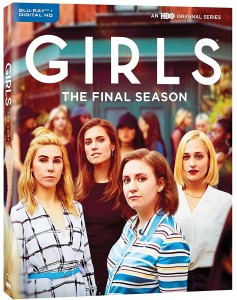 The HBO series GIRLS is over now but it definitely has a lasting impression on the way a comedy could be produced. The show follows a group of women through their love lives and careers as well as numerous fails and embarrassments. Of course, many people will remember this series because naked Lena Dunham running around and all the drama that she brings to real life and how people either love her or hate her. But there is no doubt that the other parts of the show in how it portrayed real relationships may (hopefully) have a greater impact on TV as a whole. So if you missed the last season, check it out on DVD or Blu-ray.