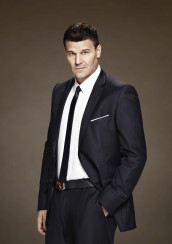 The actor/director talks the end of the long-running series 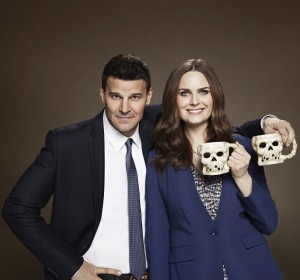 David Boreanaz has had great success in television. For the past twelve years, he’s starred as FBI Special Agent Seeley Booth on Fox’s BONES, now in its final twelve-episode run on Tuesday nights. The character has gone through just about everything: getting shot, a near-death experience, wrongful conviction and jail, marriage to his partner, forensic anthropologist Temperance “Bones” Brennan,” played by Emily Deschanel, fatherhood, the death of his brother and much more.

Before BONES, Boreanaz spent eight years, and gained a major fan following, as the vampire with a soul Angel, who he played first on BUFFY THE VAMPIRE SLAYER, then spun off onto ANGEL. Boreanaz directed an ANGEL episode, and has become one of BONES’ top directors, with eleven episodes to his credit. He is also a producer on the series.

With BONES coming to an end, Boreanaz participates with his cast mates, series creator Hart Hanson and current show runners Jonathan Collier and Michael Peterson in a Q&A session.

During the panel, Boreanaz talks about shooting the last twelve episodes, knowing it was the end. “I think we got so much in the twelve episodes, quite honestly, that we could have done it in twenty-two episodes. These twelve episodes are packed with moments and bringing back characters [played by] Cyndi Lauper, Betty White. It feels like a full order. We really jammed in a lot of stuff.”

Boreanaz has often expressed his belief that the chemistry with Deschanel, romantic onscreen and with a strong friendship in real life, has been crucial to the success of BONES. How does he feel about the chemistry in the final season?

“It’s the same. I maintain that we go back to the relationship. Starting the series at the onset of getting an order for a pilot to shoot a show, and reading the script, and knowing that there’s a relationship there between these two, that was really, for me, a point into jumping back into a series so quickly and understanding [it’s important] to work on those relationships outside of the work environment, and working with our acting coach, and bringing moments to hart and using our improvisational stuff to say, ‘Hey, we would like to change this, or work with this,’ and always go back to the relationship. To me, the last scene in the last shot with Emily is the same moment I would have [in] the first scene of the pilot with Emily. I also maintain that was the most important part of the show.”

Two years ago, there was a season finale that could have been the series finale. Was Boreanaz ready to end BONES at that time?

“I don’t really think about when it’s going to end. For me, it was really moment to moment. When you’re working on the scenes and you’re working on the episodes, it’s always about being present in the moment. With that, when we go off the stage, the next moment is whatever that moment is and wherever that takes you. So I think a little differently with that. When we always think about, are we going to get picked up or is there going to be another [episode] order, I think that was a conversation that was internal between us at certain times, but I never thought, ‘Oh, this is when it should end,’ or ‘This is when it should.’”

As for favorite guest stars, Boreanaz and Deschanel almost talk over one another in their enthusiastic recollections. “There are so many to choose from,” Boreanaz begins. “I remember Heavy D and how great he was in the opening season, and how heartfelt and warm and genuine of a person he was, and how great Wong Fu’s was, and how I enjoyed going back to Wong Fu’s and having Booth pull up and have a drink and talk to Heavy D about some stuff. It was pretty emotional, and so I really liked Heavy D.” He also cites Eric Millegan, who is back this year as Dr. Zack Addy.

Deschanel adds, “I love all the people that we’ve already mentioned. I would say Linda Lavin was on the show playing a judge, and I’m a huge fan of hers from when I was a kid, and I’ve stayed a little bit in touch with her. Stephen Fry …”

Boreanaz thinks of more guests. “Hal Holbrook, Michael B. Jordan. Also, when we went to London and shot, we had some tremendous actors over there that were just fantastic to work with.”

Deschanel next says the name of the actor who portrays Brennan’s father, Max. “Ryan O’Neal. He’s here so much, you don’t think of him as a guest star, but …”

Boreanaz finishes the thought. “He was more like part of the family to me.”

Millegan, also on the panel, proposes the actress who has played D.A. Caroline Julien for most of the show. “And Patricia [Belcher].” 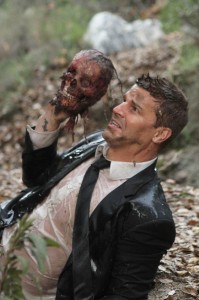 Something Boreanaz says he wishes he’d had a chance to do during BONES’ long run was play Booth as an old man. “I still want to do the old man episode. I actually went and got fitted for the prosthetic. One of the episodes I wanted to do was where we’re in prosthetics and we’re old. I wanted to play the old Booth really bad, and it just didn’t work out time-wise. It was hard on the schedule; it’s hard to get people in and out of makeup. It was very difficult.”

With so many TV shows coming back for limited-run follow-ups – Fox’s PRISON BREAK, Netflix’s GILMORE GIRLS, Showtime’s upcoming TWIN PEAKS – does Boreanaz ever see himself returning to Booth for a BONES reunion movie or miniseries?

But he doesn’t completely rule it out. “It’s hard for me to answer that question. Look, I’ve grown with this character for twelve seasons. I love him. He’s great, but we’ll see what happens.”

After the panel, Boreanaz makes himself available for a few more queries.

Does he feel there are any boundaries in directing television?

“No. Boundaries for me – you prep and then you throw everything out the window and I create with the actors. I’m an actor’s director, and then what I’ve learned, especially working on the show and with [director of photography] Bobby Altman is lenses and sizes and how to manipulate stuff. So I’ve gained so much through that, and lighting, and how to light scenes, and working with gaffers and best boys, to me, that’s really the art, is knowing what everybody does, and knowing how they do it, and then forming that and bringing it all together.”

Might Boreanaz direct a feature film? “Sure, why not? Any theatre, sure why not? I’d love to do anything. I’m a worker, so I think for me, I’m forty-seven [laughs], I think, so I think I’ll start to pop when I’m late fifties, sixties, into that genre, maybe, but I think I have a longevity in it, so …”

Is he looking more towards acting or directing right now? “Producing, creating, directing, acting – I’m a triple threat, baby,” Boreanaz laughs. “I’ve got a good track record, I’ve been blessed, I’ve really paid the price of being down on the front, in the war room, and knowing how to shoot a show and what it takes. And I know budgets, I know above and below costs. So we’ll see.”

Both the Q&A session and the follow-up