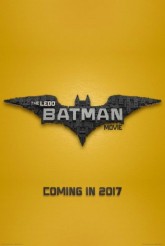 Movie trailer reviews because who has time to watch an entire movie?

Are you completely burned out on BATMAN V SUPERMAN: DAWN OF JUSTICE? If so, I’ve got good news for you. This week’s TRAILER PARK only features one of those guys. I also highlight a horror movie, a romantic comedy and a movie based on a video game. How’s that for variety? Let’s get to it. Let’s review some movie trailers.

For those of us that like our superhero movies to have a sense of humor, we have THE LEGO BATMAN MOVIE, which released not one – but two movie trailers this week! I’m not going to lie: I think Will Arnett’s Batman might be my new favorite Batman. Grade: A

I’m not a horror movie person, but I watched this trailer for you, dear readers. Goodbye, sleep. It looks like it’s suffering from giving too much plot away, and the ol’ staple of the endangered adorable kid, but the trailer is still quite creepy. LIGHTS OUT plays on one of our most basic fears – spiders. No, I kid. Not spiders, but they are the worst thing ever. I’m talking about the dark, when we are so vulnerable because we can’t see.I have no doubt that same people who enjoyed THE CONJURING (i.e. teenagers) will be lining up to see this one. Grade: B-

I skeptical of any movie trailer that features the actors talking about movie. It usually means that clips from the movie are not strong enough to convince us to spend our hard-earned money on admission. This romantic weepy starring the Mother of Dragons Emilia Clarke and Sam Claflin wants to be the new NOTEBOOK. I have never seen THE NOTEBOOK, but this movie looks very sweet, and I think Clarke is absolutely adorable. Grade: B

Because video games based on movies are soo good. Right, SUPER MARIO BROS., fans? Right? Anyway, this trailer makes trying to make WARCRAFT look like LORD OF THE RINGS-lite. In other words, if you thought THE HOBBIT movies were really good, then you might like WARCRAFT. My thoughts? Two words: Grade: D

I love, love, LOVE the first BRIDGET JONES’S DIARY. It was the TRAINWRECK of its time. It was hilarious, and single women everyone could relate to Bridget Jones and her quest for a good man. The sequel … not so much. So, I have mixed feelings about yet another installment, especially since it appears that Bridget Jones and Mark Darcy have split. Now she’s torn between two loves (again): Dreamy Mark and McDreamy played by Patrick Dempsey. Oh, and she’s knocked up but doesn’t know who the father is. I kinda hope the father is Hugh Grant. Grade: C

Sonia Mansfield is a writer/mocker/old movie watcher/beer drinker/goober. Make sure you follow her on Twitter for constant updates or check out her blog, The Sonia Show.