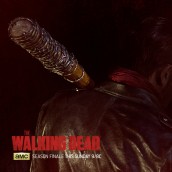 Take a look at the man who wields Lucille 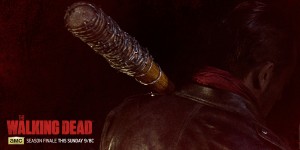 THE WALKING DEAD has its Season Six finale this Sunday and there just may be a big introduction taking place. Maybe you’ve heard about it? I know I have. In fact, people can’t stop talking about it. So, why don’t I talk about as well.

Non-spoiler warning: I’m not spoiling anything if you have watched up until the last episode that aired this past Sunday.

So the group from Alexandria decided to venture out into the unknown in the previous episode in order to do two things. One group (Daryl, Rosita, Glenn and Michonne) went in search of the killers that just dispatched Dr. Denise. Meanwhile, with Carol leaving the compound, Morgan and Rick went in search for her. The four that went on a revenge quest over Denise’s death all got captured and Morgan convinced Rick to head back home while he searched for Carol.

That brings us to this Sunday, where everything in the past few episodes lead up to the introduction of Negan. The big bad guy that leads the group known as the Saviors that have been terrorizing our group from Alexandria. Now, AMC released a teaser image to the character of Negan (who will be played by Jeffrey Dean Morgan) holding his weapon “Lucille” – a baseball bat wrapped in barbed wire. Now for anyone that has read the comics they know that when Negan arrives, things get, uh, messy and messy quick. So it will be interesting to see how the TV show follows, even with the executive producers claiming a “hard left turn” from what we see in the comics.

What do you think will happen in the season six finale?