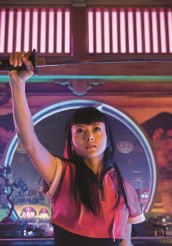 Not bad, not great but an interesting way to restart a franchise 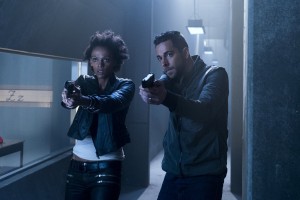 Here’s a quick recap of the first incarnation of HEROES. The first season started out really good with a solid message (“Save the cheerleader, save the world”), interesting characters, a slick comic book come to life appeal and plotlines that while at times bogged down, at least furthered the narrative. Season 1 shined when the show focused specifically on one or two characters rather than just snippets of every character on the show (such as the episode when Peter traveled forward in time). Season 1 ended with a really good cliffhanger with the good news coming together to defeat the long-running bad guy.

Season 2 opened up with more characters (adding to a show that had a huge number of them to begin with) and became a bloated show that no longer had a direction and wavered in what it wanted to be. Season 3 involved a circus, true story. It went from one of the most buzzworthy and talked about shows to crashing and burning within the span of a few years.

With the revival of past shows becoming commonplace, we now have the second coming of HEROES in HEROES REBORN.

The two-hour season premiere opens up with a X-Men: Days of Future Past vibe going with Evos (or evolved humans) being hunted by a number of different forces. They have a Sept. 11th type moment where the entire town of Odessa, Texas is leveled because the Evos were having a Burning Man type event happening. The blame goes to original HEROES narrator/main character Mohinder Suresh (Senhil Ramamurthy) that apparently has turned into a terrorist against Evos for some reason – although all evidence points to this being a set-up.

So, June 13th (the day of the attacks) becomes the focus of the first house of HEROES REBORN and whether it was actually a terrorist attack or it was something else entirely and part of a greater conspiracy. The year following June 13th, Evos have been on the run from people wanting to either capture or kill them including Luke Collins (Zachary Levi) and his wife Joanne Collins (Judith Shekoni) that offs a handful of them in a church get together because his son died in Odessa in the attacks and he wants revenge on all of them.

While the main plot follows Noah Bennet (Jack Coleman), returning from the original series, in his attempt to find out why he can’t remember what happened after Odessa (or what happened to his unable-to-die daughter) and his teaming up with an ordinary person looking for truth because his sister was taken during the original HEROES series, in Quentin Frady (Henry Zebrowski). In the first hour, Noah learns of his lack of memory from Quentin and when he goes to investigate has to kill The Haitian after he attacks him. In the second hour, he returns to Odessa and his old company looking for clues to Molly Walker – who in the original series had the ability to locate anyone on Earth via her powers.

However, in true HEROES fashion we are introduced to a host of new people on the show including high schooler Tommy (Robbie Kay) that has the powers to transport people. Miko Otomo (Kiki Sukezane), who is also known as the Katana Girl, that gets put into a video game in order to find her father (who no doubt is Hiro from the original series). Carlos (Ryan Guzman) whose brother has been posing as a Mexican wrestler hero in Los Angeles and then dies after getting attacked and Carlos takes up the mantel. And Malina (Danika Yarosh) who is only briefly seen but somehow can manipulate the Northern Lights.

Much like the first incarnation of HEROES, there are a huge number of characters all with different plotlines and different challenges. But as a show such as GAME OF THRONES has proved sometimes there is a time when a show should focus on only one or two characters during a given episode instead of everyone. That was part of the problem with the first series and one of the issues I see with these first two episodes. We spend so much time jumping between characters and while some of them interconnect it becomes bloated and we don’t get enough of the characters to establish a greater connection to them. The show may have been better off starting small and dealing with Bennet’s plot along with maybe one or two others and then slowly develop the other characters in other episodes where they are the focus.

That said, it is nice that for the most part the only original character from HEROES in the show was Noah Bennet (yes, The Haitian was in it briefly before getting surprisingly killed off). This won’t last obviously with the previews for the upcoming season showing numerous characters from the prior show but establishing this fresh crop of Evos is smart and hopefully it will focus on these characters rather than dig up everyone else (although it may be a self-fulfilling prophecy).

Bottom line: Not bad, not great, but I will be interested to see what happens next.

WonderCon 2011: PRIEST star Paul Bettany reveals his most embarrassing...
Exclusive Interview: Rachel Boston on A RING BY SPRING and Season 2 of...
FEAR THE WALKING DEAD: 5 things to expect in Season 1
Exclusive Photos from the THE LAST SHARKNADO: IT'S ABOUT TIME! World P...