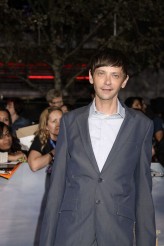 THE MAN IN THE HIGH CASTLE: DJ Qualls on the new Amazon series – Exclusive Interview

The actor talks working on the alternate history thriller 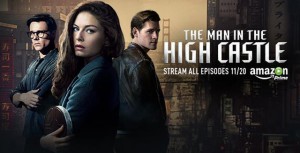 In Amazon’s THE MAN IN THE HIGH CASTLE, adapted by show runner Frank Spotnitz from Philip K. Dick’s story, it’s 1962 in a world where the Allies lost World War II. Nazi Germany runs the eastern portion of what was the United States; Imperial Japan rules the west. A small group of secretive rebels finds a strange newsreel that could change everything, but at great cost. The entire series is now available to stream on Amazon Prime.

ASSIGNMENT X: What can you say about Ed McCarthy in MAN IN THE HIGH CASTLE?

DJ QUALLS: My character relates to the San Francisco storyline. His name is Ed McCarthy. He works in a factory that makes replica guns. What happened when America lost the war, all of Americana was destroyed. And the Japanese market realized that the kitsch factor was strong, so we make Colt .45 replicas of these guns. Any people who have an artistic aptitude – well, obviously, art leads to freedom of thought. So they’re sort of held down and given factory jobs. So me and the character Frank, we work there and some stuff happens that sort of is the fulcrum of the conflict on the first season of the show.

AX: Do you have any artistic experience in your own life that you can apply to Ed?

QUALLS: You know, my father works in a casket factory. He literally welds caskets together. It’s the biggest industry in my hometown. In the summers, we would go there and, for fourteen dollars an hour, all the kids of the employees would go into the paint vats for two weeks, and we would chip off the paint that, over the course of the year, had gotten thicker and thicker and thicker. Because they would dip the casket, over time, the layers would form and the casket-dipping area would get very small. After doing that, I was like, “I will never work in a factory again.” And here I am, working in a factory [laughs]. And also, I made pajamas one summer in a factory. Those are your options in the South. If you don’t have a high school education or you’re young, you work in a factory or a fast-food restaurant. Every factory had the same sort of drone-like mentality. You’re doing the same thing every day for as far as you can see into the future. And so I think I really understand that. It changes how you carry your shoulders, it changes your physicality. 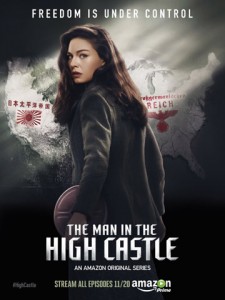 AX: Is it depressing to just be in that mindset for the character?

QUALLS: For me, it is, especially because I relate to it, because when I was doing that, all my fifteen- or sixteen-year-old self was saying is, “I want to be an actor one day. How do I get out of here and become an actor?” And this is an artist who’s in that same situation. But at least in my situation, there was an out. This guy’s here forever.

AX: Does Ed at least get to do art when he goes home?

QUALLS: No. We don’t explore it this season. Frank is the artist. My character is more of a craftsman; he loves to work with his hands. I play his best friend in the show. We deal a lot with Frank’s art, and it actually winds up getting us into some situations. Because it’s outlawed – modern art is outlawed.

AX: In terms of getting into trouble, you had said you had some concerns about possibly being naked in a cell on this show …

QUALLS: I think I would tip it if I told you exactly what happened. Something pretty monumental happens to my character in THE MAN IN THE HIGH CASTLE at the end of the season.

AX: How much did you know about the real-world history that led to this world? Did you know much about Germany during World War II?

QUALLS: Yeah, I knew quite a bit of history about what happened that led up to the war, but I didn’t know a lot about the world that we’re in [in MAN IN THE HIGH CASTLE] before this. I hadn’t read the book, I turned down the audition several times because I was tired and they wound up calling me and said, “Can you just come in and let us pitch it to you?” And I said, “Absolutely.” So I went in and they laid this whole world out for me, and I said, “Wow, this is really layered and really a change for me, this is something I haven’t really done before. And I’m an idiot for saying no to this. If you’ll offer it to me, certainly, I’d love to do your show.” So they did, and now I’m here.

AX: Have you read the book now?

QUALLS: I haven’t, because when we were shooting the pilot, the pilot director [David Semel] asked me to stop reading it. He thought I would be confused. So now that I know the world that we’re in, it’s first on my break reading list.

AX: Is your character Ed in the book?

QUALLS: Yes. All seven of us I think are in the book. I know that my character significantly is. I knew that, but I was twenty pages into it when we were doing the pilot, and [Semel said], “Stop reading that.” And so I did. Now that I know the world and I know the choices that we’ve made, I can go back and safely read the book without getting it too confused. Plus, I’m doing another show, too [Z NATION], so I have a lot going on in my mind that’s separate.

AX: You’re sort of going, “If somebody’s running past, are they going to bite me? No, that’s the other show.”

AX: Do you speak Japanese at all in the show?

QUALLS: No. We have to say some words, like kemputai means “secret police” and in the pilot I had to say a bunch of German names, so I had to write them out phonetically and tape them just off-camera, so I could say them right every time. Because what happened was, when I was reading the pilot, I learned all the names phonetically wrong. And so I’m saying them, I’m pronouncing it, and they’re like Goebbels, big names. But I didn’t really have a lot of history classes. Everything that I know about history is from reading. So I’m learning [pronunciation of] the names wrong. So I had to tape it up, just beyond the camera, and I was sweating it, because I kept saying it wrong, over and over and over again. But no, I don’t speak Japanese. Alexa Davalos, who plays our lead, she has to speak a little Japanese.

AX: Do you feel like this has been good training in learning words phonetically if you ever wind up on a medical show?

QUALLS: Yes. I feel like I can’t do anything in life except make you think this is a hot bottle of water, but I can pretend. I can pretend pretty well in most situations.

AX: Where does MAN IN THE HIGH CASTLE shoot?

QUALLS: In Vancouver. We actually shot the pilot for this in Seattle.

AX: This might be more of a Frank Spotnitz question – but is there any concern that the neo-Nazis are going to look at this show and think, “Hey, we can win”?’

QUALLS: I don’t think so, because what the show does so well is, it’s really hard to define a good guy and a bad guy, because you’re given reasons, even if the reasons are terrible, and you can see when the reasons are terrible, like the Nazis’ reasons for doing things, they’re ultimately based on faulty logic, but it makes sense to them. But I don’t think that there are many people in this show that you would want to look up to, on any side.

QUALLS: I’m completely forbidden. I’ve reached my max on everything with Amazon. They’ve said, “Take some time off.” So I’m taking a little time off after this, much needed.

AX: And what would you most like people to know about THE MAN IN THE HIGH CASTLE?

QUALLS: You know, this is the first time in a long time that I’ve felt like an artist. [CASTLE executive producer] Ridley Scott, on our first day, gave us these gorgeous blankets, and the card actually said, “Don’t be afraid of being an artist.” And I feel it on this. It feels so great. It’s such a counter-balance to my other job, which is commerce and fun and whiz-bang pop. I love living in both these worlds. This show is so thoughtful and such a chilling reimagining of what could have happened in our history, and I feel privileged to be on it.

This interview was conducted at Amazon’s portion of the Television Critics Association summer press tour.