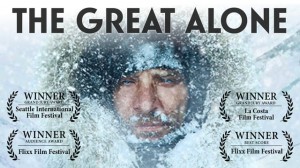 Banff Mountain Film and Book Festival (located in Alberta, Canada) is one of the most respected and popular documentary film festivals dedicated to mountain culture and extreme sports. This November the festival celebrating its fortieth anniversary, attracted thousands of fans, passionate about outdoors, exploration and adventures. The program was as rich and serious as one could expect from a standard-setting venue: more than 90 new films, festival flashbacks, book presentations, exhibitions, meetings with filmmakers, writers, athletes: nine intense days filled with unforgettable stories and shared love of all things wild and free.

Selecting the best of the films must have been a feat almost as challenging as the ones we watched on the screen: in each category more than few movies easily could be awarded.

Here is the list of winners in all 12 categories:

This powerful mix of documentary and drama paints a portrait of an extraordinary – albeit controversial – hero of the environmental movement in Canada; a man, whose love for the nature borders with obsession and whose volcanic temperament leads to destruction of a sacred tree and ultimately – to his own self-destruction.

The talented cinematography of the film, the unforgettable scenery and the honest look at the sherpas’ struggles with unforgiving nature, unfair treatment and lack of recognition make SHERPA a story that stays with the viewer. The film gives a valuable change of perspective towards the challenges of the Everest expeditions. 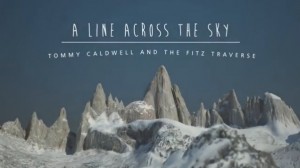 This film follows two of the most renown climbers – Tommy Caldwell and Alex Honnold – in their laborious efforts to leave their trace on one of the most breath-taking skylines on the planet – the toothed line of pinnacles along Fitz Traverse. As one can imagine, at times this seems like an impossible goal, at times not only the viewer, but the climbers question its purpose, but ultimately, the goal is achieved and the joy is palatable.

Exploration and adventure and The Grand Prize:

The awards won by this documentary are justified by its depth, masterful cinematography and the simple, but engaging storytelling. The film digs deeply into the life of Lance Mackey, a four–time winner of one of the most difficult competitions in the world: a sled dog race in Alaska. We witness his struggles to to overcome the legacy of dysfunctional childhood, poverty, substance abuse, and cancer and his rise to victory. His success comes to remind us that any achievement starts with overcoming one’s own weaknesses and fears.

What starts as another “first attempt” – this time it is a risky plan for kayaking down Niagara Falls – expands into a three-year journey from Mexico to Canada in which friendship becomes more important than achievements and being brave not always means setting a new record. 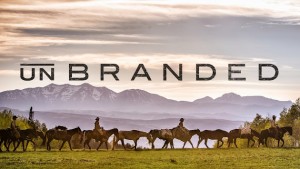 Even the craziest ideas start like all others – with a spark of creativity, with desire, with a dream about doing something never done before. In this case, the dream belongs to the photographer Reuben Krabbe: he wants to shoot a picture of a skier in front of a solar eclipse. The film follows the steps of the team in their search for the right place, the right people and the right moment.

Part narrative, part meditation on the power of nature, this short but moving film reveals the deep connection with a river – and a person – we may discover when we return to the important places.

K2 opens with a question, and adds many more as the camera follows an unusual expedition to K2, and ends up answering at least one. The film captures the director’s examination of the conflict between the intrinsic danger of climbing and the wish for having a family. The expedition, including grown-up children of alpinists killed in the “K2 Black Summer” of 1986 (when 13 out of 27 climbers attempting to summit K2 die,) traces the steps of the lost parents in attempt to understand what makes some people choose such a dangerous path and what is the impact upon the young ones growing up without an essential parental presence. 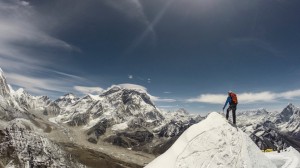 This short film takes a look at the life and the philosophy of Morag, 86 year old sheepherder who lives on her own on the Isle of Harris. Her place is lonely, cold and exposed to the winds; her days are filled with tedious work, and there is no promise that anybody will continue what she has worked for in her entire life: times are changing and old traditions are fading away.

The movie tackles a conflict over a coal-mining in Appalachia and makes it personal by telling two very personal stories. The main characters – two women with opposite views on the industry and the future of their impoverished community – collide until a tragic incident unite them against a same enemy: one of the most dangerous coal companies. 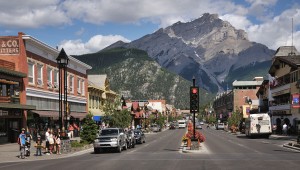 The town of Banff in Alberta, Canda

OPERATION ‘MOFFAT‘ (UK, 2015), draws a portrait of one of the most intriguing characters in the history of the Britain climbing: the first UK female mountain guide – Gwen Moffat. Two young female climbers repeat some of her routes, while shooting the film and trying to gain insight into the experience and psyche of the famous climber.

RADICAL REELS – as usually, these short films are all about pushing the boundaries of risk-taking, achieving almost impossible human feats, and offering some visually stunning experiments and tricks. But even as the stunts and the effects become more and more extreme with every year, still it seems like there is no replacement for a good old story. The audience award in the category – SHOWDOWN AT HORSESHOE HELL (USA, 2015) – is a rather simple narrative about a 24-hour grueling rock-climbing competition that is taking place at Horseshoe Canyon Ranch, Arkansas every year.

People’s Choice Award – UNBRANDED ( USA, 2015) – follows four men taking sixteen wild horses on a long and risky journey from Mexico to Canada in attempt to educate the public and to advocate that these beautiful animals are given freedom to roam. Beyond politics, what makes the story memorable is the underlining quest for self-discovery, meaning and purpose. Of course, the rough-and-tumble sparkles of humor help as well. 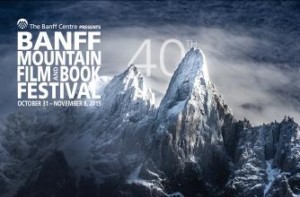 Among the films that stay with me after the end of the festival, are:

JUMBO WILD (USA, 2015)– a balanced and honest look toward a decades-long battle to preserve one of the most beautiful valleys in the Canada Rockies, “Jumbo Wild” captures the energy of the people on the both sides of the conflict, but ultimately turns into apotheosis of the will to keep the unspoiled wilderness wild.

MERU (USA, 2015) – One of the most anticipated films at the festival, “Meru” shows the strength and the persistence of three renown climbers – Jimmy Chin, Renan Ozturk and Conrad Anker – attempting the seemingly impossible climb of Shark’s Fin route on Meru Peak. The director Jimmy Chin takes the viewers along to see the beauty of the mountain, to witness the climbers’ Herculean struggles and feats; he reveals moments of doubts and fears, loss and pain, and above all – the triumphs of friendship and loyalty, and the absorbing dedication to a dream.

MOVING THE GIANTS (USA, 2015) shows the commitment of one man to the ancient redwoods in California and his determination to save them by replanting cuttings from trees destroyed by the human impact.

TAIGA(France, 2014), follows a group of Mongolian nomadic sheep-herders who struggle to resist not only inclement weather and wolf attacks, but to preserve their culture and traditional way of living. The camera follows the elder of the clan Purevjav in the seasonal migration through the high mountains. In outgoing battle with a wolf the old leader of the clan rediscovers an ancient wisdom about the connection between the humans and the wild.

VOYAGERS WITHOUT TRACE (USA, 2015) is engaging, well researched and beautifully shot story about three French kayakers who – in 1938 – went rafting on Green and Colorado river. The filmmaker, after tracking the “voyagers” through space and time, follow their journey from Green River, Wyoming, to Lee’s Ferry, Arizona, sharing with the viewer the thrill of white water rafting, the joy of traveling with good friends and the simple pleasures around the camp fire – an engaging journey juxtaposed with stunning panoramas of the red-rock country.

The high quality selection of films at Banff Mountain Film and Book Festival succeeds in reminding us that in times when the mainstream films often fail to convince the viewers in the authenticity of their characters and dramas, the documentaries show real heroes and their real stories, call for attention toward real problems, make us witness real struggles and feats and – ultimately – inspire us to dream, explore and grow.