The U.S. Fiction Award went to Takeshi Fukunaga for OUT OF MY HAND, which made its North American Premiere at the Festival.

The World Fiction Award went to Beata Gårdeler for FLOCKEN, which made its North American Premiere at the Festival. 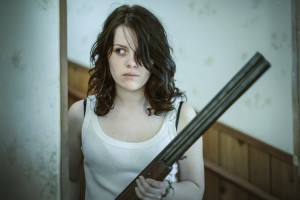 The Documentary Award went to Mo-Young Jin for MY LOVE, DON’T CROSS THAT RIVER, which made its North American Premiere at the Festival.

The LA Muse Award was given to Delila Vallot for CAN YOU DIG THIS, which had its World Premiere at the Festival.

The inaugural Nightfall Award went to Viet Nguyen for CRUSH THE SKULL, which had its World Premiere at the Festival.

Also newly established this year, the Zeitgeist Award was given to Bradley Kaplan for STEALING CARS, which also had its World Premiere at the Festival.

This year marked the second year of a special collaboration with Funny Or Die for the Make ’em LAFF internet talent competition to discover content creators of color and underrepresented voices who specialize in comedy. The winner was selected by a jury comprised of comedians. The winner was Marisha Mukerjee‘s OPEN HOUSE. Marisha will have her next video produced by Funny Or Die.

The Los Angeles Film Festival kicked off on Wednesday, June 10 with the LA Premiere of Paul Weitz’s GRANDMA and will closed with a Live Read of FAST TIMES AT RIDGEMONT HIGH directed by Eli Roth. Gala Screenings included the World Premiere of the new television series SCREAM, Todd Strauss-Schulson’s THE FINAL GIRLS and Benson Lee’s SEOUL SEARCHING. The 2015 Los Angeles Film Festival Guest Director was Rodrigo García; the recipient of the Jaeger-LeCoultre Glory to the Filmmaker Award was Gale Anne Hurd, this year’s Spirit of Independence Award was bestowed upon Lily Tomlin.

ABOUT THE LOS ANGELES FILM FESTIVAL

The Los Angeles Film Festival is a key part of the exhibition arm of Film Independent showcasing new American and international cinema that embraces diversity, innovation and unique perspectives. The Festival produces one-of-a-kind events featuring critically acclaimed filmmakers, industry professionals, and award-winning talent from our City of Angels and around the world. The Festival’s signature programs include the Filmmaker Retreat, Music in Film at The GRAMMY Museum®, Celebrating Women Filmmakers, Master Classes, Spirit of Independence Award, Coffee Talks, LA Muse and more. The Festival also screens short films created by high school students and a special section devoted to expanded storytelling across the web, TV and gaming. The Los Angeles Film Festival is presented in conjunction with Presenting Media Sponsor the Los Angeles Times. The Official Host Venue is Regal Cinemas L.A. LIVE Stadium 14. The Premier Sponsor is Southern California BMW Centers and the Principal Sponsor is Jaeger-LeCoultre. Platinum Sponsors include American Airlines, Dolby Laboratories, Inc., and EFILM | Company 3. The University Sponsor is Loyola Marymount University School of Film and Television. Peroni Nastro Azzurro is the Official Beer Sponsor. Sauza 901 Tequila is the Official Spirits Sponsor. The Los Angeles Athletic Club is the Official Host Hotel. WireImage is the Official Photography Agency. More information can be found at lafilmfest.com.

Film Independent is a non-profit arts organization that champions independent film and supports a community of artists who embody diversity, innovation and uniqueness of vision. Film Independent helps filmmakers make their movies, builds an audience for their projects and works to diversify the film industry. Film Independent’s Board of Directors, filmmakers, staff and constituents, is comprised of an inclusive community of individuals across ability, age, ethnicity, gender, race and sexual orientation.