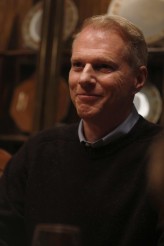 The actor talks about Stan's feelings regarding his actions 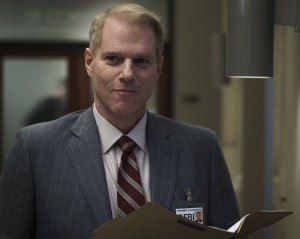 In Season 3 of THE AMERICANS, FX Wednesdays at 10 PM, everybody is having a rough time. Things are perilous as usual for married KGB spies Philip (Matthew Rhys) and Elizabeth (Keri Russell). However, FBI Special Agent Stan Beeman, played by Noah Emmerich, is having major troubles of his own. Stan still doesn’t know that his pal Philip is really a Russian agent, but he’s very aware of the fact that a Soviet bug has been discovered in the FBI offices, throwing suspicion on everyone. Furthermore, Stan is still trying to see if there’s some way he can rescue his KGB lover Nina (Annet Mahendru) from the fallout from her conviction for treason after she was caught passing secrets to Stan because he was blackmailing her. There’s a chance Stan may even go so far as to join forces in teaming up with Nina’s other lover, another KGB agent (Costa Ronin), to help the woman they both love. Meanwhile, Stan is still making a tentative effort to reconcile with his estranged wife Sandra (Susan Misner), who’s asked for a divorce.

Emmerich, who wrote and directed the award-winning short THE PAINTER while he was a student at New York University, has had numerous film roles, with credits that include COP LAND, THE TRUMAN SHOW, FREQUENCY, WINDTALKERS, MIRACLE, SUPER 8 and FAIR GAME. On television, the native New Yorker was a series regular on BACKWASH and played the despondent Dr. Edwin Jenner in the two-part Season 1 finale of THE WALKING DEAD. Emmerich’s brother is film producer Toby Emmerich, but they are not, Emmerich explains, related to director Roland Emmerich.

NOAH EMMERICH: I think yes. I think both. I don’t think Stan ever really wavered on whether or not he would betray his country for Nina’s sake. I think that tore his heart up a good bit and gave him great sadness and remorse, but I don’t think it was ever really in question that he would betray the integrity and the security of the United States for his selfish purposes. So I think he was proud of his integrity being intact and cut up and devastated by the cost of that in that particular circumstance, and for having involved Nina, who he saw, I think, to a large degree as an innocent bystander in the Cold War, a woman who was just trying to give her family some economic advantage by sending back stereo equipment, sending back money, and ended up being snared in a darker, deeper, more dangerous game.

AX: When THE AMERICANS started, did you know Stan was going to become involved with Nina?

EMMERICH: No, not at all. That was a surprise. I had no idea. I thought he was a happily married man. And it took a pretty hard right turn pretty quickly, so it did surprise me I think as much as it surprised the viewers, who Stan was.

AX: What did you know about Stan when you started?

EMMERICH: I knew his background and his foreground. I didn’t know where he was going, but I knew where he was coming from, and that’s really it. The rest was sort of made up on the fly, I think, as they came to that character.

AX: Do you know if there was anything in your performance that made the writers think, “Oh, let’s do this with the character”?

EMMERICH: I’m not sure, actually. I don’t think so. I think they’re pretty – I don’t think I have a huge impact on the writing of the character, although you never know.

AX: If this isn’t too spoilerish, can you say if Stan’s wife Sandra is coming back?

EMMERICH: Oh, of course. Susie Misner. We couldn’t do it without her.

AX: What would you particularly like people to know about THE AMERICANS right now?

EMMERICH: I think it’s an interesting, fascinating, intelligent, charismatic, engaging show. I hope everyone comes around and starts watching it. It really is pretty thrilling, and although it’s historical, it’s incredibly relevant to today’s times and to an ever-persistent humanity that’s true for all time. So I’d say it’s worth taking a look. I think if you come, you’ll stay.

This interview was conducted at a party thrown by Fox and FX networks for the Television Critics Association at Pasadena’s Langham-Huntington Hotel.