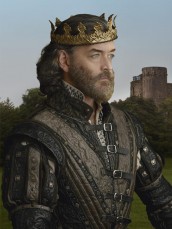 The creation of the ABC musical fantasy comedy series 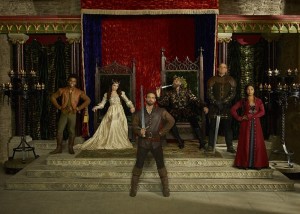 GALAVANT, airing on ABC Sundays at 8 PM with two half-hour episodes airing each week for four weeks, is unique. This is partly because it is set entirely in a fairytale realm – unlike its network mate, ONCE UPON A TIME, which is set only partially in a fairytale realm – but mainly because it is a genuine musical. Our hero Galavant (Joshua Sasse), his lost love turned evil Queen Madalena (Mallory Jansen), the wicked but mellow King (Timothy Omundson) and everyone else bursts into songs written by Oscar-winning composer Alan Menken and lyricist Glenn Slater.

ABC throws a party for its GALAVANT group and the Television Critics Association, where Menken performs a medley that includes both tunes from the series and some of his biggest hits from stage (LITTLE SHOP OF HORRORS) and film (THE LITTLE MERMAID, BEAUTY AND THE BEAST).

One of the attendees is GALAVANT creator/executive producer Dan Fogelman, who previously brought forth ABC’s half-hour comedy THE NEIGHBORS, and who has written for Disney on the big screen (CARS, BOLT, TANGLED). He’s happy to discuss the origins of his singing/dancing merry myth.

DAN FOGELMAN: Alan and Glenn did the movie TANGLED together, and so I wrote [the screenplay] and Alan and Glenn did the music, and we had a great time on that experience. And then I was doing THE NEIGHBORS and we were doing a musical episode and I called them [to write songs] and they came down, and we just had a blast. We were sitting with our fifty-person orchestra doing our weird, absurdist alien musical number. And our agents and the music folks around said, “You guys should do a TV show together.” But we didn’t have an idea. And at home, I had written the opening sequence of the pilot for GALAVANT, years previously. And it had been sitting on my computer, because I wasn’t sure what it was, if it was a movie, if it was a TV show, if it was a play. I couldn’t figure it out, I just put it aside. And then at a certain point, I pulled it back out and said, “I wonder if I could turn this into a musical and do it with Alan.” I basically finished up the script – I wasn’t thinking PRINCESS BRIDE, it just came out of my computer on the weekend.

AX: Now, did you know any of your main cast before you began the series?

FOGELMAN: I was very determined to get a very fresh-faced cast. I didn’t want suddenly a very famous person popping up into one of our lead roles. [GALAVANT] felt you wanted to transport it to an unusual world, a little bit. But I wanted to get famous guest stars to come play with us. 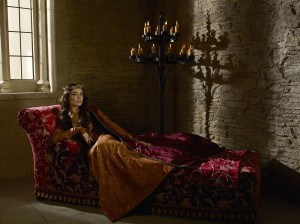 AX: Since you’re on the same network, any possibility of a crossover with ONCE UPON A TIME?

FOGELMAN: It’s slightly different worlds, isn’t it? But I would love it. By the end of the first season, we’re embarking on new worlds a little bit. By the end of this one, our characters are kind of re-paired off and going in different directions. It’s kind of cliffhanger-type endings, so it allows for different worlds. It would be very cool. I wanted to do a promo when we were first starting where we just shot in my office the main prince from ONCE UPON A TIME, David [Josh Dallas], just walking out of a room and then Josh [Sasse], our Galavant, walks in, and it would have been like, “Don’t worry, folks, ONCE UPON A TIME’s just going away for a minute, and while it’s gone, here’s something new to look at.” But we didn’t have time to shoot it.