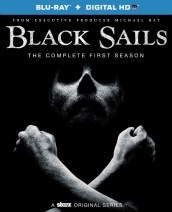 Also reviewed: THE HOUSES OCTOBER BUILT, THE EQUALIZER and more 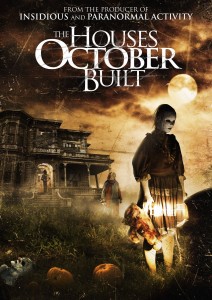 THE HOUSES OCTOBER BUILT – If you have ever been to a haunted house during the Halloween time frame, you know that the people that run those joints seem to have a screw loose in some way. Or at least they play it as such when trying to scare people to pee a little in their drawers. This horror flick follows a group of travelers combing the United States in order to find the most crazy and scary haunted houses around. Through word of mouth, they latch onto a rumor there is an extreme haunt known as “Blue Skeleton” that brings things to a whole new level so they track it down and it isn’t exactly what they were hoping to find. THE HOUSES OCTOBER BUILT shows that the found footage horror genre isn’t quite dead and if done right can actually work. What’s really cool about this movie is that it includes the original full-length documentary on “The Original House October Built” that features the same people in film actually visiting real haunted houses and scare events throughout the country in order to see some of the biggest and best as well as get to know the people that are scaring the bejesus out of people. It’s cool to see how this movie was crafted around the documentary, which actually ends up being a horror movie itself toward the end, although the first part functions as a semi-legit doc. 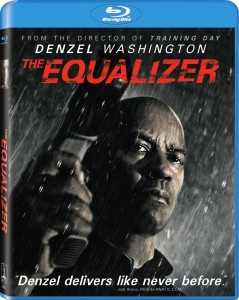 THE EQUALIZER – Given it was the holidays I missed some titles from last week including the very well done THE EQUALIZER that lets Denzel Washington really put on his ass-kicking boots and take a walk for a good two hours. Now just a mild mannered Home Depot-type worker, Washington’s character of McCall has a mysterious past that in some manner involves military training or espionage or something that gives him the ole “unique set of skills” that allows him to take out six bad guys using just his hands and the environment around him. McCall gets wrapped up in a Russian mob scheme after a prostitute friend of his is roughed up and he has to come out of his own imposed retirement from this line of work. What follows is a brutal and fun action flick and Denzel just having a great time going ham and destroying people in a variety of ways. None of it seems at all plausible, however, that’s not the point. The point is to sit back and watch a really good action flick rivaling the original TAKEN in terms of its character and the way he goes about executing his business. Definitely recommended for fans of the fast-paced, brutal action genre. 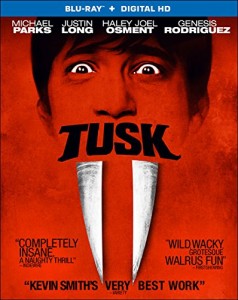 TUSK – TUSK is the obscure movie that Kevin Smith made on a shoestring budget that just baffles the imagination as to why he would want to do a film like this. I’m not saying TUSK is bad. Everything about it is top notch from the acting to the production values and even the ridiculous special effects that have been purposely made ridiculous are done well. This is just one f***ed up movie. Smith has been doing some interesting things in his career after running the gamut of the comedy movie circuit. RED STATE while not perfect by any means was a decidedly different movie from him in its scope and material. The same can definitely be said about TUSK, which is the story of a podcast personality that takes a trip to the deepest, darkest reaches of Canada in order to uncover the story of a crazy old man. Except this time, he really is crazy, serial killer crazy. The kind of crazy that wants to turn people in walruses because he once was abandoned on a rock in the ocean with one and it was the best time of his life. The kind of crazy that will remove your limbs and stitch you to other body parts in order to make you into a walrus. I’m admittedly not the biggest Smith fan, but I’d definitely be down for seeing more of where his mind in the horror genre goes. 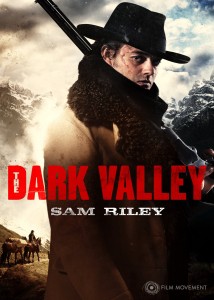 DARK VALLEY – This is the most American Wild West set in Germany and made by Germans film you’ll ever see. Yes, you read that right. DARK VALLEY is a revenge flick from head to toe. When a stranger comes to a remote German village as a photographer, he is not all of what he appears to be. When people start ending up dead of mysterious ways, the village begins to figure out that the deaths of the people along with the arrival of the stranger are not a coincidence. DARK VALLEY does a good job in covering up the intentions of the dark rider as he appears weak in the eyes of his enemies at first only so he doesn’t reveal his hand and the real purpose of why he is there and why these men in this village must pay the ultimate price. Obviously, this is an import but an import Western is something that is not often seen here in the U.S. but this one is pretty good and as far as revenge Westerns go, stacks up against many of the modern day films that have come out in the past few years. 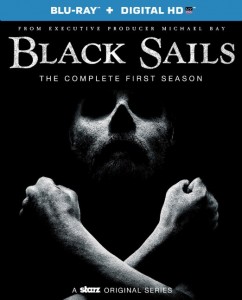 BLACK SAILS: THE COMPLETE FIRST SEASON – If you are a fan of pirates, not the supernatural stuff found in the PIRATES OF THE CARIBBEAN franchise, but the hardened sailing type with epic naval battles, then BLACK SAILS is a TV show you need to get behind. Airing on Starz, the show is a pretty good take on the men who sailed the seas looking for treasure and terrorizing other ships in order to get their loot. The sets are extremely well done, the production values are top notch, the costumes are very cool and the acting does a well enough job to be shown on any network. But being on pay-TV, we really get the gritty storytelling a show like this needs along with the harsh language and nudity found on most shows on other competing networks. BLACK SAILS does a decent job of balancing the historical characters with a mix of fictional people and the storylines follow that same line with some things coming right from the history books while others being created to tell a better story. Highly recommended for fans of pirates, action shows or shows that have deep characters with lots going on in the plotlines. 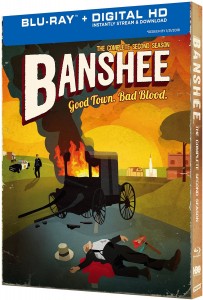 BANSHEE: THE COMPLETE SECOND SEASON – With all the hoopla surrounding the original programming of Showtime, HBO, Netflix, Starz and others, one network seems to get the shaft when it comes to any high praise – Skinamax, er I mean Cinemax. Obviously, it might be a certain moniker that may keep it from said high praise. But not from this guy. I am here to say that people are missing out on one underrated shows in BANSHEE, now going into its third season on the pay-TV network. The show is a bit of a guilty pleasure as it does feature ample amounts of naked women and sex scenes but this no different from your GAME OF THRONES or TRUE BLOOD variety. It is the story of an ex-con that takes the identity of a dead sheriff in the town of Banshee and begins enforcing the law that is if he can control his own urges to steal everything in the town for himself. Coupled with a crazy Amish gangster, a Native American casino mob boss and his ex-lover turned housewife that longs for action, the show is unique on TV. In Season 2, the dead sheriff’s son comes looking for his dad creating a world of trouble, Anna is sent to jail for her part in the Rabbit battle in the finale and Lucas continues to deal with both the Amish and Native Americans both of whom want to kill each other for different reasons. All-in-all you should give this show a chance because it really is damn good TV.