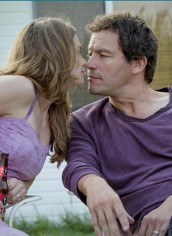 Jeffrey Reiner gets cozy in THE AFFAIR – exclusive interview

The executive producer/director talks about the story with two sides 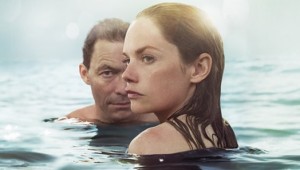 Showtime’s THE AFFAIR, Sundays at 10 PM, chronicles the growing relationship between Noah (Dominic West) and Alison (Ruth Wilson), both married to other people. In the drama created by Sarah Treem, we hear both their versions of events as the two are separately interviewed by police about a crime. The first season is ten episodes long, with two more seasons planned if all goes well.

Jeffrey Reiner, one of THE AFFAIR’s executive producers, directed the series pilot as well as other episodes. Reiner has been a producer/director on many other series, including HELIX, AWAKE and FRIDAY NIGHT LIGHTS. Following an AFFAIR Q&A session held by Showtime for the Television Critics Association, Reiner remains to answer some follow-up queries.

AX: Is there a challenge in directing scenes that don’t have a great deal of physical action in them? For example, in FRIDAY NIGHT LIGHTS, there was a fair amount of running and throwing.

JEFFREY REINER: There were a thousand scenes of people in doorway and cars and tables. I actually think that intimate scenes are harder than anything you can do.

AX: How much direction do you give the actors, and how much is too much?

REINER: Well, that is the director’s dilemma. A good director knows when to say something, when not to say something. It depends. Sometimes actors have trouble with the scenes and you just have to guide them. Every scene is different. This material is so personal that sometimes you have to give a bit of yourself up to them to let you know where you are. So it’s different. But this is really the hardest show, the most intimate scenes, that I’ve ever had to direct.

AX: Can you talk about how you work with the actors in the naturalistic style of THE AFFAIR?

REINER: First of all, I think the naturalistic behavior, for me, is the glue that holds the two different perspectives, because even though we have really fought very hard for [actors] like Ruth or Dominic to play the two different sides, they still have to find the subtext. They still have to find the right behavior. And the shadowing of how she reveals herself to him and vice-versa is different, and we’re constantly struggling. For me, it’s all about the behavior and about the naturalism. I’ve never worked harder in rehearsals or on the set to just find that naturalism. With FRIDAY NIGHT LIGHTS, a lot of those kids, they hadn’t even taken acting classes up to that point. So it was a little easier. But these guys … this is the best cast I think I’ve ever worked with. Sarah and I look at each other all the time. We’re kind of blessed to have these guys. And we ask them to do things that, my God, I wouldn’t want to do. And they do it. And where they go in the next episodes are kind of amazing.

AX: Is it difficult directing the sex scenes?

REINER: I wanted the sex scenes to be as naturalistic as possible, with not a lot of editing. My favorite sex scene of all time is in LAST TANGO IN PARIS, the first time they make love. It’s all in one shot. I think it just feels artificial if you cut too much. But a lot of times, they’re naked or they’re fairly close, so you have to kind of plan it out. But I don’t micro-manage them. I tell them basically how I want to shape the scene and I let them figure it out. I don’t say, “Put your hand on the dress” or anything. I think that’s kind of a violation. And actors don’t do it. They respect each other.

AX: You’re shooting in Montauk. Is it helpful to be in the actual location where the story is set?

REINER: Always. We are on location almost ninety percent on this show. On FRIDAY NIGHT LIGHTS, we were on location a hundred percent. I don’t think we can make the show without being on location.

AX: Sometimes the differences between Noah’s version and Alison’s version are very big, resulting in whole different scenes, and sometimes the changes are subtle details, like the color of a shirt. How do you handle that element of sort of the same/sort of different?

REINER: Well, it’s just their memory and also the way it shifts the tone of the scene. We did an episode where they both remember they go to a hotel room, and they both remember pretty radically different. Once is much more romantic, and one is not so romantic. So sometimes we don’t do it, and sometimes [like when Alison] goes to the party at Bruce Butler’s, for her, she hasn’t been to a party like that, so it’s more fantastic. With him, it’s kind of drudgery, so it’s not so fantastic. It’s really always to support the story. Sometimes it’s brushstrokes, sometimes it really services the story. It’s something that Sarah and I have spoken about a lot.

AX: Is there anything else you’d like to say about THE AFFAIR?

REINER: It’s the most complex show I’ve ever worked on. It goes some places that you really don’t see all that often and it’s going to be a great show.