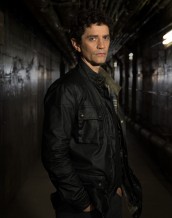 The exec producer/show runner talks his new series, plus what happened with THOSE WHO KILL 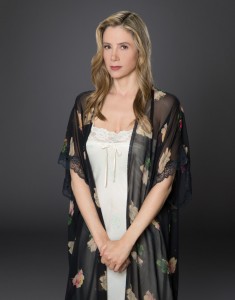 Glen Morgan does have some non-genre credits, including writing and/or producing on the original 21 JUMP STREET, THE COMMISH and WISEGUY. However, the prolific hyphenate is most closely associated with science-fiction and horror. As a writer, producer and/or executive producer, Morgan has been an integral part of the television series THE X-FILES, MILLENNIUM, SPACE: ABOVE AND BEYOND, THE OTHERS and THE RIVER (to name a few), as well as the FINAL DESTINATION film franchise.

Now Morgan is executive producer and show runner on BBC America’s new series INTRUDERS, Saturdays at 9 PM. Based on the novels by Michael Marshall Smith, INTRUDERS stars John Simm (LIFE ON MARS, DOCTOR WHO) as Jack Whalen, an ex LAPD detective who has moved to Seattle with his wife Amy, played by Mira Sorvino, in order to distance them both from a tragedy. Then Amy begins behaving very strangely. As Jack tries to find out what’s going on, we see that this may be connected to a series of murders that occur around other individuals who exhibit personality changes.

Morgan is present at a party held by BBC America on the roof of West Hollywood’s London Hotel for the Television Critics Association. As a suitably surreal mermaid frolics in the pool, Morgan talks about how much he’s enjoying INTRUDERS, and also discusses a bit of what happened with his short-lived A&E series last year, THOSE WHO KILL.

ASSIGNMENT X: How was the book INTRUDERS brought to your attention?

GLEN MORGAN: Hugh Fitzgerald, who works for Howard Gordon now, and Amy Hodge, I had a meeting with them, and they said, “Here’s this book.” Jane Tranter had tried to develop it in England for a couple years and I remember them handing it to me.

AX: In this context, Jane Tranter is …?

MORGAN: She’s [at the] BBC studio. And so the studio, the network and BBC UK, they had been looking to develop something.

AX: Does Season 1 of INTRUDERS encompass the entirety of the first book in the series, does it stop before the end of the book, does it go a bit past the end?

MORGAN: No, it’s the book. Four episodes – Five through Eight – veer from it. But the whole framework is the book.

AX: In the first episode of INTRUDERS, it looks like the hit men played by James Frain and Robert Forster are making sure that nobody’s around to notice that certain people are no longer behaving the way they were expected to behave?

AX: So that is something we are meant to understand from the first episode onward?

MORGAN: No, you don’t need to totally understand it. But as the show goes on, you’ll go, “Oh, I know what that is.”

AX: Do we find out why the Intruders pick the people they pick?

MORGAN: Well, the idea is that, the way the world works, we all have two people’s spirits inside of us. So the Shepherds – James and Robert Forster and a lot of others – they go through and find members of that society to be clicked back on.

AX: Your brother Darin Morgan is on the INTRUDERS writing staff. Is this the first time you two have worked together since X-FILES?

MORGAN: No, we worked on THOSE WHO KILL, which did not go that well, and we had worked on a Cartoon Network show called TOWER PREP. It was a small, little show that we both loved.

AX: What happened with THOSE WHO KILL?

MORGAN: They [original network A&E] burned it off on something called Lifetime Movie Network.

AX: Is there anything you learned from that experience that you’re able to bring to this experience, or are they totally different?

MORGAN: The difference is BBC Worldwide. They were really hammering on me, “Do a British drama. We’re doing a British drama.” And Darin and I are American, so we merged the two, but when I looked at them, they were like, “Please take off makeup, make sure the houses are messy, make sure it looks real, it doesn’t look too art-directed.” And when I was on THOSE WHO KILL, I had [leading actress] Chloe Sevigny, who is just the best, and they were given me grief over her wearing a leather jacket. They were like, “We want people to like her.” And I was, “What does that have to do with her wearing a leather jacket?” So it was things like that. It was maddening. These guys [at BBC] have been great. They taught me a lot about that approach.

AX: Your brother Darin Morgan wrote the hilarious and almost surreal out-there X-FILES episode “Jose Chung’s ‘From Outer Space.’” That style may be a little too weird for INTRUDERS, but –

AX: There’s an X-FILES joke in the first episode of INTRUDERS. Are we going to see any more X-FILES references?

MORGAN: Karin Konoval, who plays the neighbor – Jim [Morgan’s frequent creative partner James Wong] and I were known for this X-FILES [“Home”] where the mother was kept under the bed. She’s the mother. She’s also the orangutan in DAWN OF THE PLANET OF THE APES. I use her as often as I can.

AX: You’ve talked about being very impressed with young actress Millie Morgan Brown, who plays the key role of the little girl Madison O’Donnell in INTRUDERS, saying that she is uncannily mature, prepared and immediately comprehending of nuances in the material.

MORGAN: [INTRUDERS novel author] Michael is like, “INTRUDERS can explain why Mozart can write operas at four years old.” Dealing with Millie on set, I’m like, “Oh, that’s this. She’s from somewhere else.”

AX: How did you assemble your writers’ room for INTRUDERS?

MORGAN: My wife, Kristen [Cloke] wrote Episodes Six and Eight with me, and she had written before and she did a couple of scenes here and there on THOSE WHO KILL, and I’m like, “Let’s do this.” So it was just Darin, Kristen and I.

AX: Do you like the ability to tell sort of a novelistic story with this show?

MORGAN: Absolutely. That’s the great thing in the development of TV since THE SOPRANOS. I was there when Steve Cannell brought me up, and you didn’t ever do that. You had the end of the year – a two-parter was a big thing. So to be able to tell a story that way is quite a challenge and really very new in television.

AX: Did you do any research about any aspects of the story once you became involved with INTRUDERS?

MORGAN: No. My dad had always, since I was a kid, been interested in reincarnation. So we always had JONATHAN LIVINGSTON SEAGULL and this book called THE SEARCH FOR THE GIRL WITH THE BLUE EYES by Jess Stearn, a lot of that kind of stuff, and while I don’t know that I buy into it, it’s a really interesting idea.

AX: What is the core of the story of INTRUDERS for you?

MORGAN: Well, let’s see. Mira’s character had saved John’s character’s life. He had a very dark incident in his past, so we’re trying to make it about love, that it goes on, and the search for it and that love can be eternal.

AX: Anything else you’d like to say about INTRUDERS?

MORGAN: I’ve really had a great time doing this. I’ve had a few miserable years [previously], but we really all got along really well.