Home » dancing with the stars recap danika mckellar gets the boot 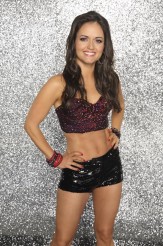 DANCING WITH THE STARS Season 18 Recap: Danica McKellar gets the boot 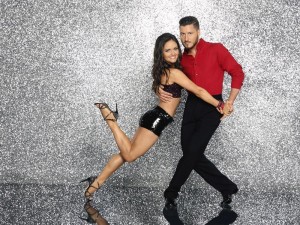 The wicked witch of the dance floor – DANCE MOMS‘ Abby Lee Miller –  guest judged on DANCING WITH THE STARS tonight and boy was the tension palpable, especially between Miller and Maksim Chmerkovskiy. But it was clear none of the pros were her fans. Even when she praised the pros she was met with lukewarm gratitude. Why they would bring such a highly chagrined, low-level reality TV star to a show like DWTS is beyond me. She clearly had prejudices from the get go, giving James Maslow high marks because she had a thing for him and low balling Meryl Davis because she can’t stand her partner – Chmerkovskiy. She tainted the show and luckily it was a one time thing – Hopefully, never again will the producers be foolish enough to bring her back. It’s like having the trash on JERRY SPRINGER show up on an Oprah Winfrey show. Keep the trash where it belongs on sub par TV programs.

Still, the damage may already be done. Davis and Chmerkovskiy, who scored first place last week, are now in last place thanks to Miller’s disregard for their two performances. This puts them into great jeopardy for next week. However, this week it was Maks’ brother Val who got the heave ho along with his celeb partner Danica McKellar. The celebrity dual dance performances – where two couples dance together – put Amy Purdy & Derek Hough into first place along with Charlie White & Sharna Burgess with 78. James Maslow & Peta Murgatroyd are right behind them with 75 points and then Candace Cameron Bure & Mark Ballas have 74. Four points below them are Davis and Chmerkovskiy. next week is the semi finals. Stay Tuned.

Danica McKellar (actress) and her partner Valentin Chmerkovskiy
Intense. Inaba called her Tango refined. Goodman said she was on it. Tonioli said it was powerful. Miller told her to keep her shoulders down.
Scores: Inaba – 10, Goodman – 9, Tonioli – 10, Miller – 9, Harland – 9

James Maslow (singer/actor) and his partner Peta Murgatroyd
Very dapper. Inaba hopes he comes back next week stronger. Goodman said he was a fan of his dancing. Tonioli told him to control his buttocks. Miller thought his Viennese Waltz was perfection.
Scores: Inaba – 8, Goodman – 9, Tonioli – 9, Miller- 10, Harland – 9

Who Went Home: Danica McKellar & Val Chmerkovskiy
Who Has Legs To Take Home The Mirror Ball: Amy is pulling ahead…but James, Meryl and Charlie are right on her tail!