If you need a comfortable and affordable vehicle, the Soul is for you 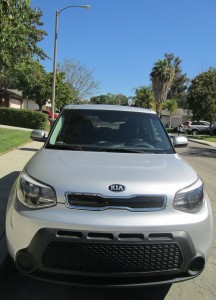 Sometimes building a better beast is important for car manufacturers. Everyone wants the latest and greatest new toys, but some times you just a need a solid vehicle to get around that’s affordable but doesn’t need to be a tank either.

The 2014 KIA Soul is that vehicle – a pleasant, easy-to-please machine from KIA’s long line of well-made and snappy-looking vehicles.

Even though the Soul owes its lineage to the SUV, it feels so much more – and has the ability to not only be a family car, but one you can drive your friends around with and not be embarrassed.

The Soul is famous for featuring those silly hip hamsters – and that definitely gives this vehicle a much cooler persona. 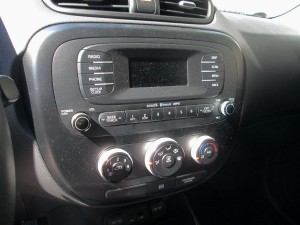 On a trip to Las Vegas, the Soul proved to be easy to drive and personable – and while the vehicle we drove didn’t have a CD player or Sirius radio (those are extra add-ons though), it still served its purpose.

The Soul is a smooth ride, and can comfortably fit five people in its compact space. It also has the ability, like so many vehicles to serve as a nice transport vehicle. Knock the back seats down and you more than enough space to pick up larger objects or help your friends move. There’s also the ability to only put half of the backseats down for suitcases and other trip essentials – that way, there’s at least on additional seat in the back.

I was also a big fan of the bonus hidden trunk. Instead of having one big deep trunk, there are two back areas. The bottom layer is compartmentalized for specific needs (whether it’s things brought for trips or just back-up things like clothes and tools so they’re out of the way and not cluttering the rest of the car. A cover then comes down and you have space to place your larger items. Be warned, it is a tight trunk without putting the back seats down, but any additional space you can squeeze out in a compact vehicle like this the better.

The exterior is sleek with LED headlights, and I’ve always liked the fold-out side mirrors on newer vehicles.

I wasn’t a big fan of the GPS Navigation. Like many vehicles, the navigation tends to get a little confused by the nuances of freeways and side streets. When your phone navigation proves to be much more accurate (even when that too can be a bit confusing), then you know car GPS needs a little more refinement before it can compete in a safe and comprehensive way.

While I’ve loved all the KIA vehicles that were tested, the Soul is frankly a little too basic for my tastes. It does get good gas mileage, but as I said before, it’s essentially a starter vehicle. It’s affordable and gets the job done and for some (and of course for anthropomorphic hamsters), that’s honestly all you need.