Exclusive Interview with OUT THERE and FUTURAMA actor John DiMaggio 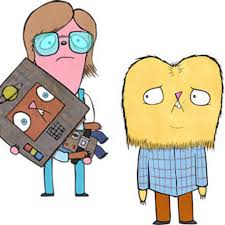 In IFC’s animated series OUT THERE, which airs new episodes Fridays at 10 PM, creator Ryan Quincy has envisioned a small town where much of the populace is strangely furry – he has said his artwork is influenced by Dr. Seuss and Maurice Sendak.

John DiMaggio voices several OUT THERE characters, chief among them Wayne. The New Jersey-born actor is a star in the animation voice performance world, playing Bender on FUTURAMA, plus characters in WRECK-IT RALPH, TANGLED, the TV series THE PENGUINS OF MADAGASCAR, various iterations of BEN 10, BATMAN, SPIDERMAN and a host of other projects. He takes some time to talk about what’s new for him in OUT THERE.

ASSIGNMENT X: You play a lot of growly grown-ups. How is it playing a kid for a change?

JOHN DiMAGGIO: You know, I play the dad and another teenager who’s kind of a bully character. It’s different. It’s funny. I don’t usually get to play young characters. I’m always the gravelly deep-voiced guy or something like that. But this has been a real change of pace for me, and it’s a really good show, and it’s really a lot of fun. It’s always nice to work for a new network and work on a new show and it’s just been great.

AX: Is there any difference working with IFC than other networks?

DiMAGGIO: No. You know what? Everybody’s pretty seasoned and everybody knows how to work the right schedule, how to get recordings right, and there’s a lot of experience, a lot of people who have worked on veteran shows, from THE SIMPSONS to SOUTH PARK to FREAKS AND GEEKS. Everybody knows what’s going on. It’s just nice when people have their act together and they know how to make something work right, and this is one of those projects. It’s just exciting. It’s a lot of fun and everybody’s really cool. 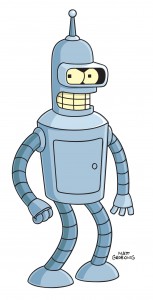 AX: How would you describe the style of the comedy in OUT THERE?

DiMAGGIO: There are some great laughs. But see, the thing is that, a lot of times, a lot of animated series, everything’s got to be like, Bam! Bam! Bam! They hit you with a joke and they hit you with a joke, and over the top and over the top, and this is very laid-back. The jokes are slow punches, but they come hard and that’s something that’s really different for me, compared to the other shows I’ve been fortunate enough to work on. This show is really cool. I’m just hoping everybody likes it as much as I do, as much as we do.

AX: Are you enough of a presence in animation that you can choose which shows you want to do at this point?

DiMAGGIO: I don’t think I’m able to do that. I love to work, I’ll do whatever, as long as it’s all right. Listen, I love working with the people I get to work with, so whatever they’re doing, if they want to bring me in, that’s great. I still audition, I still go through the rigmarole of being a character actor and all that stuff, and that’s fine. I’m down for that, that’s what I signed up for, you know what I mean? But yeah, it’s all par for the course. I’ll do whatever. I love playing the game, I love being a hired gun.

AX: Do you think that people perceive TV animated series differently these days? When it started out, cartoons were seen as being for children, but now …

DiMAGGIO: Yeah. That’s totally changed. It’s a lot more acceptable medium, I think. I think people realize that there’s an audience for it, and I think it’s become more popular and definitely more acceptable, and since I’ve been out in Los Angeles doing animated stuff, I definitely think this is a change of pace and it’s really funny and there’s a good pedigree with this show, and I just hope people like it as much as I do.

AX: Do you work a lot with animation writer/producer Charlotte Fullerton?

DiMAGGIO: Oh, Charlotte is wonderful. She’s done some great stuff with BEN 10. She is a fantastic, fantastic writer. I have much respect. She’s had a tough time of it. [Her husband, animation/comic book creator] Dwayne McDuffie passed away suddenly and that really took the wind right out of her sails, but God bless her, she kept working, she worked her way through it. She’s a fighter and she’s a courageous woman and she’s a brilliant writer and I love working with her. It’s great. She’s awesome and I’ve been doing some of the new BEN 10, so I’m looking forward to that coming out.

AX: Had you worked with Dwayne McDuffie?

DiMAGGIO: I did work with Dwayne, and Dwayne was so cool. He was the coolest customer in the room. Somebody said this and it was the nail on the head – he was the kind of guy who was the smartest guy in the room, but never acted like he was the smartest guy in the room. Never, not once. He was a humble man and he was brilliant and he will be sorely missed. It’s such a tragedy. He got taken from us too early, but he was really something else. And he was a force, too – he was a real force in the animated world as far as writing was concerned. He was just brilliant. He’s a trailblazer for young black writers. Dwayne was the man. He’s sorely missed.

AX: Had you worked with OUT THERE creator Ryan Quincy before this?

DiMAGGIO: No, I hadn’t. Ryan Quincy is great, he’s wonderfully talented and it’s been a great experience, it’s really great. And there’s always something new and someone new to work with, and that’s the joy of this business, and that’s what makes it so much fun. I’m just glad to be fortunate enough to do what I’m doing.

AX: What’s coming up for Bender next season on FUTURAMA?

DiMAGGIO: You know, I’m not sure what I’m able to talk about [laughs], but there’s going to be some really funny stuff. The next thirteen are going to be great, the guest stars are going to be great – it’s one of our strongest seasons, I think. The show is wonderful, because the show just keeps getting better and better, and I’ve been fortunate enough to work on some really great projects, across the board, from adult cartoons to children’s cartoons, from FUTURAMA to MADAGASCAR to KIM POSSIBLE to OUT THERE. I’ve really been fortunate to do all kinds of different stuff, and that’s the joy of this job. But we’ll see. I’m just loving it. Yeah, there’s all kinds of crazy stuff. There’s a really funny Zoidberg one. Zoidberg’s one of my favorite characters, so Zoidberg is coming up. Billy West is so amazing as Zoidberg and we had Maurice LaMarch coming back for us a few times, two-time back-to-back Emmy winner. Everybody’s on board. It’s awesome.

DiMAGGIO: It’s called I KNOW THAT VOICE and it’s a documentary about animated cartoon voiceover people. Check it out – iknowthatvoice.com – there are a couple of YouTube trailers on it, we’re almost done. Check it out.

AX: Who’s your partner on that?

DiMAGGIO: Tommy Reed and Lawrence Shapiro. All three of us are producers. I’m executive-producing it, Tommy is the lead producer andLawrence is directing it.

AX: Do you touch on any voice actors from classic animation, like Mel Blanc?

DiMAGGIO: We actually have footage of Mel in I KNOW THAT VOICE. We got to talk with Noel, his son. And so it’s really awesome.

AX: And what would you most like people to know about OUT THERE?

DiMAGGIO: That it’s completely relatable. You look at these characters and you think, “How can I relate to this fuzzy person?” Believe me, everybody I know could relate to at least one character in this show and I’m really excited about it.