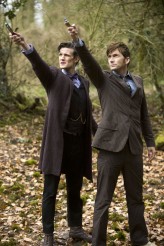 Will the Silence fall, and will all plot threads be resolved by Christmas? 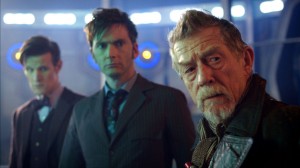 Marcus Wilson has been a Producer on the current run of DOCTOR WHO for the last two series. Like all shows he has seen ups and downs in terms of fan and critic reaction to the episodes he has been part of. Now in it’s 50 Anniversary DOCTOR WHO is bigger that it ever has been, and it has a HUGE loyal following here the United States. With specials like AN ADVENTURE IN SPACE AND TIME, and the 50th Anniversary episode “The Day of the Doctor”, this year is big, big, bigger on the inside. Plus Wilson is seeing Matt Smith depart the show in the Christmas episode to make room for new Doctor Peter Capaldi. Wilson chatted with ASSIGNMENT X about what might be in store for the 50th, and even into years beyond now with a possible return of the 11th Doctor somewhere down the line.

ASSIGNMENT X: Have there been any monsters that you haven’t gotten to yet that you really have wanted to use?

MARCUS WILSON: Not at the moment, I don’t think. The one that Steven [Moffat] and I had wanted to do for ages was the Zygons and we got them in the 50th. So we’re both really proud of that. I think the thing the show is looking for now is new monsters. Seeing Steven create the Weeping Angels, the Silence, and the Vashta Nerada; I can’t wait to see what he’s going to come up with for the new Doctor to tackle.

AX: He really understands how to create the creepiest monsters.

WILSON: He does, he really does. Even down to the crack in the wall and Prisoner Zero. He manages to create monsters that really resonate with your memories of childhood. He knows what it’s like to be scared of what is under the bed.

AX: You just used the Zygons and the Ice Warriors just came back as well. Was that one person on the team realizing they hadn’t been seen since the 1970’s and wanted to bring them back?

WILSON: The return of the Ice Warriors was Mark Gatiss’ passion project. He had so many stories for the Ice Warriors. Coupled with that was speaking to Neal Gordon and his team at Millennium Effects and they said they wanted to redesign them and really make them cool! The key was to take the cues from the classic designs and use modern materials that we have now. Mark also had the great idea to show a facet to the Ice Warriors that we had never seen before, when the armor opened up and we saw the creature inside.

AX: Do you producers on the show ever think about the toys when you are coming up with show ideas?

WILSON: We’re fans making the show, so we always are thinking about what would be cool. But of course, first and foremost we think about what makes a good story. If you have a cool story and a cool monster; there’s going to be a cool playset to follow.

AX: Can we talk about the potential for River Song to return?

WILSON: In “The Name of the Doctor,” the Doctor and River Song said goodbye and it was time to sleep, but River Song’s story takes place all throughout the Doctor’s many lives and we’ve heard her talk about times with the Doctor that we haven’t seen yet. So I think should Steven and Alex Kingston be agreeable there will be more River stories to come. No body is ever done in DOCTOR WHO, unless Steven decides it. 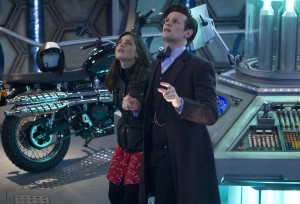 AX: Well, and if Elisabeth Sladen can return as Sarah Jane Smith decades later then the door is open.

AX: With the 50th and the regeneration of the 11th Doctor will we finally get a pay off for prophecies like the fall of the Silence?

WILSON: I think Steven is very conscious of the promises he has made and whether he pays them off in any way that anyone expects remains to be seen. As he said at Comic Con, he’s twenty-two pages into the script; so even he doesn’t know how he’s going to pay it off yet. Rule number one the Doctor always lies. Steven Moffat also lies. [Laughs] The thing about Steven is he will always deliver in the end. “The Name of the Doctor” took us to Trenzalore, and we really weren’t expecting that moment. So he’s laying the seeds and the groundwork and he’s hiding in plain sight sometimes. Steven said when we were shooting in New York; he had always known how Amy Pond was going to leave. He said when he wrote “The Eleventh Hour,” he wrote a scene that we cut into “The Angels Take Manhattan.” He had always known how she was going to go.

AX: The change of the TARDIS interior this year, did that have a specific reason behind it?

WILSON: I could come up with something. [Laughs] But, the truth is we had the old TARDIS which had been Matt’s for two seasons and took him into Season Seven A. We were moving out of studios in Upper Boat in Cardiff. The set was built in such a way that it was part of the studio, so you couldn’t take it with you. If you took the set down you would destroy it, and there had been problems in how we shot it, because it was built around the old TORCHWOOD hub. So we could spend all the money to take it down and completely rebuild it and still have all of the problems shooting in it that we had, or we could let our genius designer Michael Pickwood have a go at it. It worked really well and it was justified in the narrative with the Doctor moping around on a cloud for two-hundred years after losing Amy and Rory Pond. We figured in that time he would have re-decorated. 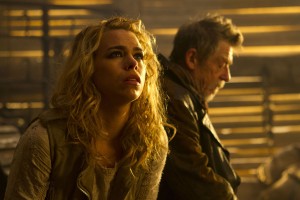 AX: I’m not 100% certain, but I think this is the first time in the Doctor’s history that we’ve jumped hundred of years in between episodes and really made a point in telling the audience how much time has passed. That seems like it would allow you to bring Matt back at some point in time and do lost tales of the Doctor in some way

WILSON: Yeah. Steven has always got an eye to the future. One of the things I love about working with Steven is he is the biggest fan of DOCTOR WHO that I know. He’s not afraid to challenge the expectations, like introducing John Hurt as the Doctor, or jumping two-hundred years in the Doctor’s timeline. He’s going to play with other things that people might be afraid of.

AX: If John Hurt is some kind of forgotten Doctor doesn’t that throw the numbering we know completely off?

WILSON: Well we’ve also seen a future Doctor with the Valyard. So there are all sorts of possibilities. How do we know that Hartnell was the first incarnation of the Doctor? He’s the first Doctor we saw.

WILSON: Absolutely. Tune in to “The Day of the Doctor” and find out.

AX: Difficulties or joys of working with multiple Doctors in one episode?

WILSON: Difficulties would only be having three great actors and trying to service them all, but that’s also a joy because anything you give to any of them they can deliver. When they were on set together they were having so much fun that getting them to concentrate was tricky, but at the same time you were getting great stuff out of them all. David (Tennant) and Matt (Smith) were both saying things like, “no Doctor, after you Doctor.” John was just a consummate professional. It was a joy to have all three of them on set together.

Article: Exclusive interview with David Bradley in AN ADVENTURE IN SPACE AND TIME – PART 2