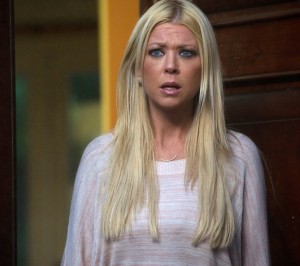 Yes, it’s a bird, it’s a plane, it’s SHARKNADO 2 and it’s coming to New York to take a bite out of the Big Apple. Last night, Syfy announced via LATE NIGHT WITH JIMMY FALLON  that a sequel has been greenlit and it will take place in New York this time.

The Asylum will be producing the film again and it’s set to air in 2014.

Syfy also announced that it is asking the fans to come up with the sequel subtitle via Twitter. So you can submit those names @SyfyMovies with the hashtag #SHARKNADO. Let the crazy weather/animal hybrid jokes begin (well, they already began, now they’re just going to continue going and going and going).

In the press release, Thomas Vitale, Executive Vice President, Programming and Original Movies, Syfy, said: “Every once in a while, there is a perfect storm – on television. The fans are clamoring for a sequel. Or perhaps it will be a prequel. What we can guarantee is that Sharknado 2 will be lots of fun. We’ll be announcing more details very soon. But we didn’t want our fans to worry they wouldn’t get their fill of more shark fin, I mean, fun next year.”

No word as to who will be returning for SHARKNADO 2 from the cast or creative team, but we’ll keep you posted as the story develops.