The movie debuts July 11 and the trailer is finally here 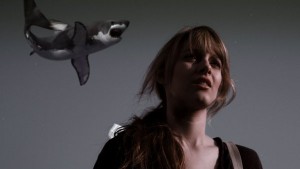 Finally, after a very long wait, a super short SHARKNADO trailer has finally made its debut.

Syfy has released their officially commercial spot for the trailer for the epic new disaster/shark film (check it out below) starring Tara Reid, Ian Ziering, John Heard and Cassie Scerbo which will make its debut on the network on Thursday, July 11 (check local listings for times).

The story follows a ragtag group of people banding together to save themselves (and Los Angeles) from an impending tornado full of sharks. Expect the City of Angels to be destroyed in wonderfully glorious ways.

Here’s how Syfy describes it in their press release …

SHARKNADO is directed by Anthony C. Ferrante and written by Thunder Levin