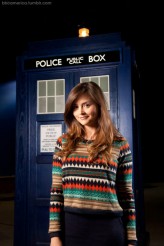 She joins the series this Christmas

Everyone knew the forthcoming Series 7 of DOCTOR WHO was going to be the last for Amy Pond (Karen Gillan) and Rory Williams (Arthur Darvill), and now we finally get a glimpse of who will be replacing them after the married companions depart in the fifth episode of the current season set to air this fall on BBC and BBC America.

The actress playing the new Doctor Who companion is Jenna Louise-Coleman and her character name has not been given yet. She will join the current Doctor (Matt Smith) on adventures starting this Christmas, and will be the companion – or at least one of them – during the long-running show’s 50th anniversary celebrations.

Stay tuned for more news. Click on image below for a larger look. 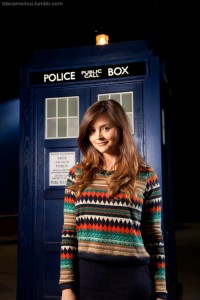 Related Link: TV Review: DOCTOR WHO – Series 6 – “The Doctor, The Widow and The Wardrobe”