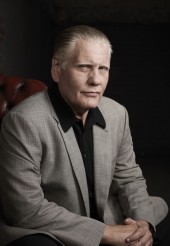 Exclusive Interview: William Forsythe on THE MOB DOCTOR and THE BRONX BULL 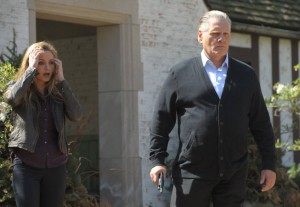 William Forsythe isn’t as common a name as, say, John Smith, but you wouldn’t want to confuse the actor with the Scottish director Bill Forsyth (LOCAL HERO). And it’s happened, says actor Forsythe. “We used to stay at the same hotel in New York, as well as the choreographer. There’s a choreographer named William, and there were times we all three were there at once and we’d get our calls mixed up.”

As an actor, the Brooklyn-born Forsythe is seldom confused with others. His tall build and piercing blue gaze have made him effective in many roles on both sides of the law and order divide. He’s present at this party to talk about his current role as mob boss Constantine Alexander on Fox’s THE MOB DOCTOR, Mondays at 9 PM (this interview was conducted before the cancellation of the series was announced, though Fox has said the show runners will have the opportunity to craft an ending); he was also on the HBO series as ‘20s-era gangster Manny Horvitz and played Al Capone in the 1993-94 TV series THE UNTOUCHABLES. He’s also very excited about having completed filming as real-life within-the-law tough guy Jake LaMotta in BRONX BULL, aka RAGING BULL 2.

In THE MOB DOCTOR, Forsythe’s Constantine has a complicated relationship, part father figure, part protagonist and part extortionist, with young surgeon Dr. Grace Devlin, played by Jordana Spiro. Grace would rather keep her hands clean, metaphorically speaking, but she owes favors to Constantine.

ASSIGNMENT X: Between the fact that MOB DOCTOR films in Chicago and that you’re again playing an in-command mobster, is this bringing back pleasant memories of THE UNTOUCHABLES?

WILLIAM FORSYTHE: I had such a great time working in Chicago back then and the material was so brilliant. And this really brings back certain memories of it, as well as reuniting me with a lot of the same people, a lot of the crew, believe it or not, a lot of the actors. Chicago has an amazing pool of actors from the theatre, there’s an underbelly of great actors that do a lot of theatre all over Chicago. Back when we did [UNTOUCHABLES], some of the greatest guest stars we had were local theatre actors and guys would show up and deliver the greatest performances. It’s one of the perks of working in Chicago. Already we’ve already used some of the people who worked on THE UNTOUCHABLES, so I’m very excited to be working on this.

AX: Were you looking to do a television series at the time this came along?

FORSYTHE: No. My agents and managers were, but no, after the last time, I decided if I was going to go on television [as a series regular], I wanted to at least play a part that I could get behind and really enjoy doing. When this came along, I knew it was. I felt the chemistry right away and then I looked into Jordana and I looked at some of her work and I realized, I just had a [good] feeling, so we went through with it.

AX: Do you know more than the audience knows about the plot twists before we see them on screen?

FORSYTHE: I’m playing by the rules. I’ve been doing BOARDWALK EMPIRE, and it is so secretive that now I’ve gotten into it, I’m like a secret agent in World War II [laughs], and so they’re not sharing everything, and I’m kind of enjoying it now, more than I did last year, which was the first time I had ever done that, where you don’t know what you’re doing. But [on MOB DOCTOR] we really don’t. They’re playing it a little beat at a time. There are things I’ve heard, there are possibilities and mysteries, but there’s been nothing confirmed.

AX: It seems like Constantine has a sort of paternal attitude towards Grace.

FORSYTHE: Absolutely. What we do know is that he’s known her since she was a little girl and that there’s a real connection.

AX: How bad a guy is Constantine?

FORSYTHE: That’s a very interesting question. From the perspective of being an actor, you play a character like this – what you want to do is create a real human being with all the sides – the bad and the good and whatever else is in there, because no person is one thing. If you do that, you have a chance to hook an audience. If you play a stereotype, I think you don’t. There’s a lot of good in him, and there’s a guardian angel in his soul, and yet at the same time, you know what he’s capable of. And I think that guy exists. He’s out there. I’ve met him and I’m playing him now.

FORSYTHE: Yeah, we wrapped [in July]. I met Jake four years ago, I really loved him, I realized there was so much of Jake that had not been told in that movie, but I asked him, I said, “Why, Jake? Why would you want to have [another] movie after this movie [RAGING BULL] had been made?” He said, “Because there’s more to me. There’s more to my story and I want people to know that.” And that was the great answer for me. I play him from age thirty-three to seventy-three, so I have to box, there are a lot of things [about LaMotta] incorporated into the film, and we have to do it on a very constrained budget and a very tight situation, but I have a great feeling about the movie.

AX: Who is your director?

FORSYTHE: Martin Guigui. He’s very cool, very interesting artist. I don’t know how they pulled it together. They approached me four years ago about it, and I thought it would never happen. Then they came to me and said, “It’s going, this is our budget, let’s go.” And we made it happen – against the better judgment of some people. There were people who didn’t … you know. But I think people were afraid for the wrong reasons. Once I met Jake, I didn’t worry about it. Because it wasn’t about Martin or Robert. I was there the very first show of RAGING BULL and saw it twenty-five times. I love RAGING BULL. I was twenty-five – it meant everything to me and it still is to me one of the greatest films that’s ever made, but this one is quite different.

AX: Juliet Landau is also in THE BRONX BULL …

FORSYTHE: Oh, I love her. I was so happy – I wanted Juliet to do it, and we lucked out and got her. It was really a cameo for Juliet, but she played this movie star – we don’t put a name on it, but someone who had been a very big movie star in the Forties and Fifties, and [she and LaMotta] meet and [Landau] was fabulous. I love working with her. I worked with her when she was so young the first time, when she was I think twenty-one. I did a movie called DIRECT HIT and she tried to kill me in the movie. It was great.

AX: Did you have to learn to box for THE BRONX BULL?

AX: Did Jake LaMotta advise you on the training at all?

FORSYTHE: No. Jake just turned ninety. Robert, he was a very fortunate man to have had that experience. What I did was, I had a friend of mine who’s a boxer and a good trainer, and what we did is, we went in and we got all of Jake’s fights that were left on film and we really did an intensive study into Jake and how to approach fighting the way he did for the reasons he did. All I know is this. Jake saw the interview that I gave about it, and Jake told the guys, “They got me.” And that meant more to me than anything. We have a chance.

AX: Anything else you’d like us to know about MOB DOCTOR right now?