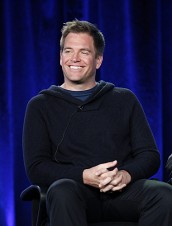 The actor chats about the hit CBS crime procedural 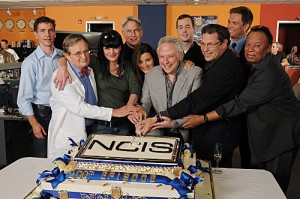 Today, everyone who watches television knows that NCIS is one of the CBS network’s big success story. A spinoff of JAG, which ran on CBS for ten seasons (1995-2005), NCIS premiered in 2003 and is now in its ninth season. Tonight, Tuesday at 8 PM, it celebrates the airing of its 200th episode, “Life Before His Eyes.”

NCIS – the initials stand for Naval Criminal Investigation Service – follows a squad of investigators and forensics experts headed up by Mark Harmon’s Special Agent Jethro Leroy Gibbs, who handle cases that fall under the jurisdiction of the Navy. Although there is a lot of murder and gunplay, NCIS is known for its humor, heart and enjoyable character interactions.

Along with Harmon, David McCallum, Pauley Perrette and Michael Weatherly have been with NCIS since the beginning. Weatherly’s character, Special Agent Anthony DiNozzo, was actually introduced on JAG before appearing in the premiere of NCIS and every episode since. DiNozzo is known for his smartass remarks – a trait which sometimes prompts Gibbs to smack him on the head – but he is also a loyal member of the team.

Weatherly has this last trait in common with his character. The New York-born, Connecticut-raised actor was a regular for four years on the soap LOVING, and then had an uneven run of luck in Hollywood, which he recounts as part of talking about his perspective on the longevity and popularity of his series.

ASSIGNMENT X: Congratulations on the big 200.

AX: When you started on NCIS, did you have any notion that it would go to two hundred episodes and beyond?

WEATHERLY: [laughs] That is one of those questions. It is one that I thought about when I was driving here. Because the truth is, nobody knows anything, right? One of the first pilots I did was an Aaron Spelling pilot [PIER 66]. I thought, “Aaron Spelling! That guy makes hit television!” That didn’t get picked up. Then I did a Chris Columbus [pilot], who had just done NINE MONTHS and HOME ALONE and was getting ready to do all of those HARRY POTTER [films]. Chris Columbus. Epic filmmaker. Patrick Dempsey was the lead guy in the show, so I did that pilot. I was like, “This is going to go!” That didn’t go.

Then I auditioned for a lot of stuff I didn’t get. And then I ended up on a show called SIGNIFICANT OTHERS, which was from the makers of PARTY OF FIVE. And then I thought, “This is definitely –” And then we got canceled after three episodes. Then they hired me to be Christina Applegate’s ex-husband on her show called JESSE, and I thought, “For sure, this will click.,” because Christina’s awesome and I love her. And I thought, “For sure, this will be …” And I was recurring and not brought back and they kept talking to my character on the phone, which meant that they’d rather talk to me on the phone than actually hire me be present. So by the time the year 2000 kicked around, I thought, “I’m not going to find anything.” And then James Cameron came around, with DARK ANGEL which I thought, “Here we go. This is epic. This is going to be the biggest show in the history of entertainment. This is the greatest filmmaker, the greatest …” 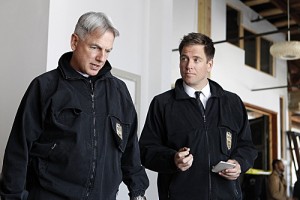 WEATHERLY: And then I did another thing called GIRLS CLUB, which was a David E. Kelley show, where I was a gynecologist for three female lawyers. Maybe that one didn’t sound so good on the outside, but that was Gretchen Mol, Kathleen Robertson and Chyler Leigh. And Chyler’s a hoot. And when that got canceled, and I booked NCIS after playing Robert Wagner in the Natalie Wood movie [THE MYSTERY OF NATALIE WOOD], I thought, “You know what? None of these things go, so it’s fun. I’m resigned to the idea …” It’s kind of like dating. You just have to say, “Okay. I’m a guy who has relationships that three weeks to two years. And then they go away.” And that was sort of like the acting job, was like short-term. And now I feel like I’m in a marriage [laughs].

AX: So DiNozzo’s dating philosophy is your old work philosophy?

AX: Do you have any favorite DiNozzo scenes or episodes?

WEATHERLY: Oh, yeah. I love “Requiem,” diving into the river to pull Gibbs and his daughter’s best friend out of the car. That was a great episode and a great moment. And I got to give Mark mouth to mouth resuscitation, which is the best and the worst moment. The best because we laughed harder than we ever laughed on our set – and the worst because I had to give him mouth to mouth resuscitation [laughs].

AX: NCIS is one of those shows that seems to be a hit not because it’s been hyped in either good ways or bad ways, but primarily just because so many viewers love it so much.

WEATHERLY: Yeah. I wouldn’t say it was a “wholesome” show, because there are some gruesome aspects and certainly we can be a little off-center and kinky and ironic. I think it’s an interesting program for something that’s considered “square.” We are so lucky that we have a group of people that come in and give a hundred and ten percent every day. And I don’t know. There’s part of me that thinks that must translate. But then again, sometimes we hear from people who have awful work experiences, and the product is very successful. That’s not what we do. We have a great work experience and our product is really successful.

AX: Not a lot of series make it to two hundred episodes …

WEATHERLY: I think that no one could have known – obviously, because no one has that crystal ball – when we walked onto the stage of Carnegie Hall in 2003 to introduce the show to the advertisers at the upfronts, Mark Harmon, Pauley Perrette, David McCallum and myself, there was this moment as we walked out where, I don’t know who took who’s hands first, but the four of us held hands, sort of organically. You can’t design that stuff. And we all got to the lip of the stage and looked at each other and had this moment of connectivity. I wouldn’t even say it was [because of what happens] in front of a camera. The glue of the show happened with Mark Harmon from that moment stepping forward and saying his words about, we are going to give you a show that’s the best show we can deliver, and that’s our promise to you. And I think the four of us felt there was something different and really special about Mark’s attitude, and it imbued us together with a sense of, we were bound together in that moment.