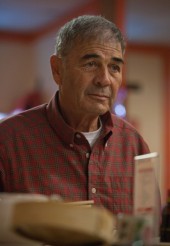 Another episode with an easy formula to follow, but that’s not necessarily a bad thing 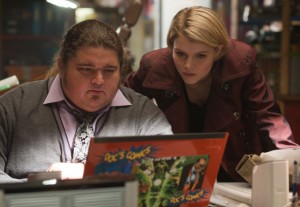 So it isn’t hard to figure out the pattern of storytelling on ALCATRAZ, although granted “Guy Hastings” in terms of the overall plot was a bit of a change as it was a prison guard returning rather than an inmate.

The pattern follows this general principal:

Through four episodes of the prison supernatural drama the series has done little to veer from this formula. Now, so far, this formula has been OK. Mostly, because we are being given at least some pieces to the overall puzzle and that’s enough to keep most viewers going for a while. Obviously, at some point we’ll need more but for now I’m cool with this formula as the show continues to be entertaining as those involved (and the viewers) try to figure out just the hell is going on.

“Guy Hastings” re-appeared in the modern era in order to track down Tommy Madsen, the grandfather of Rebecca Madsen that killed her partner in the “Pilot” and was revealed to be an inmate in Alcatraz rather than a guard that Rebecca had been told. In order to find Tommy, Guy kidnaps his old guard buddy Ray Archer (Robert Forster), who raised Rebecca after Tommy’s son (Rebecca’s father) died. Still with me? Yeah, it’s a bit complicated.

Guy, for his part, was sent to modern times by “them” to find Tommy (why we do not know) and reminds us about the blood being drawn by the inmates and the stuff they did to everyone in the infirmary.

An interesting thing is given away that is almost in passing that Tommy maybe was lost … that he had come forward in time but was not doing the bidding of whoever is doing this deed. If that is the case and if what younger Ray tells Tommy that he shouldn’t be in Alcatraz for whatever crime he committed, it could be that he might be a key to solving this mystery as he was somehow able to break the hold of whoever “they” are. This was also backed up by what Rebecca says to Hauser toward the end. The same might be said for Lucy (Parminder Nagra) who is also someone that has been working with Hauser and is the same age as she was in the 1960s.

One thing is clear, virtually every character in this show knows more than they are leading on: Ray, Hauser, Lucy. If and when we find out what they know is another story. Until then, expect more of the formula pattern in this series.