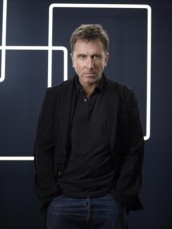 There's hope, but they won't make a final decision until spring

Although LIE TO ME, which stars Tim Roth, has been a solid performer by Fox, it’s fate is still on the bubble according to Fox Entertainment President Kevin Reilly.

“I like to believe there’s more upside to LIE TO ME,” he said while speaking at today’s Fox Winter TCA tour in Pasadena, CA. “It’s delivered a very loyal audience. When we stumbled with LONE STAR, it came in cold [into the Monday night timeslot].”

The big problem, according to Reilly, is the wealth of good material on the network and the lack of time slots moving into the fall.

“We have a lot of midseason shows,” he says. “We’ll have to get deeper into the spring and size everything up.”