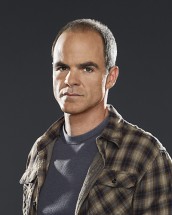 The actor discusses his new CBS series, plus working with Clint Eastwood and Zack Snyder

CRIMINAL MINDS, now in its sixth season, is the CBS procedural drama/thriller in which a team of FBI profilers pursue serial killers throughout the United States. Since the network has had great success spinning off other its other crime-solving shows, with three editions of CSI and two of NCIS currently on the air, it’s not surprising that they’ve brought forth CRIMINAL MINDS: SUSPECT BEHAVIOR which debuts tonight.

The difference between the two series is both in their settings (the original team are based in Washington, D.C. and the SUSPECT team are in San Francisco, though both shows are shot in Los Angeles) and in their characters. In CRIMINAL MINDS: SUSPECT BEHAVIOR, the profilers are led by Forest Whitaker’s Sam Cooper, whose experiences in Afghanistan have left him a changed man. Other team members are played by Janeane Garofalo, Matt Ryan and Beau Garrett, but arguably the most unusual member of the squad is Jonathan “Prophet” Simms, who has done prison time for murder.

Michael Kelly, the Philadelphia-born/Georgia-raised actor who plays Prophet, has portrayed lot of people with guns before: police detectives in the TV remake of KOJAK and in Clint Eastwood’s CHANGELING, a soldier in HBO’s acclaimed miniseries GENERATION KILL and an FBI agent in an arc on THE SOPRANOS. Kelly talks about what makes Prophet different, along with some other roles that have left their mark on him. 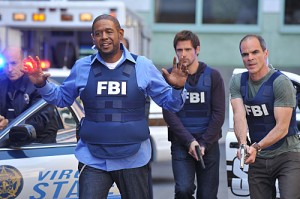 ASSIGNMENT X: In CRIMINAL MINDS: SUSPECT BEHAVIOR, your character Prophet has a past that, in what we’ve seen so far, seems to make everybody except Forest Whitaker’s character Sam Cooper a little bit nervous about him …

MICHAEL KELLY: Yeah. My character did do six years in prison, but he killed a child molester and it was someone that I knew, and it was [in] the organization that I was working for at the time. Basically, my character tells this guy to leave town, he doesn’t leave town and he has a gun and he draws a gun, and I knew he was going to draw a gun, and I shoot and kill him. I put the gun down and I turn myself in. It’s later, when I go to prison, that I find God and become a minister in prison and really start doing some great things and then get information for Cooper and he goes to the warden and tells the warden about this guy who’s about to murder, he did more than one murder, and that’s when I meet Sam, and Sam and I have spiritual talks in prison and he brings me out. The team, a few episodes in, is very comfortable with me. I don’t think that anyone’s really that apprehensive about working with me any more. They know that I might have a little bit of a hot streak in me, but as Sam says in one of the episodes, “He’s not going rogue.”

AX: Your character is nicknamed “Prophet.” Does he just interpret facts in a very perceptive way, or does he actually have any gift of foresight?

KELLY: No, I don’t think that it’s actual foresight. I think having lived and slept with the criminals for six years, it gives you a certain insight. Just from the research that I’ve done on prisoners, the guy’s looking at someone across the room and he knows what [the man across the room] is going to do – you know what the criminal is going to do. And I think that he just brings that attribute to [his work] and just hearing the million stories that he heard in prison, about a million different ways guys do a million different things.

AX: Now, doing a show about profilers, are you finding yourself now profiling either the people in your life or characters you’ve played?

KELLY: [laughs] It’s funny – I guess everybody brings their work home with them all the time, and I do. When the publicist [Ronnie Chasen] was killed in Beverly Hills, the next day we were all in the trailer and we were all talking about how awful it was and everything, but we also were all like, “Well, I think this. I mean, you think about it – she stopped at a light there. You would have had to come in and …” You find yourself asking, “And why? What was the motive?” You find yourself looking at high-profile crimes and trying to figure them out.

KELLY: I don’t know. I think that, first and foremost, I always look at if it’s a project that draws me in, or the pedigree on a project, and a director or what have you, and after that, then I get into the character and I guess just characters I can really identify with. And I think I’ve kind of tried to make a mix – I think I’ve just become more known for the roles that are [law enforcement/military – laughs].

AX: Well, in the DAWN OF THE DEAD remake, you’re playing a security guard with a gun – he thinks he’s law enforcement, but isn’t.

KELLY: [laughs] Exactly. That was one of the best times I’ve ever had on a film set. It was such a great character to get to play, and to work with [director] Zack Snyder was just absolutely thrilling. That was his first movie, and he exploded after that. That was really unique and hopefully I’m going to get to work with Zack again soon. We’ve talked about doing it and crossed paths a few times, but hopefully I’m going to do his next one.

AX: Does this dojo set play an important part in the series?

KELLY: I think it has an atmosphere that carries through our work. This is [both the actors’ and the characters’] training ground, this is where we come to learn new stuff, this is where we come to train one another for different things, and it’s just the way Forest says in one of the episodes, it’s a way for us to blow off steam and just kind of get aggressions out. Like Janeane was asked, do you carry stuff home with you? Sometimes you can just let it all explode in here after work. 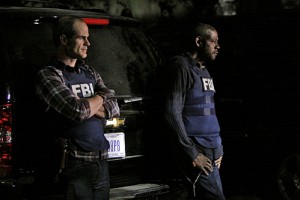 AX: It’s also very grungy, like the characters just show up and do what they come here to do, but none of them ever think, “You know, maybe if we sanded down the walls or gave it a new coat of paint …”

KELLY: [laughs] I just think you see us as a team that works around the clock and we really do. I don’t think the appearance of [the dojo] crossed any one of our minds. I think it’s just, when you get here, you work.

AX: And are you finding that you and/or Prophet have a particular familial role within the ensemble?

KELLY: I guess you’d call him the uncle. [laughs] No. Both Matt and Beau are younger than me and I think in my regular everyday life, I try to tell them whatever life experience I’ve had that might help them in their lives, when they come to me and they’re like, “What about this?” I try to help and give advice. My character is a very giving person, so I don’t know that I have an actual familial role, but big brother I guess you could call him.

AX: You’ve done some really high-profile films. You co-starred in CHANGELING for director Clint Eastwood. How was working with him?

KELLY: Oh, man. I can honestly say that was the greatest experience of my life. Clint is the most amazing director and has assembled the greatest team ever. When they say “a well-oiled machine,” that is the ultimate definition. That was someone I’d idolized my whole life. I looked up to him as an actor, and then a director later in life and when I got that call that I got to do that movie, I was just blown away.

AX: Do you like the faster pace of series television because you get to do a lot of change-ups and more material, or do you like being able to take the extra time that feature films usually afford?

KELLY: I certainly personally enjoy getting a film, having a script for a month or two before [shooting] and really working that script and figuring everything out. I was really, truly thrown into this, and I wasn’t used to it. I’d been doing film for quite awhile and I wasn’t used to, “Ten pages tomorrow?” [laughs] and trying to prepare for that, not just memorizing, but trying to prepare what my character would do in this situation. That’s been the biggest challenge for me. So I certainly enjoy the luxury of time on a film. But I really, really love this. You know, you hear people saying these things, I think you hear it a lot, but I can honestly say that this is like family. We are all really good family. It’s just amazing – people comment all the time, “God, I can’t believe you guys really get along like that.”

AX: Did you have to do any research or physical training for this part?

KELLY: You know, I definitely did some research definitely on the FBI, but like you said, I had played that type of role before, so I sort of already had a base knowledge with guns, obviously, and handling of weapons and that sort of thing. For me, the real research on this was the religious aspect and creating this character who finds religion in prison. That’s been the hardest and most challenging thing for me.

AX: Do you find that Prophet talks about religion in a different way than he talks about, “Let’s investigate this bloodstain on the floor”?

KELLY: Oh, yeah, definitely. For me, sometimes the crime is just the crime and then we talk about the crime as a crime, but we’re trying to figure out the killer and his mind. For me, that religion is more heart and the other is more brain, if that makes sense.

KELLY: I have a great movie coming out, ADJUSTMENT BUREAU, which is going to premiere early March. It’s Matt Damon, Emily Blunt – George Nolfi directed it. It’s a really cool story. It’s a thriller, it’s got a political story and a love story. I saw an early version of it and it’s really amazing, really good.