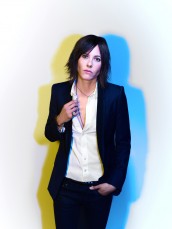 The actresses discuss the return to the L WORD world 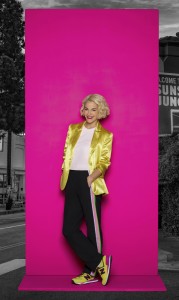 Hailey was born in Okinawa, Japan. She has produced two documentaries. Her other acting roles include gigs on SUPERNATURAL, BOSCH and SILICON VALLEY. Moennig, originally from Pennsylvania, has also been a series regular on all seven seasons of Showtime’s still-running crime drama RAY DONOVAN. She has a recurring role on GROWN-ISH, and was in the features EVERYBODY’S FINE, THE LINCOLN LAWYER and ART SCHOOL CONFIDENTIAL. Both women are executive producers on THE L WORD: GENERATION Q.

ASSIGNMENT X: Did this feel like the right time to revisit the world and characters of THE L WORD?

KATHERINE MOENNIG: We were trying since 2012, and although we desperately wanted it for selfish purposes, I think in our heart of hearts, we knew maybe now isn’t the time, and it came at the right moment, and here we are. So it was meant to be.

AX: A lot of people said they learned a great deal from the first series. 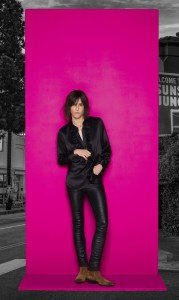 AX: With the returning characters – your Alice and Shane, and Jennifer Beals’s Bette – there was a lot of tension amongst them for a lot of these seasons. There was fun, and then there were fights. How are they now that they’re a little older and a little wiser?

HAILEY: This show, I think, at its core, is a soap opera. That’s what I love about it personally, and we’ll always have problems. But –

MOENNIG: But I think the joy that people have in this show is seeing the friendship. We can all have our struggles, Shane in particular, but what lightens it all is sitting around with your friends and talking about –

MOENNIG: Shooting the sh*t, talking about mundane things, and that’s always been our strong suit. I think the moment we lose that, we have a problem. So the idea is to always keep that going forward. We all do [want to see the characters having fun].

HAILEY: I think this time around, it has a big responsibility right now, that it has to introduce a whole bunch of new characters, you have to tell people where we’ve been for ten years. We spend a lot of time doing that before we probably sit down and laugh.

AX: Is the Planet Café still part of the story?

HAILEY: The Planet is not around.

MOENNIG: Much like L.A., things that existed ten years ago no longer exist, the Planet being one of them. 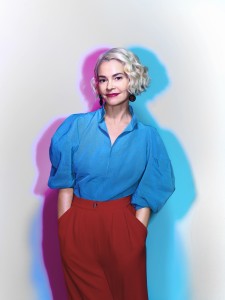 AX: You’re talking about the cafe establishment, and not what we’re standing on, right?

HAILEY: Yeah, there you go.

AX: Are you still on RAY DONOVAN?

MOENNIG: I did a little time with RAY DONOVAN. My focus is now here, but …

MOENNIG: No. I did some time on RAY this season.

AX: Shane has been kind of a troubled person. Is she even more troubled now with what’s happened to her in the last ten years, or is she any less troubled?

MOENNIG: I think she has the same demons that she always had. I don’t think demons can fully go away, but I think she’s trying to manage them differently. Will she be successful? Probably not. We’ll see.

[Moennig moves away briefly to talk to someone else.]

AX: Where is Alice’s emotional center after ten years?

HAILEY: Well, you know Alice, she’s open to anything [laughs].

AX: So she’s pretty much the same?

HAILEY: Oh, yeah. To the core. 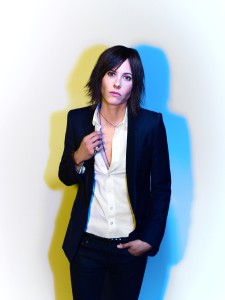 AX: And what would you most like about THE L WORD: GENERATION Q?

HAILEY: Oh. I think it has a lot of new, fresh, fun energy, and I think that people are going to be interested in hearing how the new generation speaks.

AX: And what would you most like people to know about the show?

MOENNIG: [to Hailey] What did you say?

MOENNIG:  Come on, you know exactly what you said. You said it thirty seconds ago. What did you say?

HAILEY: I just think it will be interesting for people to see what’s going on with younger gay and lesbian and trans [people].

MOENNIG: True. I think to come in with an open mind, and you will be happily surprised. I think that’s the message I’d like to send out.