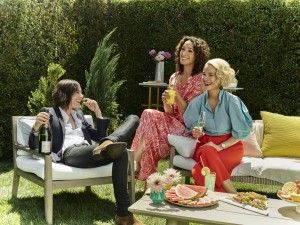 Showtime’s new THE L WORD: GENERATION Q is a follow-up to its highly successful THE L WORD, which ran for 2004-2009. Ilene Chaiken, who co-created the original THE L WORD with Michele Abbott and Kathy Greenberg is back with THE L WORD: GENERATION Q as one of the comedy/drama’s co-creators and executive producers. Her fellow EPs include three of the original leads, Jennifer Beals, Leisha Hailey, and Katherine Moennig, who all return as their original THE L WORD characters, a trio of lesbian friends working hard to succeed in Los Angeles.

Chaiken’s other credits as a writer and/or producer include EMPIRE, STUMPTOWN, THE HANDMAID’S TALE, BLACK BOX, and the TV movie WESTSIDE.

ASSIGNMENT X: Marja-Lewis Ryan is the co-creator and show runner of THE L WORD: GENERATION Q. Is the reason you’re not running this show is because you have commitments at Fox, or did you feel like you should have someone who is a little bit more of the younger Generation Q as the show runner here?

ILENE CHAIKEN: I do have commitments at Fox. I’m in an exclusive deal at Twentieth, but regardless, my concept in bringing back the show was that someone new should tell these stories, and should tell the stories of things going on in the world now that I’m possibly not as conversant with.

AX: Does coming back to the world of THE L WORD after a decade away feel for you like putting on an old pair of producing shoes?

CHAIKEN: In some ways. It’s new and old, both at the same time, but mostly it’s just really exciting.

AX: Were there things that Marja-Lewis Ryan proposed that surprised you or excited you? Can you talk about any things that you felt, “Oh, I wouldn’t have thought of that”?

CHAIKEN: I can’t talk about what those things are. But yes, it was exciting to me to see and hear the things that Marja was doing, and where she was going with some characters that I created, but also, who the new characters are that she’s bringing into this world, and the way that she’s telling their stories, and in some cases, stories I don’t know in the way that she knows them. 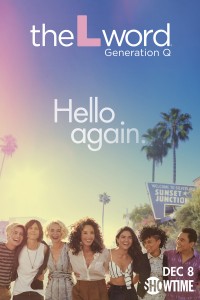 AX: Is the show dealing with the world as it is for LGBTQ people at the moment? On the one hand, certainly, awareness of LGBTQ in the world has expanded vastly, and yet at the same time, there’s more repression of everybody.

CHAIKEN: Yes. And it’s not that it ever went away, but certainly, it’s boomeranged back since 2016. And yes, it brings an added urgency to bringing back this show, and telling all of the stories.

AX: Is there any kind of THE GOOD FIGHT-style misery about the current state of politics?

CHAIKEN: I think people are living in this world. I don’t know how much the new show talks explicitly about politics, although as you may have noticed, Bette [Beals’s character] is involved in politics. So we do talk about those things, but we don’t name names, at least not so far. I don’t think names are being named. But these stories have always been very personal to LGBTQ people. So we take them personally, and we take them on personally.

AX: Do you feel any kind of sense of parental pride when you see other shows that focus on LGBTQ women, like VIDA?

CHAIKEN: Yes. Well, I don’t take credit. I think that we would have gotten there regardless. I feel uplifted by those shows, I feel excited by them, and like I said, I think that these stories need to be told, and always did, and I have no doubt that they would have found their way here.

AX: But maybe THE L WORD helped them happen a little faster?

CHAIKEN: That would be a lovely thing if it were true, and sure, I’ll take it.

AX: The original THE L WORD was set in West Hollywood. THE L WORD: GENERATION Q is largely set in Silverlake. Is one of the reasons it moved because you are shooting in Los Angeles is that maybe it’s just easier to shoot in Silverlake? The other thing is that West Hollywood is still Boys’ Town, gay-friendly, but mainly gay male-friendly?

CHAIKEN: That’s true. It’s all Marja, but as a researcher, I would have understood that choice in that way. Marja is simply telling the story and setting it in the place that means community to her, but of course, we want to go where this world lives. 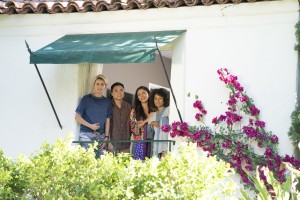 AX: Are you still involved in EMPIRE at all at this point?

CHAIKEN: I’m an executive producer on EMPIRE, but I’m not involved in the running of the show.

CHAIKEN: I have other projects very much in the works. I’m not ready to talk about them right now, but hopefully we’ll be talking about them soon.

AX: And what would you most like people to know right now about THE L WORD: GENERATION Q?

CHAIKEN: That it is all that. It’s everything the original show was and more, and I’m just excited to bring everybody back and welcome new fans and future fans.

This interview was conducted during Showtime’s portion of the Summer 2019 Television Critics Association (TCA) press tour.