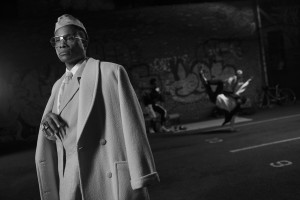 In its second season (it’s already been renewed for a third), FX’s Networks’ POSE, on Tuesday nights, moves into the ‘90s. We are still in the New York ballroom scene, where gay and trans people, mostly of color, gather in found family groupings and compete at balls. AIDS activism is now on many people’s minds; two main characters, House of Evangelista mother Blanca (Mj Rodriguez) and ball emcee Pray Tell (Billy Porter), have been diagnosed with HIV. Additionally, the mainstream is starting to co-opt ballroom style and culture without attribution, which makes for a lot of mixed emotions.

Executive producer Steven Canals, who co-created POSE with Ryan Murphy and Brad Falchuk, and director/writer/co-executive producer/author/transgender activist Janet Mock are hanging out together at a party thrown by FX Networks for the Television Critics Association press tour. Together, they talk about POSE Season 2.

ASSIGNMENT X: What are your hopes for what POSE will cover this year?

STEVEN CANALS: I would love for us to lean into activism and Act Up [the AIDS activism organization], and what was happening with [playwright/activist] Larry Kramer.

JANET MOCK: For me, I think it’s just going deeper into the characters’ stories. I think that we have such a big ensemble that I think that we have so many spaces to go to explore Candy’s [played by Angelica Ross] story more, and Lulu’s [played by Hailie Sahar] story more, and what happens with some of their families. I think again, it’s about expanding our world and making it bigger, so that we have more, deeper, and richer stories to tell. I’m really excited about the time jump that we’re doing between seasons. I think that really allows us to explore the idea of this previously subculture becoming mainstream, and how does that affect this thing that was once not really seen and heard, and now being seen and heard on such a huge platform and space.

AX: Is there going to be any discussion of the division of time between motherhood, ballroom, activism, time for oneself to figure out who one is? I mean, there is a bit of that in Season 1, are you going to go deeper into that in Season 2, especially in terms of Blanca?

CANALS: Absolutely. She is still a mother, and now she has this home that has an abundance, no pun intended [former House of Abundance mother Elektra, played by Dominique Jackson, has joined Blanca’s house], of children, if you will. So yeah, we absolutely will have to dig into what does it mean to be a mom further, what does it mean for her to be a mom with all these kids, and obviously we’ll start leaning further into her diagnosis, and as an HIV-positive woman, how does that impact and influence her mothering. 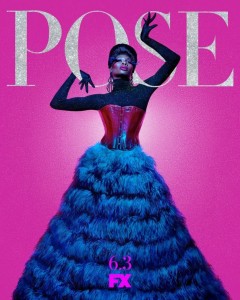 AX: Is Lil Papi, the young hustler played by Angel Bismarck Curiel, meant to be just cheerfully bisexual and accepting of everything?

CANALS: Sure. I mean, we’ve never really sort of planted our flag in what Papi’s identity is. We talk about it a little bit in [Season 1] Episode 4, “The Fever.” But we never explicitly name it. So that’s still a story that’s left to be told. I think that Lil Papi, like all of the characters on the show, is surviving. We learn in [Season 1] Episode 7 that his mom has passed away, he dropped out of school, he was selling drugs to survive, and so I think he, like all of our characters, is just living on the streets, trying to find a way to survive. And what he talks about in Episode 4 was just one of those survival methods.

AX: In Season 1 of POSE, we see a lot of racism and transphobia within the gay community. Does that spill into the activist community as well, or did people become any more aware/inclusive once they were involved in the cause?

MOCK: If you think about HIV/AIDS activism back then, it largely wasn’t really addressing people of color, as well as trans folk. And even to this day, I think that it’s one of the reasons why communities of color have often been left behind when it comes to that kind of work, and why they continue to be some of the most vulnerable populations. Trans women, specifically trans women of color, are among the highest populations who often are HIV-infected, or at least vulnerable to that. And so I think it’s something that, if we were to go deeper into that, that sense of activism, that would be one of those things that we would explore, because largely, our cast is a cast of color as well.

AX: ACT UP was largely founded by white gay men like Larry Kramer. So I was wondering how the early AIDS movement did deal with issues of race and transgender back in the day.

CANALS: Yeah. I think it’s everything Janet said. We were excluded. Trans people and people of color weren’t part of that conversation. But we’re not looking at it just from the perspective of queer and trans people. We’re also looking at it through the framework and the lens of ballroom community, right? And so as a community, they were also a subset and a subculture within the queer and trans communities.