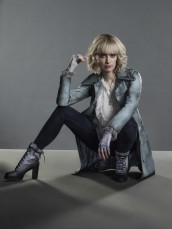 The actress talks her return to the DC-verse 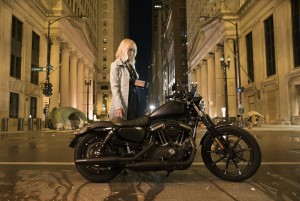 In The CW’s new Sunday-night series BATWOMAN, Ruby Rose plays the title character, aka Kate Kane. Caroline Dries adapted the series, based on the DC Comics, in which Kate takes on the vigilante savior mantle after she finds that Batman has seemingly abandoned Gotham City, now under siege by the dreaded Wonderland Gang.

Every superhero needs an arch-nemesis, and BATWOMAN has a doozy – Wonderland Gang leader Alice, played by Rachel Skarsten. Alice, who is mercurial to put it mildly, patterns herself and her followers after the writings of Lewis Carroll. She’s also Kate’s long-presumed-dead sister, so there are major family issues here as well.

Like her BATWOMAN character, Skarsten is making a return to Gotham City. The Toronto-born actress had previously starred as Dinah Lance in the 2002 WB DC Comics-based series BIRDS OF PREY. Skarsten has also had major roles in the series LITTLE MEN, LOST GIRL, FLASHPOINT, and The CW’s REIGN (as Queen Elizabeth I).

At a Q&A panel for BATWOMAN, Skarsten and her colleagues answer questions about the show. Afterwards, she makes time for some follow-up queries.

Having done BIRDS OF PREY, how does Skarsten find returning to the DC-verse and to Gotham City as a new character?

“It’s an incredible homecoming for me back to Warner Brothers and DC,” Skarsten replies, “and, I guess, an incarnation of the old WB. One of the things I say about this network [The CW] all the time is that they foster such a wonderful idea of family within the network. And so it was really, really lovely to come back. And then, of course, anyone I’ve talked to knows I’m a huge BATMAN fan, always have been – Adam West BATMAN. And so to come back to this world, but in a completely different character, has been a real trip.”

As to Alice, “First and foremost, let me just say it is so much fun to play a character that you can really make a meal out of it, and all of the writers give me such wonderful, brilliant, crazy, off-the-wall things to say. One minute, she’s making perfect sense, and then she’s quoting ALICE IN WONDERLAND, and then she’s throwing someone off a building. And so that’s been so much fun to do. But I think the best crazy is one that is also grounded in a really solid reality. I think it makes the crazy part even more crazy, when you have someone that you’re talking to, and they’re so incredibly normal, and then, boom, they switch on a dime. So I’m trying to do that with Alice. But at the same time, sometimes it’s just really fun to go totally bonkers.” 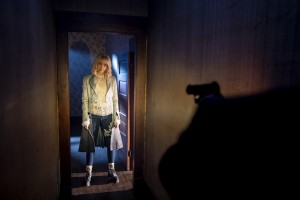 ASSIGNMENT X: You’ve played an actual Norse-mythology Valkyrie in LOST GIRL, and Black Canary in BIRDS OF PREY. Does Alice have any actual powers, besides being extremely smart and extremely crazy?

RACHEL SKARSTEN: She has no superhuman powers, unlike when I played a Valkyrie, of course, but she is a formidable power, for sure, so she’s an incredible fighter – she uses knives, she has amazing martial arts skills that far exceeds my own [laughs].

AX: Did you have to learn how to do anything in order to play Alice?

SKARSTEN: Yes. I had to learn how to use butterfly knives, and I’ve almost mastered them [laughs]. That was actually really fun. And I also had to do boxing with Ruby, which was terrible, because she’s a legit boxer, and I am not. 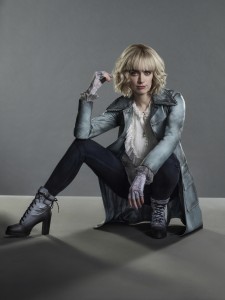 AX: And what would you most like people to know about BATWOMAN?

SKARSTEN: What would I most like people to know? That’s such a difficult question, but I think I most want them to just watch it and see what they love about it.