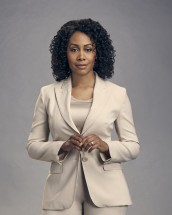 ALL RISE: Simone Missick is the Judge on new CBS series – Interview

The actress talks playing Her Honor 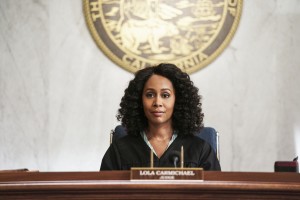 In the new CBS Monday-night comedy/drama ALL RISE, created by Greg Spottiswood, Simone Missick stars as Judge Lola Carmichael. Lola, a former prosecutor, has just been appointed to the bench in Los Angeles. Lola tries to balance her conscience with the letter of the law, along with juggling friendships with former peers who now present their cases in her courtroom.

ASSIGNMENT X: Do you think having a character like Lola Carmichael at the center of a network drama like ALL RISE represents a change in the larger culture?

SIMONE MISSICK: It is. I think that what we’re seeing now is, even just politically, women are stepping up to the forefront, in our local government, in our judges, in our Congress, our Senate, we’re seeing this wave of women recognizing that we are fifty-one percent of the population, but we are not when it comes to our representation [on TV]. So I think that it is going to be a beautiful thing for people to see their political and judicial representatives on screen in a different way than we’ve seen before. And it doesn’t all have to be old men.

AX: So do you feel that strong female lead roles are becoming a little more prevalent now?

MISSICK: Well, yes. And what I love is that they are in all different forms. It’s not just strong female leads in comedies, or dramas, or legal dramas. It’s action, it’s sci-fi, it’s the gamut. And I think that this is the first time that you’ve seen this, you’ve seen a black female lead in a legal drama, at least on CBS. Because we’ve seen it on the Shonda Rhimes train and we’ve been able to know that, yes, people do like to see these stories told, and so it’s exciting to be in the forefront of that for this network.

AX: Was Lola Carmichael written specifically to be African-American before you were cast?

MISSICK: I do not know. I think that’s a Greg Spottiswood question, because when I read it, I believe, it said that she was African-American. I know that when he and I were talking, he said this was originally based on a book that came from the perspective of an older white man. And it wasn’t that that story wasn’t valid, he just thought, what would be an interesting story to tell? Not someone who’s been on the bench, who’s been jaded, who’s been around for a really long time, but someone who’s new, and a woman, and of color. What would that do? So I think Lola was written [as a black woman].

AX: Does playing Lola influence the way you think of judges and the whole legal system?

MISSICK: One hundred percent. I did a lot of research in getting ready for this role, and I was able to listen to this amazing podcast called SERIAL. And you hear these stories, you read these stories, and yet you don’t really recognize the pull that comes from all angles. All of these people who are involved in this go home with something on themselves. So even just me as the actor, hearing about these things, I’m moved by it. So this role makes me much more aware, every time we dip out on jury duty because we have to go to work [laughs]. You’re like, “Oh, my God, I might have been a person to make a difference in someone’s life. How much am I not taking my citizenship and my personal responsibility to the highest level?” So I’ll definitely answer the call next time. I will never dip on jury duty again. I did before, because I was a poor waitress, and I couldn’t take the days off. Sometimes it’s hard. 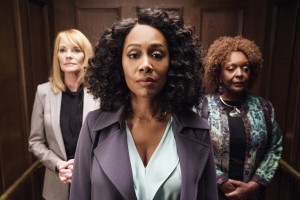 AX: A lot of times people of color get screwed over by our judicial system.

AX: Does ALL RISE deal with that at all?

MISSICK: One hundred percent. In the pilot the first case that we see is a young woman of color, who is not from a wealthy family, not even from a middle-class family, from a working-class family, who is being prompted to plead out to something that, from the outside, it looks like she did not do. And even though this is an assembly line, that we have to get through case and case and case [in order for the system to run in a timely manner], Lola says, “No. We’re stopping this train, because this one person is important. Their life is important, and I cannot take that for granted.” So this show definitely deals with the economic and the racial disparity within our justice system, and tackles it head-on.

AX: Lola is told early on to avoid tangling with the LAPD on a case, but she goes ahead and confronts them. Is this going to be a continuing issue for her?

MISSICK: That’s a common thing with Lola, a common theme as well. You tell her, “No,” she’s going to say, “I think so.” And I think, having been a deputy district attorney, she knows what the right side of the law is. And at this point, it doesn’t matter whether it’s political for her, it’s about the human being that’s right there. 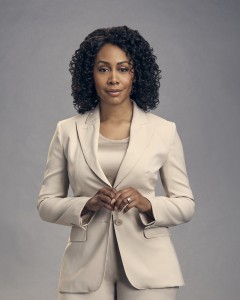 AX: Are the ALL RISE trials always bench trials, or always jury trials, or is it a mix of the two?

MISSICK: Oh, it mixes. It mixes up every time.

AX: And what would you most like people to know about ALL RISE?

MISSICK: I would love for people to know that ALL RISE has heart, it’s funny, it’s human, and it is a really fun show to watch.