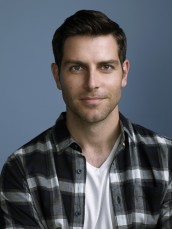 A MILLION LITTLE THINGS: David Giuntoli on Season 1 of his new ABC series and the end of GRIMM – Interview

The actor chats about his new drama 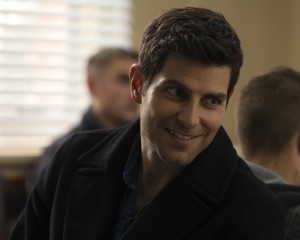 In ABC’s new Wednesday-night drama A MILLION LITTLE THINGS, three Boston-area friends from college forced to reevaluate everything in their lives following the suicide of an apparently successful and happy fourth friend Jonathan (Ron Livington).

David Giuntoli plays one of the group, Eddie Saville, a recovering alcoholic who has sublimated his musical ambitions for the sake of family stability with business executive wife Katherine (Grace Park) and their adored young son Theo (Tristan Byon). As Eddie has been carrying on a passionate clandestine affair with Jonathan’s wife Delilah (Stephanie Szostak), he is understandably guilt-stricken, but can’t discuss it with comrades Rome (Romany Malco), who is suffering from depression himself, and Gary (James Roday), who is in remission from cancer.

Born in Wisconsin and raised in Missouri, Giuntoli is probably best known to TV viewers for his six seasons starring as monster-fighting Nick Burkhardt in GRIMM. After playing such a staunch, sober hero for so long, Giuntoli says that Eddie Saville is a welcome change of pace.

ASSIGNMENT X: How does it feel to go from playing the alpha male in GRIMM to playing somebody who is …

GIUNTOLI: Yeah. He’s open, he’s sensitive, he’s all this stuff. It is such a joy to be able to get to play that whole other thing. It’s a lot looser style of television show. GRIMM was genre. [A MILLION LITTLE THINGS] is not genre. So it’s looser. Even the framing is looser. You can express yourself and [gestures, indicating a range of movement not confined by green screen]. Eddie stands differently from Nick Burkhardt. Nick, who’s always kind of up here [stiffens his posture]. Eddie’s kind of loose and … I mean, Nick Burkhardt – it was called GRIMM. I was serious all of the time. Eddie, the character I play on A MILLION LITTLE THINGS, is a little dumber than the rest of the guys. He is really enthusiastic about certain things. In the group, even though he’s not the youngest, he’s like the youth. He just wants that fun, he’s so excited about waffles and breakfast and music and birthdays. He’s kind of easygoing, easy-breezy, and yeah, he got himself into quite a pickle, didn’t he? 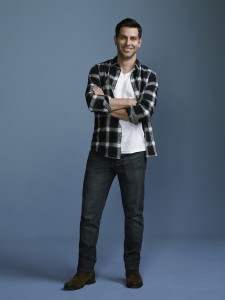 AX: When we see him in certain situations, he doesn’t seem all that easygoing …

GIUNTOLI: Oh, he’s not happy. He’s not happy. When you get sober [after being alcoholic], in a relationship, the whole thing shifts. [As Eddie] I was a musician, I was on a path to kind of becoming a rock star, and I ruined that with my drinking. Guess what’s not sexy? Ruining that with drinking. And now our [marital] relationship is a certain thing. When you’re sober, you just don’t know how to be. So I never voice anything, I don’t get angry. I seek it out in different ways.

AX: After being known for GRIMM, did you have to convince anybody involved on A MILLION LITTLE THINGS that you could actually play a looser person?

GIUNTOLI: Yeah. I think we had to initially convince [series creator] DJ Nash, because he never saw anything else I did. So there was a film that I shot in Portland, Oregon, called BUDDYMOON – I was kind of looser, and we showed it to him, and then I got the part. I was just offered the part on [the basis of] that. It was crazy. So thank you, Portland film community, again.

AX: On GRIMM, Nick faced literal demons. What would you say Eddie’s demons are on A MILLION LITTLE THINGS?

GIUNTOLI: Alcohol. He’s sober right now – he’s sober as of now. He – my God, clearly infidelity. A lot of the Ten Commandments, he’s breaking. Infidelity, guilt. I mean, there you go. He is in a tough spot this season for the first several episodes.

AX: When we see Eddie playing the guitar, was that actually you singing and playing?

GIUNTOLI: Yeah, it was. I was playing and I was singing. So, crazy. [In real life], I was a guitar guy in college, and then I put it away once I realized it wasn’t going to start me out with the ladies. And I got this part, and I’m like, he plays music, and I got the part early in the process, early February, so I had about a month-and-a-half to endlessly play, and I kind of got better than I ever was.

AX: Where is A MILLION LITTLE THINGS set, and where is it shot?

GIUNTOLI: Yes. It’s set in Boston. We do not shoot it in Boston, we shoot it in Vancouver. The Vancouver Canucks fans hate that we film and put up [Boston] Bruins [hockey team] stuff everywhere. [laughs] Hockey’s a big part of this. Three dudes were on the ice the other day – me, James, and Romany – and we’re playing hockey.

AX: How is working with Grace Park, who plays Eddie’s wife Katherine? She was in BATTLESTAR: GALACTICA – have you had any conversations about your shared genre pasts?

GIUNTOLI: Grace is fantastic.  Like one day a week it’s a tough [shooting] day, but it’s nothing [compared to the night hours on GRIMM]. That’s why I laugh with Grace about genre. A lot of us come from very difficult filming shows, the schedules so, yeah.

AX: How is playing a father of a young child?

GIUNTOLI: Oh, my God. We have three child actors on the show. One is fifteen years old, named Lizzy Greene [who plays Sophie Dixon], she came from a Nickelodeon show; a kid named Chance [Hurstfield, who plays Danny Dixon]. A kid named Tristan is my kid Theo. They are so good. And my kid, Tristan, Disney should just trademark him. He’s the cutest thing in the world. Those scenes are so winning, because he’s just crushing it, every time. 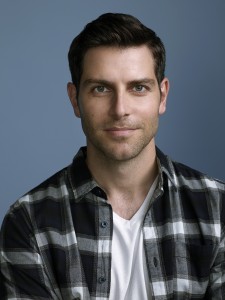 AX: Were you happy with the way GRIMM wrapped up?

GIUNTOLI: I was very happy with the way GRIMM wrapped up. The only problem was, it wrapped up. They’re all my family, they’re still my best friends, I married one of them [Bitsie Tulloch, who played Juliette/Eve], for God’s sake – I always say, she’s my second favorite souvenir, other than Nick’s land cruiser.

AX: Do you ever get back to Portland, where GRIMM was shot?

GIUNTOLI: I was in Portland on my way to Vancouver, and I picked up Nick’s old Land Cruiser. And I now drive Nick’s Land Cruiser in Vancouver, Canada. I think it freaks a couple of people out. I miss Portland so much. Bitsie and I try to get up as much as possible. I think Bree [Turner, who played Rosalee] is there right now. We’re all trying to plan a cast vacation up there. But being on an island, really, really far away, has its own thing. And now Bitsie gets to live where her family lives, in Vancouver.

GIUNTOLI: I’m writing stuff, but that would all be for directing purposes. Nothing where my face would be on the camera.

AX: And what would you most like people to know about A MILLION LITTLE THINGS?

GIUNTOLI: It’s got so much heart. You’re going to cry and feel good about yourself every episode.