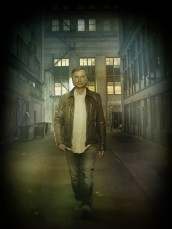 ONCE UPON A TIME: Co-Creator Edward Kitsis on Season 7 reinvention- Exclusive Interview

The showrunner talks about the refreshed fairy tale ABC series 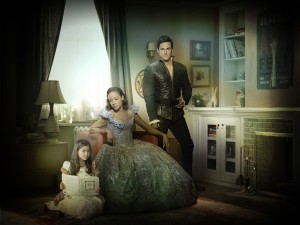 Alison Fernandez, Dania Ramirez and Andrew J. West in ONCE UPON A TIME – Season 7 | ©2017 ABC/Craig Sjodin

ABC’s ONCE UPON A TIME, now on Friday nights in its seventh season, has gone through quite a transformation this year. Then again, it’s gone through quite a few major reinventions since it premiered. Created by Edward Kitsis & Adam Horowitz, ONCE UPON A TIME began with the premise that many characters from the Enchanted Forest – including the Evil Queen Regina (Lana Parrilla), Snow White (Ginnifer Goodwin), Prince Charming (Josh Dallas), Rumplestiltskin (Robert Carlyle) and more – had been deposited by a curse in the small town of Storybrooke, Maine, most of them with no memory of their true identities. Young Henry Mills (Jared S. Gilmore), Regina’s adopted son, knew the truth and sought out his birth mother, Emma Swan (Jennifer Morrison), convinced that she could break the curse.

Instead of keeping this up for multiple seasons, the curse was broken at the end of Season 1, and Storybrooke and its denizens went through all sorts of changes. By the end of Season 6, Regina had gone from villain to hero, Rumplestiltskin had changed for the better for love (though he’s still the Dark One) and Emma had found her own happy ending with Killian Jones, aka Captain Hook (Colin O’Donoghue).

Season 7 starts with a brand-new curse, with Regina, Rumplestiltskin, Captain Hook and the grown Henry (now played by Andrew J. West) in Seattle, all unaware of their true identities. Henry believes he’s the author of a book of fictional fairytales. Lucy (Alison Fernandez), a little girl, shows up at Henry’s doorstep one day to tell him his fairytales are all true – and more, Lucy is Henry’s daughter by Cinderella (Dania Ramirez). Neither Henry nor Cinderella – Jacinda in our world – believe a word of this, though we’ve seen the truth of it in flashbacks and Lucy is desperate to find proof. Determined to thwart them: Cinderella’s icy stepmother, Victoria Tremaine (Gabrielle Anwar).

Co-creator Kitsis, who still serves as hands-on show runner with writing partner Horowitz, talks about this new iteration of ONCE UPON A TIME.

ASSIGNMENT X: Why did you choose Seattle as the setting for the new season?

EDWARD KITSIS: Because it was closest to Vancouver [where ONCE UPON A TIME is shot], and truthfully, New York just felt “done” to us, and then we also didn’t want to be like, “Hey, it’s L.A., but it looks a lot like Vancouver, and it’s raining.” So Seattle felt right.

AX: Are you using any actual footage of Seattle?

KITSIS: Yeah, we’re going to use stock footage, and the famous troll under the bridge, which is oddly holding a VW bug, like Emma’s. So we are going to have real Seattle things, but we’re in Vancouver.

AX: So is Season 7 like a restart of Season 1, where everybody is under a curse, except for Lucy?

AX: Without saying who they are, are there any secretly “woke” characters? It seems very hard to put Rumplestiltskin to sleep …

KITSIS: It’s very hard to put a lot of people to sleep. I don’t know. It’s not their first curse, so you would hope that some people are more prepared than others, but we’ll have to find out.

AX: Will you be revisiting any storylines from the previous six seasons and doing them in a different way that you might have wanted to do before but couldn’t for whatever reason?

KITSIS: Network television, you have to go on the fly. Cable, they get to write eight episodes and then go film them. We don’t have that luxury. So was everything we did perfect? No. But rock ‘n’ roll is messy, and we move on. What we are doing is updating the show in a way that feels fresh to us, and that we feel is more reflective of today. So we think this new cast, moving forward, is going to maybe touch on some of the things that we didn’t do in the first six years. But as far as regrets, who remembers?

AX: Will Regina get a new romance this season? She loved and lost in the previous arc.

KITSIS: We’re hoping to have one for her this season. We’ve got a few ideas in mind. Regina went from Evil Queen to Queen. And we saw her at the end of last season, and she was behind the Mayor’s desk. But what you’ll find is, Henry is going to need some help, and she comes to help her son, and she comes to realize that, for a fighter like Regina, being in a place with happy endings is boring.

AX: Can you say anything about LGBT representation in the new romantic relationships?

KITSIS: We can say that one of our characters will be gay, and we’ll have a love story like any other love story.

AX: For the actors who have stayed from previous seasons – Lana Parrilla and Robert Carlyle and Colin O’Donoghue – did you talk to them about what they wanted to do this season, now that their characters have new identities in Seattle?

KITSIS: Yeah, of course. We have a really great working relationship with everyone, and for people like Bobby or Lana or Colin who we’ve worked with for so many years, you’ll sometimes be like, “Hey, I was writing to this song,” and they’ll be like, “That’s so weird, I was reading to this song.” And so we of course talk to their characters and their growth and we work with them in finding new things. And I think that’s what makes TV fun, is that it’s such a collaboration.

AX: If the show is on long enough, are Rumplestiltskin and Regina ever going to have a therapy session about the fact that they have both killed both of their parents repeatedly?

KITSIS: Well, you know what, they should. They should. I think they’re going to try meditation and yoga, and then work their way up to that. You know what? I feel like if you watch the show, when we did the flashbacks of those moments, everything after that was Regina regretting it. So when she went to the Underworld and she got to say to her dad she was sorry, that was better than going to the therapist. She actually got to have closure. So I think both of them found closure in their own way.

AX: If you had predicted which characters you’d be keeping into a full reboot, would you have initially predicted the Queen, Rumplestiltskin and Captain Hook?

KITSIS: Kind of, because villains tend to need a longer time to redeem themselves, I suppose [laughs]. It was what it was, and I think that honestly I don’t think I would predict that we would be here. When we started, we were premiering against the World Series and football, and everyone predicted for us to be canceled. So we just thought, let’s just get through the first ten.

AX: So far, ONCE UPON A TIME has pretty much relied on Western European fairytales and stories that Disney had adapted. Are you going to reach out to any other cultural fairytales, like ones from Russia or …?

KITSIS: Maybe one day. We always want to, and that would be great. We would love to reach into other cultures and tell other stories.

AX: While it’s not unheard-of, it’s unusual for creators/show runners to remain active this far into the run of a series …

KITSIS: It is. I don’t think this precludes me and Adam starting something new someday, but we’re still having fun, and I think for us, we felt like in today’s world – we started this in 2010, and it was in the wake of the financial crisis, and I feel like seven years later, we still need hope. I feel like the message and the themes of this show still resonate, and are important today. Maybe we’re obsessive. It’s our baby, it’s hard to leave, I love the people, we’re still having fun. Yeah, a lot of show runners leave after Season 2 or 3, and we’re still going.

AX: Do you think one of the reasons you have stuck with the show is that the show itself changes so much every year that it’s sort of like working on a new show?

KITSIS: It really is. Every year is a new season. The premise of the show originally when we pitched it was, “Oh, the last episode will be Emma gets her happy ending.” But I think we can all agree that we would not be on today if Emma was still not believing Henry. So the most frightening thing we ever did was break the curse at the end of [Season] 1, and every year has been like a new season. So that’s when we started to say, “Well, why not reboot it? Why not see if this is a franchise or not? And if not, seven years is a good run.” It’s a good run, a hundred and fifty-some episodes. So we’re just having fun still.