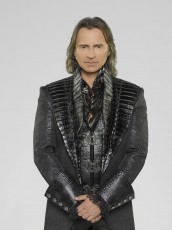 ©2017 ABC/Bob D'Amico
Robert Carlyle as Rumplestiltskin/Mr. Gold in ONCE UPON A TIME - Season 7
Interviews

ONCE UPON A TIME: Co-Creator Adam Horowitz on the Season 7 reboot – Exclusive Interview 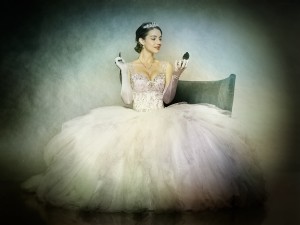 Perhaps most surprisingly, in a television industry where so many people move along from project to project, ONCE UPON A TIME is still being run by its original creators Edward Kitsis and Adam Horowitz. Horowitz shares his feelings about rebooting the show in Season 7, as well as the Season 6 finale, which conclusively wrapped up most of the series-long storylines.

ASSIGNMENT X: Were you actively looking to reboot ONCE UPON A TIME so you could do something different in Season 7?

ADAM HOROWITZ: The whole idea was, in success [being renewed for enough seasons], we were telling what felt like a six-season story. And we wanted to open the chapter on a new book, and keep the DNA of what the show was as part of it, but go in new directions with some of our returning characters and some new characters.

AX: Is there any explanation for why Henry is aging normally and nobody else is, given that both of Henry’s parents are from the Enchanted Forest?

HOROWITZ: The various reasons for why people are the ages they are, are explained in the first few episodes, why Henry appears to be older, or he’s aged some, and other people haven’t. There is some time explanation.

AX: When we’re not in Seattle, are we going back to the magical lands that we know from previous seasons, or are they going to be different magical lands?

HOROWITZ: There will be new magical lands, and we’ll also be seeing old ones as well. It’s a mixture.

AX: How real is the real world in your Seattle? What’s the balance between fairytale and grit?

HOROWITZ: It’s the real world that we’re in. It’s not a heightened real world the way Storybrooke was a little heightened because it was only populated by fairytale characters. This world, we wanted it to feel a little bit more grounded and real. I think it’s still consistent with the vibe of ONCE UPON A TIME. It’s not gritty or bleak, but it has darkness, and surprises, and its own kind of unique drama intrigue.

AX: Did you decide to set Season 7 in Seattle because Seattle because “Seacouver” is an easy fix – that is, they have similar climates and it’s relatively easy to make Vancouver, where  ONCE UPON A TIME continues to have its production base, look like Seattle?

HOROWITZ: Well, there was a little bit of that. We wanted to go to a city, and we wanted to have a different vibe than Storybrooke, and have our characters, our fairytale characters, interact with real-world characters. Seattle seemed like a great choice, and also is something we can shoot in Vancouver.

AX: Of the returning characters, were those played by the people who said, “Yeah, we want to do Season 7,” or did you pick those characters for story reasons?

HOROWITZ: It’s always complicated when there are changes in the cast, and there was a mixture of some people who wanted to move on, and then there were people who wanted to stay, and then the story dictated that we would go in certain directions that would include some characters and not others, which is not to say that we won’t be seeing some of the departed characters returning or popping up from time to time.

AX: Were you happy with the way you wrapped up Season 6?

HOROWITZ: I was thrilled. I thought everybody did a wonderful job, the cast and crew, in wrapping up the season. So we were all really happy.

AX: And what would you most like people to know about ONCE UPON A TIME Season 7?

HOROWITZ: That it’s still carrying on the spirit of the show that has been there for six years so far, and we have some fun new surprises and new and returning cast that we just love.